Sukhwinder Singh, a Punjabi illegal immigrant has been jailed for killing his brother-in-law, whose body he took to a police station in his car.

"He thought the deceased was having an affair with his wife."

Illegal immigrant, Sukhwinder Singh, aged 41, from Tividale in the West Midlands, has been jailed for five years after he stabbed and killed his brother-in-law Harish Kumar, from Willenhall, believing he was having an affair with his wife.

Singh chillingly turned up on August 10, 2017, at West Bromwich police station and told officers that he had Kumar’s body in the passenger’s seat of his BMW, which was parked outside the station.

Wolverhampton Crown Court heard that Sukhwinder Singh had also killed a man in India before he was allowed to come in the UK as an illegal immigrant.

His entry into the country was due to a clerical error by the Home Office, which subsequently allowed Singh to become a British citizen.

Before fleeing to the UK in April 2007, Singh was released on bail in India pending an appeal after serving seven years in prison for murder.

Singh had been involved in the killing of a student union president in Punjab, India, in 2003.

Travelling in a jeep with four other men, they purposely collided into a scooter with the student union president riding it. They then stabbed him fatally with a kirpan (religious dagger) up to 18 times.

“He had been convicted for murder in India and bailed but he believed his appeal would fail so he came to England where he stated that he had no criminal record either in the UK or overseas.”

Singh, known to be “extremely dangerous” and a heroin and cocaine user, became paranoid fully believing that Harish Kumar was having an extra-marital affair with his wife.

After which, on the evening of August 9, 2017, he went onto stab and kill his brother-in-law.

The next morning he then drove his body around in his car for some hours before he decided to go to the police station and reveal his crime to officers.

“In March 2017 the defendant became paranoid making accusations that his wife was seeing other people. He also has a history of domestic violence and at the time his wife was in sheltered accommodation.

“On the morning of August 10, 2017, the defendant went into the front office of West Bromwich police station.

“In the front seat of his car was a dead body killed by a single large stab wound to the chest, he had been killed sometime after 9pm the previous evening with such force that it cut the seat belt in two.

“He thought the deceased was having an affair with his wife.”

Previously at Wolverhampton Crown Court, Singh admitted to manslaughter and that he was suffering from paranoid schizophrenia, which was accepted by the prosecution. He was made subject to a hospital order. 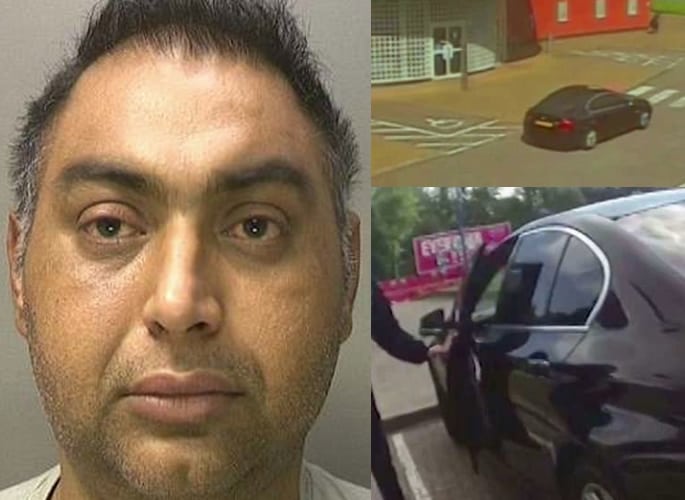 Singh was sentenced On June 29, 2018, by Judge Michael Challinor. He said:

“I have to sentence you for the offence of manslaughter, your plea has been accepted that your responsibility was substantially diminished by your condition at the time.

“The circumstances around the death of Harish Kumar are far from clear but what is clear is that you stabbed him in the chest with such force that you damaged his heart and aorta.

“As you know, you handed yourself into the police at West Bromwich and it soon became clear that you were suffering in terms of your mental health at the time of the killing and were suffering the delusions of paranoid schizophrenia.

“You pose a risk to the public and there is a previous case against you for murder in India where you served a period in custody but then you came to this country in 2007 after being bailed on an appeal – you should have been sentenced for murder for using a similar weapon, namely a knife.

“Following an admin error, you were given British Citizenship in 2011. Put plainly you are here illegally in this country.”

Tributes were paid to Mr Kumar with his family saying he was “a great, yet very humble man.”

A relative said in a statement read by the police:

“He was always there to help and he will be sadly missed – I just can’t believe that we’ve lost him.”

Sukhwinder Singh was sent to prison for life with a minimum term of five years and will be “subject to automatic deportation provisions” to send him back to India after he serves his sentence.

Amit enjoys creative challenges and uses writing as a tool for revelation. He has major interest in news, current affairs, trends and cinema. He likes the quote: "Nothing in fine print is ever good news."
University Student jailed for Causing Death by Dangerous Driving
Pakistani Man Tortured for Having Affair with Village Girl