Jeet Thayil, a South Asian author, is one of the six shortlisted writers in contention for the Man Booker Prize for the year of 2012.

he has struggled with alcoholism and battled with the addiction

Jeet Thayil was shortlisted for his first novel, Narcopolis, published by Faber & Faber, which received the judges’ praise for its use of powerful language and artistry throughout the book. Some themes which are explored in Thayil’s work include old age, memory and loss.

At the time of the longlist announcement earlier this year, Chair of judges Sir Peter Stothard commented ‘the new has come powering through’. When casting an eye over the shortlist, it is easy to surmise that this remark still stands as truth. Thayil is not the only author to have made the short-list with his first offering to the literary world; Alison Moore, who is based in the East Midlands has also made the list with her first novel.

The competition is certainly stiff this year, with two of the remaining four authors having notable success. In 2009, Hilary Mantel was awarded the prize with Wolf Hall, the first in a trilogy of historical novels detailing the rapid rise to power of Thomas Cromwell. She also holds the honour of being longlisted in 2005 for Beyond Black, a drama revolving around a touring psychic. Malaysian author Tan Twan Eng was longlisted for the prize in 2007 with his debut novel, The Gift of Rain. Deborah Levy and Will Self join Thayil and Moore in appearing on the list for the first time this year.

Sir Peter Stothard, Chair of judges and Editor of the Times Literary Supplement announced the shortlist at a press conference held at the Man Group’s London headquarters, where he was joined by four other members of the judging panel, including academic and literary critic Dinah Birch, historian and broadcaster Amanda Foreman, actor Dan Stevens and reviewer and writer Bharat Tandon. 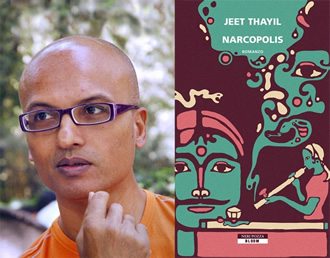 The announcement will be televised by the BBC with each shortlisted author receiving £2,500 along with a special hand-bound edition of their book. The winner will receive a further £50,000 and a possibility of increased sales. It is notable that last year’s winner Julian Barnes has gone on to sell over 300,000 printed copies of her book “The Sense of An Ending” in the UK alone.

But even the run-up to the main ceremony itself is set to be charged with excitement. The 15th October will see the shortlisted authors at London’s Southbank Centre reading and discussing key aspects of their work. The event will be chaired by BBC Radio 4’s popular broadcaster and former Man Booker Prize judge James Naughtie.

Though this is a first for four of the shortlisted authors, including Jeet Thayil, there are a number of new developments that have been introduced this year. As a mark for how powerful the written word is, book lovers across the country will be privy to the shortlist event by watching it live on the big screen at selected cinemas.

Jeet Thayil was born in Kerala, 1959 and is the son of the writer and editor, Padma Bhushan TJS George. He was educated in India, Hong Kong and New York as a result of his father being posted at these locations. Thayil achieved a Masters in Fine Arts from Sarah Lawrence College in New York and went on to win awards and grants from the Swiss Arts Council, the British Council and the Rockefeller Foundation. He has previously written four poetry collections and has been touted as the Indian Keats, exploring the pleasures and horrors of drugs, alcohol and death.

A five year project, Narcopolis is set mostly in Bombay during the 1970s and 1980s. His novel seeks to describe the city’s history and drug-culture, particularly when opium was set aside in favour of cheap heroin. 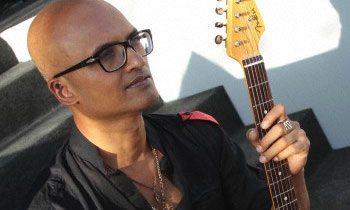 Thayil has said he wrote the novel to serve as a type of memoire to those he once knew in the opium dens and wanted to make a record of a world that has ceased to exist and was difficult to write about due to a yearning for a past phase in his own life, though he maintains that Narcopolis is not a reflection of his own life. In 2006, he told Indian newspaper The Hindu that he has struggled with alcoholism and battled with the addiction for nearly two decades before finally overcoming it.

In addition to being shortlisted for the award, Thayil has served as an editor for several different publications, including The Blood-Axe Book of Contemporary Indian Poets (Bloodaxe, 2008) and 60 Indian Poets (Penguin India, 2008), amongst others. He is also known as a musician and has played the guitar since the age of 13, the same time as when he first started experimenting with poetry. He has already begun work on a sequel to Narcopolis.

The winner of the 2012 Man Booker prize will be announced on Tuesday 16 October 2012, at the London’s Guildhall.

The winner’s ceremony can be watched live at selected Cineworld cinemas, Picturehouse cinemas and at the following independent cinemas.

DESIblitz wishes Jeet Thayil the very best of luck, and can’t wait to read more of his engaging and thought-provoking work.

Simi has a thirst for anything to do with classical music, arts and literature. She can't function without playing the piano at least once a day. Her favourite quote is "Enthusiasm is excitement, with inspiration, motivation and a pinch of creativity."
Anish Kapoor’s sculpture for Olympics
Chitra Banerjee Divakaruni ~ The Award Winning Author