Bradford Literature Festival 2018: Why you should be Excited

The Bradford Literature Festival returns for 2018 with a fantastic line-up of authors, guest speakers and unmissable events! Here’s what you can expect.

"The festival offers hope, passion and excitement to our audiences, and we hope they will leave challenged, inspired and uplifted"

Described as one of the most inspirational festivals in the UK, the Bradford Literature Festival 2018 welcomes its fourth edition. It welcomes plenty of world-renowned authors, poets, musicians and artists.

The festival was launched for the first time in 2014 to create a cultural and literary extravaganza emphasising the power and importance of the written and spoken word.

It also intends to showcase the “intimate relationship between words and other creative disciplines, such as art, music and film.”

In 2017, the international event had over 50,000 attendees, making it an incredibly popular cultural celebration. The festival saw over 350 events. This year, they can boast up to 500 events! These events will be taking place over the course of the festival from the 29th June until 8th July 2018.

Discussions will be taking place on an array of fascinating and relevant topics. This includes discussions on world affairs and politics through to scientific conversations and interracial marriage. 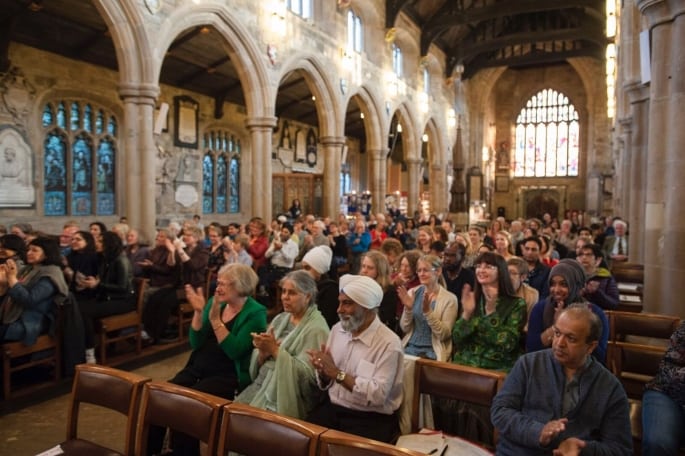 The programme for the Bradford Literature Festival 2018 is full of an array of talent and professions. The festival will be graced with the presence of famous poets and musicians, all the way through to the activists and even a Nobel Peace Prize nominee.

Speaking Volumes is also partnering up with the festival to mark the anniversary of the Empire Windrush. It will explore its legacy through discussion, music and performance rooted in Caribbean culture.

With such a large pool of talent and opinion, the festival is sure to cater to anyone and everyone’s interests. It’s also clear that this festival is composed of much more than a couple of compelling authors reading from a book. 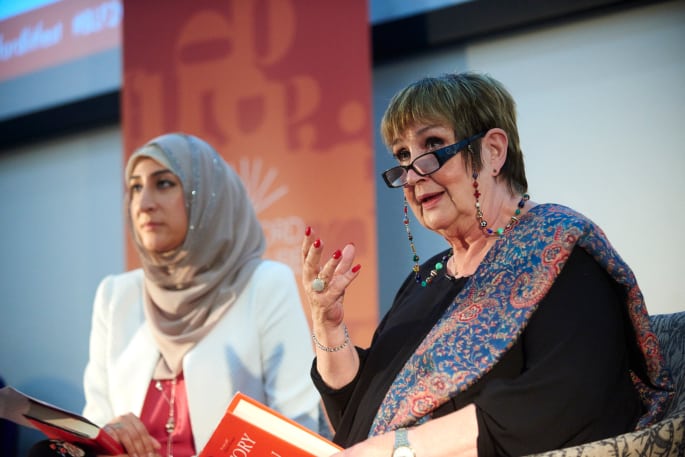 The Bradford Literature Festival will also launch several newly published books. This includes The Business Plan for Peace by Dr Scilla Elworthy and Don’t Let My Past be Your Future by Harry Leslie Smith.

Additional new releases include My Mother is Not Your Mother by Margaret Hockney and City of Sinners by Bradford’s own A. A. Dhand.

“We have seen the Bradford Literature Festival excel with every year, becoming an annual highlight not only for Bradford, but the national literature landscape.

“The city becomes a hub of culture, with a unique and diverse programme of social inclusion and educational events, which support and enhance Provident Financial’s own work within local communities.

“With our continued support, we hope to enable the festival to deliver even more eclectic and inspiring events in the coming years.” 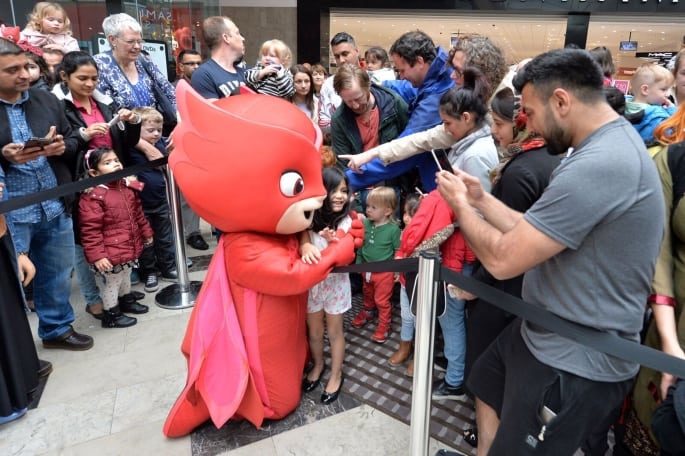 The festival has also implemented a great initiative to get students involved by holding free events for them.

These events are held throughout the Bradford District. In 2017, the festival’s events managed to engage and inspire more than 12,000 young people.

Students between the ages of 16 and 17 can also take part in their new Schools Takeover Challenge. This challenge offers a group of these students “the chance to curate and manage their own session to feature on the official festival programme”.

This is an exciting opportunity focused on the younger generation that will make a real impact. It will be effective for those creating the session and the younger festival-goers that take part in it.

For 2018, the session is aimed at tackling the subject of interracial marriage. It explores Othello and Desdemona to the recent wedding of Prince Harry and Meghan Markle.

The young curators will be responsible for all aspects of the event. They will have to pitch the concept, identify and invite relevant and exciting speakers. They will even have to manage the marketing and logistics side of planning the session.

Not to mention, the National Youth Theatre is another partner of the Bradford Literature Festival for 2018. So there’s no doubt that participation from young people is highly encouraged and celebrated throughout the festival.

A Word from the Director 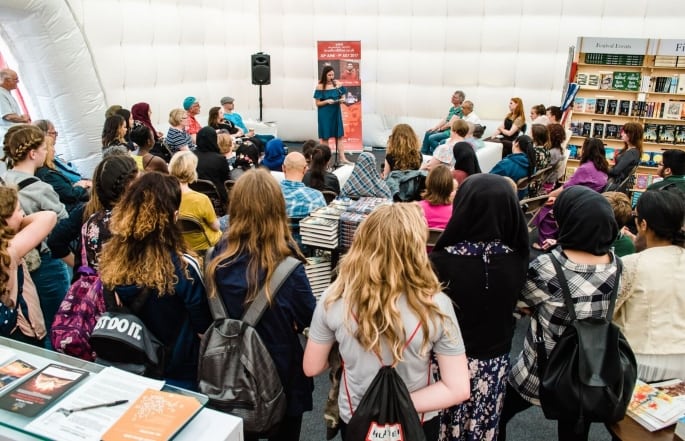 Director of the Bradford Literature Festival 2018, Syima Aslam, explains why the festival was set up. She also introduces this year’s programme as being reflective of the whole of society.

The emphasis is put on finding artists from a range of different backgrounds. The festival can then provide them with an artistic platform from which all of their voices can be heard.

“The festival was set up as a response to the challenges society faces, on a local and global level. Writers and poets have always been our conscience, providing the vision and clarity necessary for critical self-evaluation and growth.

“This year’s programme exemplifies the festival ethos of reflecting society as a whole, giving a platform to artists from an extraordinary range of backgrounds, nations, cultures, and perspectives.”

“The festival is especially proud to bring to the fore marginalised voices who offer audiences the opportunity to understand our world in new, and unexpected, ways.

“At a time when imagination and empathy are crucial tools for tackling the big issues of our time, Bradford Literature Festival seeks to create a space where ideas and stories can lead to mutual understanding. The festival offers hope, passion and excitement to our audiences, and we hope they will leave challenged, inspired and uplifted.”

No doubt, the Festival has transformed considerably in a short space of time. In 2014, the international festival had its debut attracting an audience of 968 people. Since then, the event has ballooned. This year, it will welcome 500 speakers in more than 400 sessions.

With a growing number of events in 2018, the vibrant festival will be attracting tens of thousands of people. They will have the pleasure of witnessing mesmerising, exciting and interesting performances.

You can find out more about the event and check out ticket prices, you can visit the festival’s official website, here.

Home Fire: Kamila Shamsie wins Women’s Prize for Fiction 2018
Indian Summer Arts Festival: The What, Who and Where