Why you should be Excited about Darksiders 3

Darksiders has a cult following in gaming. With the announcement of the much-awaited Darksiders 3, DESIblitz explains what’s to love about the series.

The Darksiders universe features what can only be called cosmic fantasy.

Darksiders 3 has been announced. The original having released in 2010, and its sequel in 2012, the franchise has been off the radar for some time.

Yet, over the years, Darksiders has arguably taken on a cult-status in gaming. It has been hailed by fans as an underrated game, and, ever since its premature demise, has been mourned.

Now, the franchise is back from the dead. With this, it’s the perfect opportunity for new players to jump onto this much-loved but still overlooked franchise.

Here are just a few reasons why you should be excited about Darksiders 3.

Undeniably, the greatest draw of the Darksiders franchise is its sense of style. Created by comic-book artist Joe Madureira, the whole series is based off his over-the-top designs.

This makes for a series with a distinctive and, frankly, cool image. Everything in the Darksiders universe is big and fantastical, from weapons to environments to characters.

The two warring factions of Heaven and Hell also enjoy this treatment. The demons come in a range of shapes and sizes, each monstrous and terrifying. Meanwhile, the angels of Darksiders are adorned in heavy, gold-white armour, with bulky, giant wings.

In all, the series has a highly unique look. A kind of pulp-factor that has made the likes of Warhammer 40,000 so iconic.

From what has been shown of Darksiders 3 so far, it looks to be carrying on this lineage in full. 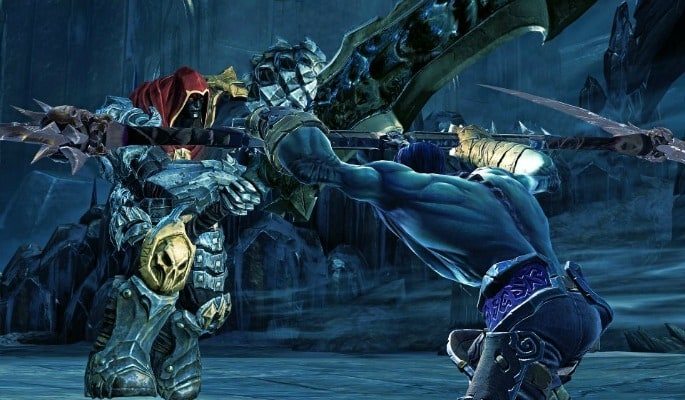 Matching its style, the story of Darksiders is equally over-the-top and fantastical. Based very loosely off Christian theology, the Darksiders universe features what can only be called cosmic fantasy.

There is Heaven, there is Hell, there are planets and there is magic. Connecting it all are the principal protagonists of the series: the Four Horsemen of the Apocalypse. These are the servants of the Charred Council, meant to dish out justice when the apocalypse finally comes around.

Yet, the first Darksiders opens with this going awry. The apocalypse comes early and humanity is wiped out in the war between Heaven and Hell, something that sees the horseman War framed.

All games take place with this same time-frame, and build to the same climax you see at the end of the first Darksiders. Yet with each game featuring a different horseman – Death in Darksiders 2 and Fury in 3 – each offers a different perspective, and often interconnects with the first game’s plot in interesting ways.

It might not be Shakespeare, nor Tolkien, but Darksiders’ story and universe is written with a self-confidence that makes its over-the-top fantasy work. 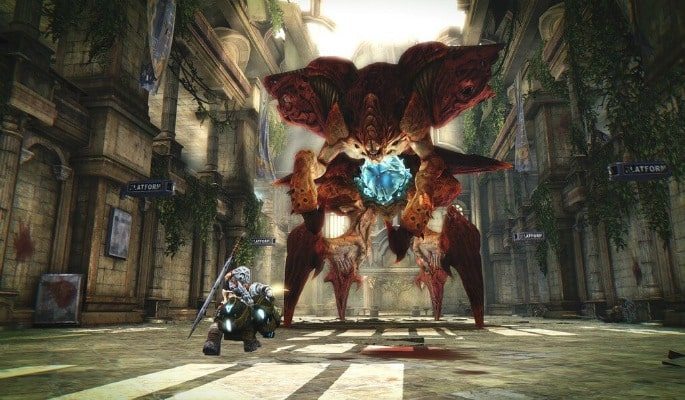 Not to be seen to be subservient to Darksiders’ style or story, the gameplay of the series is another strong point.

Called by some as being ‘Dark Zelda,’ the series takes clear inspiration from that series. But the game merges its Zelda influences with God of War­-esque features.

There are dungeons to explore, and bosses to slay, and there are items that will help you unlock new areas of the world at their end. In between, there is hack-and-slash combat complete with finishing moves and ultras.

Darksiders 2 also introduced role-playing elements to the series. In the sequel, players could not only pick dialogue options at times, but also find and equip loot for Death, changing his stats and performance in the process. Whether Darksiders 3 will make a return to this, only time will tell.

Nevertheless, whichever way Darksiders 3 goes, players can expect a return to this Dark Zelda style of gameplay. Indeed, with the game revolving around the hunting down of the Seven Deadly Sins, Darksiders 3 may be taking influence from the latest Zelda’s more freeform approach.

Either way, there is much to be excited about.

Back from the dead 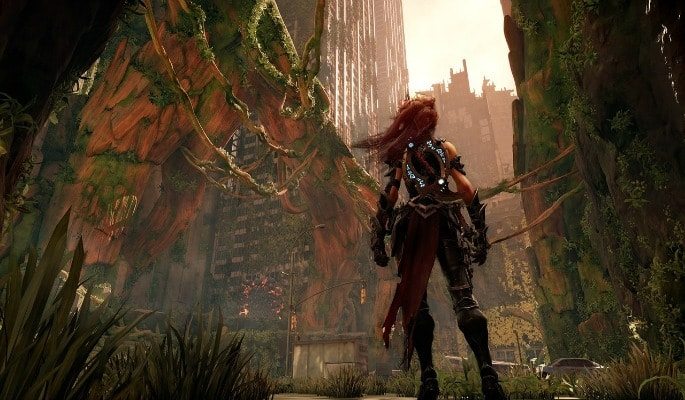 Resurrection is a key and repeated theme in the Darksiders universe. Yet it is now also a part of the series’ presence in the real world.

After the collapse of publisher THQ in 2012, the fate of Darksiders was left in limbo with its developer being shut down. The franchise was soon acquired by Nordic Games in April 2013. Yet, since then, there have only been next-gen remasters of the first two games.

Now, however, a much longed-for third game has been revealed. Set for release in 2018, the game will be releasing some six years after its previous entry, and eight years after the first.

It has been a long hiatus, no doubt. Yet running off a new engine and in the hands of some of the previous developers, there is much to be excited about with Darksiders 3.

Set in a distinctive, imaginative sci-fi fantasy universe, and featuring old-school gameplay infused with more modern features, Darksiders has long been an unappreciated gem of video-gaming.

Its return, safe to say, is more than welcome.

Demo sets Prey as May 2017s most Exciting Game Release
Could Microsoft’s HoloLens mark the End of Mobile Phones?