Why you should be Excited about Injustice 2

Injustice 2 is ready to hit the store shelves this week. With everything from multiverses to mobile apps, DESIblitz breaks down this massive game.

Injustice 2 is a game which is so full of features, it’s easy to lose track of them all. As a fighting game especially, this makes it only more impressive.

Containing the usual fighting game systems, it also includes a full-fledged story mode with player-driven choices, a regularly updated meta-game, loot, and even a mobile companion.

And indeed, there’s still more to Injustice 2 than that. Safe to say, there’s plenty here for even newcomers to the fighting game genre to give the game a try.

With Injustice 2 hitting stores on 16th May 2017, let’s break down the biggest features of this massive game. 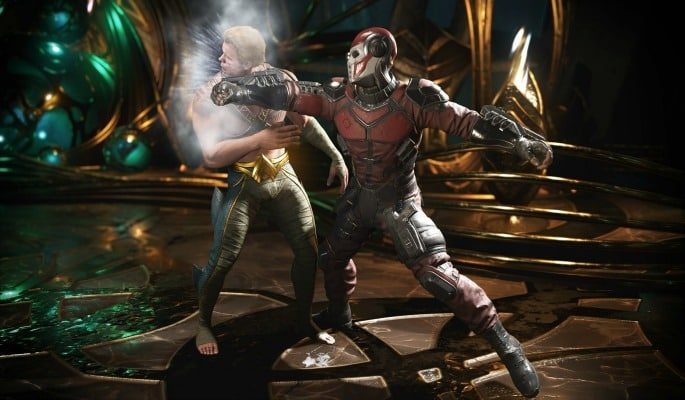 As a fighting game first and foremost, it makes sense to start with the gameplay of Injustice 2.

Like most fighters, a characters’ moves dictate through a combination of button-presses and a relevant direction. It can be quite tricky getting into it. Yet, generally easy to pick up – and Injustice 2 is one of the more forgiving fighters around.

Making it distinct, however, are the stage transitions. These allow you to beat your opponents off-screen and into another part of the arena. Whether that’s an alley in Gotham or underground catacombs. Like much in the game, these are typically epic and over-the-top in their execution.

Similarly over-the-top are the super moves of each character. These range from time travelling to hitting your opponent with a past version of them. To blasting your enemy into the depths of space to crush them in a giant fist. Each super is highly creative and easily re-watchable.

With there also being some 30-plus characters to play, from all across the DC Universe, there is much to Injustice 2 in the gameplay department.

If you’re after an easy to get into fighter game, with a familiar setting and which lets you carry out epic moves without too much trouble, Injustice 2 is a perfect game for you. 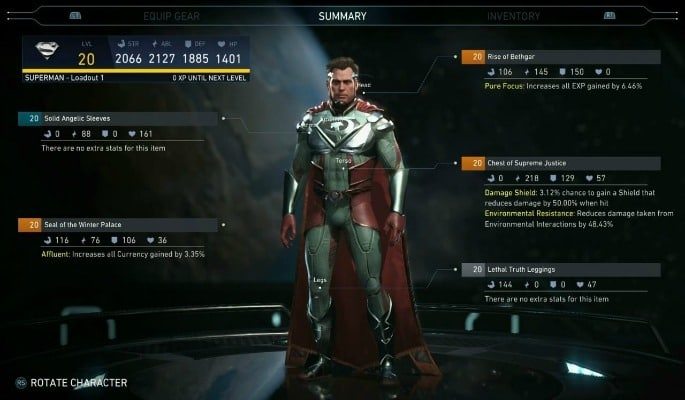 As is increasingly becoming a NetherRealm tradition, the game is packed with a wide variety of features.

First and foremost is the game’s story mode. Following after the first game, Injustice 2 is set in a dystopian DC Universe. Superman has been driven to extremes and Batman seeks to stop him. This leaves a world without a Justice League just at the time that the intergalactic evil, known as “Brainiac,” strikes.

Featuring fully rendered cut-scenes, as well as the tantalising promise of letting players change the course of the story in big ways, Injustice 2’s story should be a pick draw for any fan of the superhero genre.

Injustice 2 also features the usual online and offline multiplayer modes. Yet, what makes these particular distinct is the inclusion of loot.

The game lets you equip various items to your favourite characters to tweak your stats. For competitive play, stat changes can be turned off to just make the armour cosmetic. Even then, with the range of items available, it is a worthwhile addition all the same.

Finally, the last feature worth touching on is the Multiverse. These are like the Living Towers in 2015’s Mortal Kombat X, regularly updated side-content for you to take on a single-player. Doing so, will level your favourite characters up, and earn them new gear to wear.

Whether you’re a fighting game veteran or a newbie, there’s plenty here to sink your teeth into. 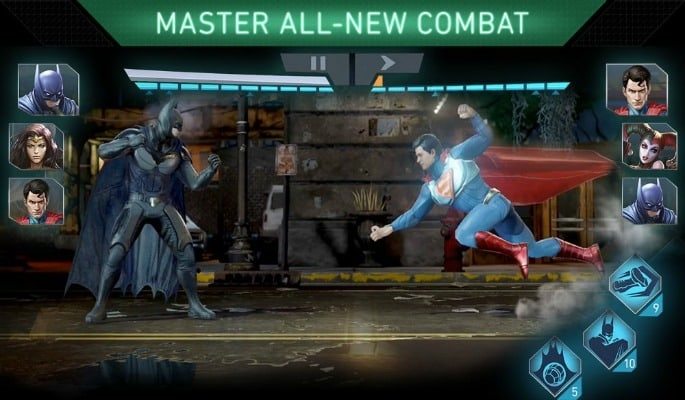 Injustice 2, like its predecessor, also features a mobile companion app. Free to play and available for both iOS and Android devices, the mobile app is designed to be the perfect way to get a taste of the game if you don’t have a console.

The app adapts Injustice 2’s combat system into a swipe-based mechanic. Unlike the first mobile app, though, players can now move about the stage freely, crouching and jumping.

At the same time, the app also features the same gear system as its console siblings. Some loot for the console versions of the game is also unlockable via the mobile app.

Perhaps most exciting, however, is how the mobile version of Injustice 2 features the same storyline like its main counterpart. This includes the fully rendered cut-scenes.

These will be released chapter by chapter, though, perhaps making for a bit of a wait for those wanting to play it straight through.

Nevertheless, the original Injustice companion app became well-received for its pick-up-and-play design and regular updates. With this in mind, there is much to look forward to in Injustice 2’s mobile version as well as its main console versions. 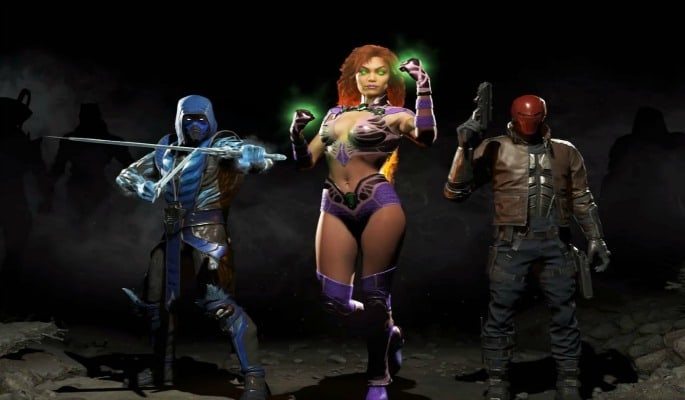 With so much to offer already, it would be hard to imagine what more Injustice 2 could hold. Yet with the game, NetherRealm intends to offer more support than with any of their previous endeavours.

This includes multiple downloadable fighters. NetherRealms will be releasing multiple fighters at a time in “Fighter Packs.” The first of these will supposedly include Red Hood, Starfire, and Sub-Zero from the Mortal Kombat franchise.

With at least two more Fighter Packs in the works, they set to release a continual expansion to Injustice 2’s roster post-launch. You also acquire the character of Darkseid if you’ve pre-ordered the game or purchase him separately otherwise.

Lastly, Injustice 2 comes, somewhat annoyingly, in a number of editions. These cost upwards of £90, but include all upcoming DLC characters, as well as a number of premiere skins and other goodies. If you’re looking at buying the game anyway, and intend on buying all the DLCs, this may be worthwhile. 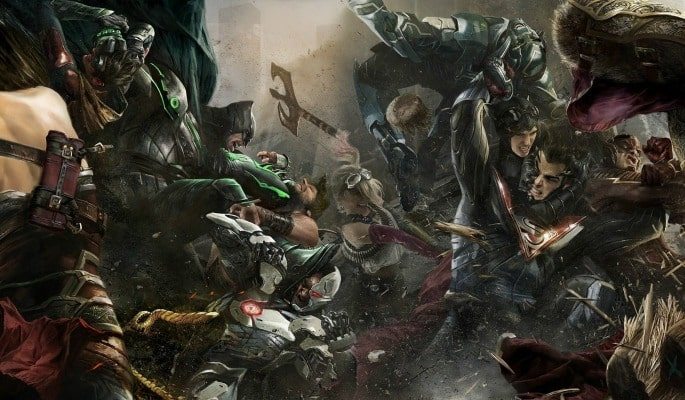 It’s troubling ultimate editions aside, Injustice 2 looks to be brimming with value, whatever version you purchase.

With such scope and variety, it really should be the perfect game for newcomers to the fighting genre to dive into.

Whether you’re a fighting game veteran, a fan of superhero stories or someone after a new game to sink your teeth into, there’s something for everyone in Injustice 2.