The ZEE Jaipur Literature Festival makes its return to The British Library for a fifth year. Founder and co-director Namita Gokhale tells us what to expect.

“We should be the Jaipur 'Lively' Festival. There are no easy conversations"

“Lively” is the term founder and co-director Namita Gokhale uses to describe the ZEE Jaipur Literature Festival (JLF) at The British Library.

Returning to the UK for 2018, JLF promises an outstanding array of literary talks, musical sessions and poetic discourse.

Now in its fifth year at London’s iconic venue, the festival will welcome over 100 eminent authors and thinkers between Friday 8th and Sunday 10th June 2018.

Together they will discuss contemporary issues on art, faith, culture and progress. In particular, audiences can expect animated dialogue on the UK’s ongoing relationship with India and how tremors of the British Raj still echo in the East. 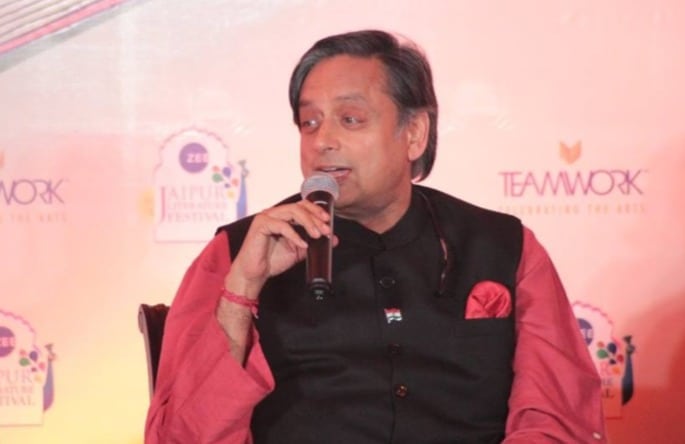 Opening the JLF programme for 2018 is none other than Shashi Tharoor. The esteemed writer and Indian politician has become somewhat of a virtuoso in his perspective of British colonial rule and its lasting impact on India.

Author of Inglorious Empire (2017), and now touring his latest book, Why I Am A Hindu, Shashi will be in conversation with Namita at the Durbar Theatre.

Tharoor will also be a part of a number of interesting panel discussions over the following two days. The first is on ‘Railways and the Raj‘, alongside historian Christian Wolmar and author Monisha Rajesh. Together they will touch on how the introduction of railways in India transformed not only the scenic landscape but its economic position.

In another talk with Mike Brearley and Ashok Ferrey, Shashi will discuss the evolution and of cricket. ‘Cricket and Nationalism’ touches on the colonial roots of the popular pastime and how it has become synonymous with Indian national identity.

Other discussions include ‘Ghosts of Empire’ detailing the impact of the British Empire on the colonial world in modern times, and an in-depth portrait of the late Prime Minister, Winston Churchill, ‘Churchill: Hero and Anti Hero’. The panel discusses this complex and enigmatic figure of modern British history and his turbulent relationship with India.

With the Commonwealth, India’s relationship with the UK, and, of course, the impact of the British Raj continuing to be quite topical amongst the British Asian diaspora, spectators can look forward to quite a lively debate over the two days:

“We should be the ‘Jaipur Lively Festival’. There are no easy conversations. Our talks encourage so many different points of view.”

A Lesson in Poetic Discourse with Javed Akhtar and Shabana Azmi

Perhaps one of the most anticipated events of the entire weekend is Saif Mahmood’s in-depth conversation with two of Indian cinemas most iconic couples: actress Shabana Azmi and poet and lyricist Javed Akhtar.

Namita notes that the presence of both of these stars is a true festival highlight, and they will discuss the “poetry of their parents”.

While many fans will be familiar with Shabana’s family connection to poetry through her revolutionary father, the late Kaifi Azmi, many may not know of Akhtar’s own ancestral history.

As Namita tells us, Javed’s father, Jan Nisar Akhtar, was also one of the great figures of Urdu ghazals and poetry.

Incredibly, the legacy that has been left by both of these 20th-century poets is one that has seeped into contemporary Asian culture. Both Shabana and Javed will discuss the continuing traditions of Urdu literature alongside some special readings at ‘Jan Nisar and Kaifi’. 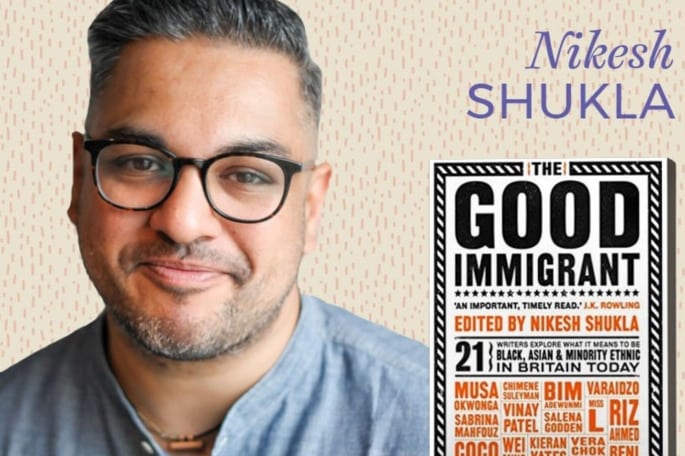 With so many events to look forward to, Namita highlights those that she is looking forward to the most.

“What is lovely [about JLF] is that you get the chance to meet old friends in different places and have new conversations with each other.”

Aside from Shashi Tharoor and the very special in conversation with Javed Akhtar and Shabana Azmi, Namita recommends:

On the morning of Sunday 10th June, British Asian author and journalist Nikesh Shukla will arrive at the Durbar Theatre to discuss writing about race.

Editor of the critically acclaimed anthology, The Good Immigrant, Shukla has become somewhat of a pivotal figure in leading the dialogue of diversity within literature.

Having founded the ‘Jhalak Prize for Book of the Year by a Writer of Colour’, he is attempting to re-define what modern-day literature is and who it reflects.

Joining Shukla in the race debate is British Zambian poet Kayo Chingonyi who has become well-known for his incredible realism in his work. The creatives both chat to novelist Prajwal Parajuly about multicultural dialogues and the power of words.

Also recommended by Namita is Tridip Suhrud and Faisal Devji’s conversation with historian Alex von Tunzelmann (Indian Summer: The Secret History of the End of an Empire).

Described by Namita as the “greatest experts on Gandhi”, Suhrud (The Caravan, A Journal of Culture and Politics) and Devji (The Impossible Indian: Gandhi and the Temptations of Violence) discuss the Mahatma’s life and interactions through his letters.

JLF is well known for touching upon hard-hitting social issues that affect many men and women in modern-day India.

In a special panel discussion, poet and feminist writer Meena Kandasamy will talk to authors Neelima Dalmia Adhar and Jaishree Misra about their respective novels, touching on the role of women in modern Indian society.

Notably, Meena Kandasamy recalls her own experiences of domestic abuse and marital violence in her book When I Hit You.

Financial Times writes of her:

“Hers is exactly the sort of voice the Indian far right seeks to silence…Its beating heart is a universally recognised quest for freedom and meaning in a world where women are still shockingly undervalued.” 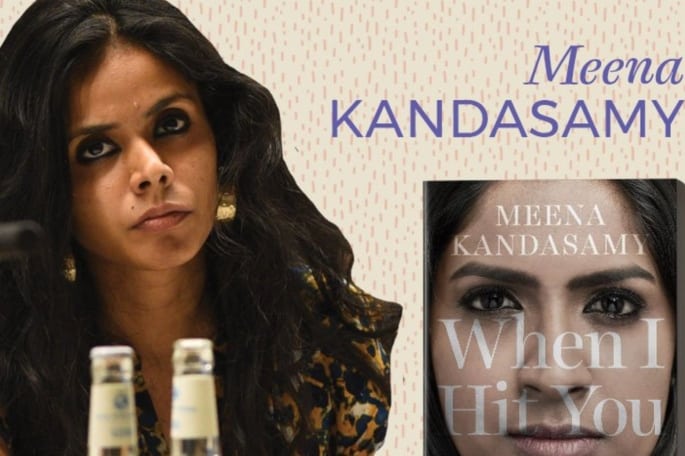 One of the most archetypal projections of Arab and Persian culture can be found in the pages of One Thousand and One Nights.

The collection of Middle Eastern folk tales have endured over the centuries.

Part of the musical addition to ZEE JLF at The British Library, guests can spend an afternoon enjoying the beauty and magnificence of Bulleh Shah’s poetry.

An icon of pre-modern Punjabi literature, his works have been translated and adapted to suit may artistic mediums.

Shah Abdul Latif, a contemporary of Bulleh Shah, is also regarded as a champion of Sindhi literature. Translator Christopher Shackle discusses the continuing influence of these two greats with Navtej Sarna.

In addition to the conversation, musical renditions will be provided by Amrit Kaur Lohia.

The Continuing Success of JLF

Over the years the Jaipur Literature Festival has cemented its position as one of the epicentres of literary thought.

Under the close direction of its founders and directors, Namita Gokhale and William Dalrymple, the festival has become an open platform for critical thinkers to share their unique viewpoints.

Held each year in the pink city of Rajasthan’s capital, the Jaipur Literature Festival is synonymous with literary debate and social commentary in India.

In fact, it’s global reach has led to JLF enjoying a fruitful relationship with The British Library for the last five years.

With a programme that is richly diverse, Namita mentions that the aim of the London strand has been to keep in mind the love that fans have for the original festival in Jaipur and to stimulate audiences with home stories in a new setting.

Of course, in hindsight, Namita never initially imagined the impact that it would have when she first founded the festival in 2006. It was only between 2008 and 2011 that she began to realise that she had created something special.

But Namita is adamant that the festival doesn’t belong to her or her team, it is an open platform that invites audiences to bring their own opinions, viewpoints and discussions to the ever-expanding table.

Perhaps it’s no wonder that JLF is dubbed by many as ‘the greatest literary show on Earth’.

For more details about ZEE JLF at The British Library and to book tickets, please visit the Jaipur Literature Festival website here.

Gallery 37 Showcase: DESIblitz to give £10K Worth of PR to Winner
The Bangladeshi Wedding Ceremony