The amazing ZEE Jaipur Literature Festival 2019 is back in London for its sixth edition. Cricketer Shahid Afridi and actress Manish Koirala will attend.

The annual ZEE Jaipur Literature Festival returns to London for 2019. The festival will take place at the prestigious British Library from June 14 to June 16, 2019.

The unique multilingual literary heritage from South Asia will come to life at JLF 2019. After concluding in the heart of London, JLF will also travel to Belfast for the very first time.

The 2019 festival has a wonderful programme, featuring almost forty sessions. Reflecting various disciplines, genres and cultures, more than ninety speakers will be in attendance.

Besides the grand feast of ideas and discussions over the weekend, the festival will showcase the soul-stirring Morning Music.

Let’s take a more in-depth look at the Jaipur Literature Festival programming, including an exacting array of performances, discussions and conversations. 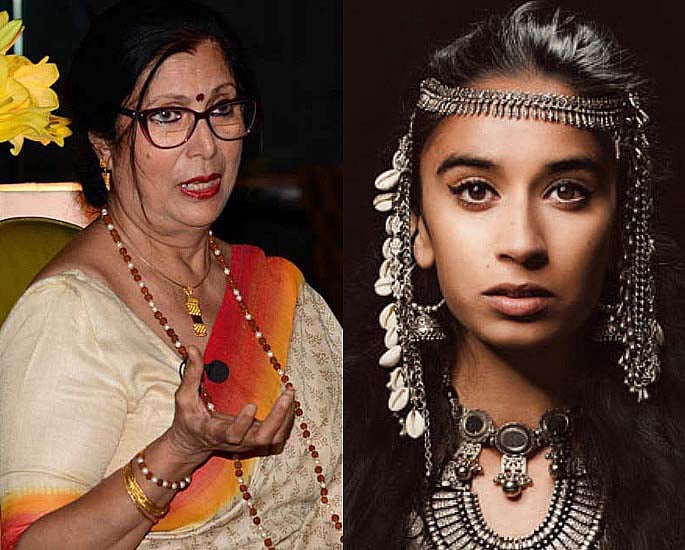 Morning Music will be taking place ahead of the sessions on Saturday and Sunday. Acts include classical singer Dr Reba Som and sophisticated singer-songwriter Amrit Kaur Lohia

Dr Reba, a historian born in Darjeeling is a skilled advocate of ‘Rabindra Sangeet’ (tracks written and produced by musician Rabindranath Tagore).

She will perform to Anando Gaanor (Songs of Joy). This consists of some poems from Tagore’s devotional Gitanjali (1910), which won Nobel Prize for Literature. 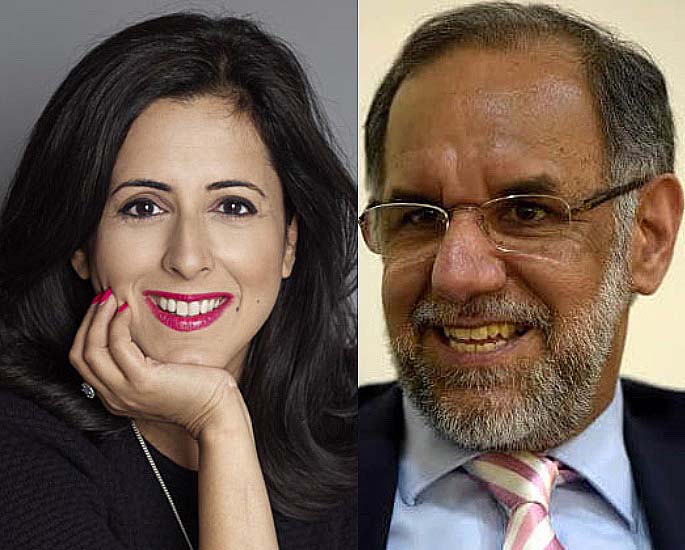 Navdeep will discuss the 2019 translation of the book Khoon Vaisakhi: A Poem from the Jallianwala Bagh Massacre (1919) by his grandfather Nanak Singh.

With the book being critical of the British Raj, speakers will look back at the epic poem, which got banned following publication

This event takes place at the Pizza Pavillion between 1:45-2:45 pm on June 16, 2019, a century after the shocking Jallianwala Bagh massacre.

Historian Dr Kim A. Wagner and broadcaster Anita Anand will be in conversation with author Navtej Serna.

Kim will mark a hundred years with his book Jallianwala Bagh: An Empire of Fear and the Making of the Amritsar Massacre (2019)

The dramatic book tells the story of the massacre and the repercussions of it.

Anita will shed light on The Patients Assassin: A True Tale of Massacre, Revenge and the Raj (2019), a fascinating tale about one Indian man’s quest for justice. 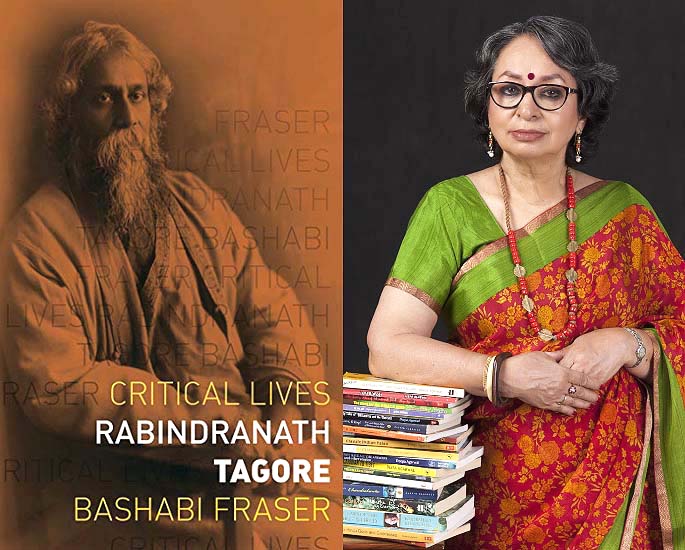 Post-colonial scholar Bashabi Fraser and Dr Reba Som will have an in conversation with author Somnath Batbayal.

Fraser will speak about her forthcoming biography on the famous Bengali poet and thinker Rabindranath Tagore.

The panellists will discuss Deepa’s groundbreaking book The Begum: A Portrait of Ra’ana Liaqat Ali Khan (2019).

The book focuses on the wife of Liaquat Ali Khan, the first Prime Minister of an independent Pakistan.

Other historical subjects will be discussed by speakers Tristram Hunt and Christopher de Hamel. 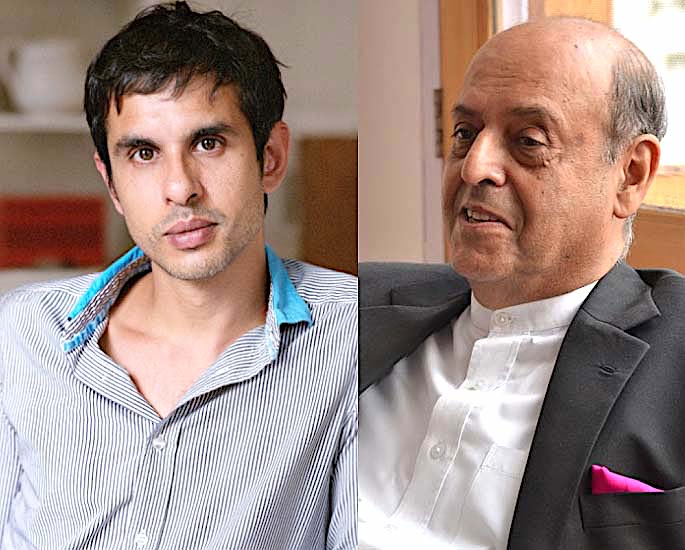 Navin who has written the book Every Book Counts (2019) will be discussing the 2019 Indian general election results. He will also touch upon the strength and weaknesses of India’s ‘democratic convictions.’

The three will participate in The City and the Nation State event that takes place at the Durbar Theatre on June 16, 201,9 between 1:45 pm and 2:45 pm.

They will be discussing several key topics including urban hubs, migration, ethnic diversity and nationalism.

In another session, This is London: Life and Death in the World City (2016), author and British-French Journalist Ben Judah will be discussing the capitals complex social makeup. 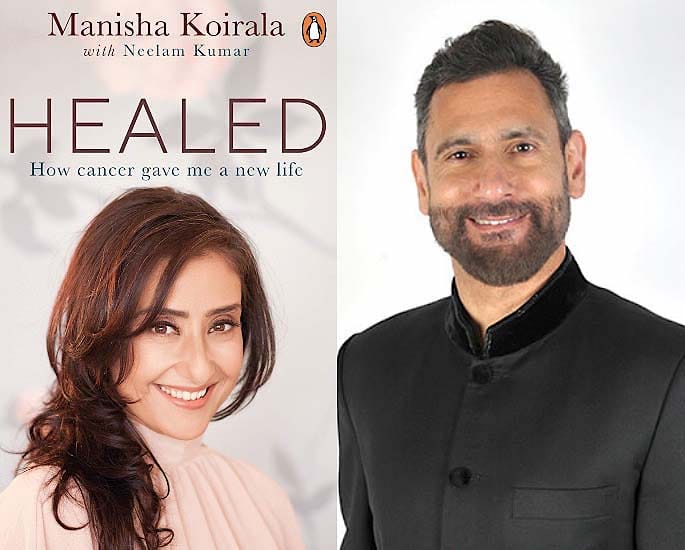 The Healing: Of Bollywood and Beyond conversation aims to inspire readers suffering from the illness.

The Healing: Of Bollywood and Beyond presented by DESIblitz will take place at the Durbar Theatre on June 16, 2019, between 5:30 pm and 6:30 pm.

This event will explore Masala Shakespeare: How a Firangi Write Became Indian (2018), a book, which takes a look at inspiration from Bard on Indian films. 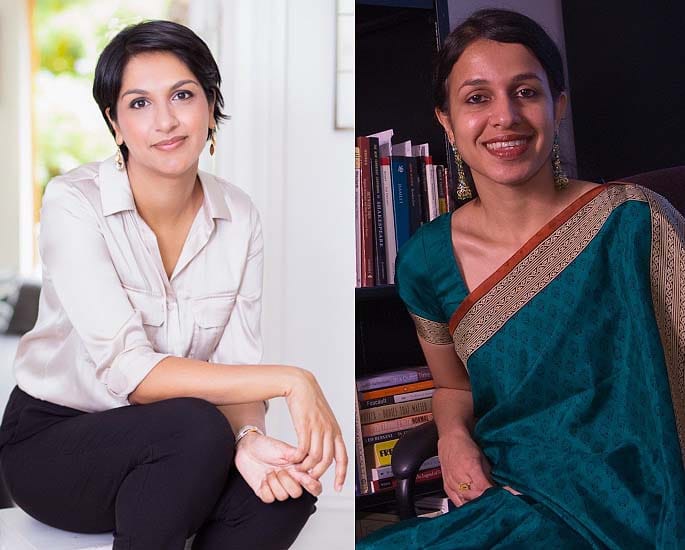 A panel of experts on race, class, gender and social justice will discuss the subject of intersectionality. 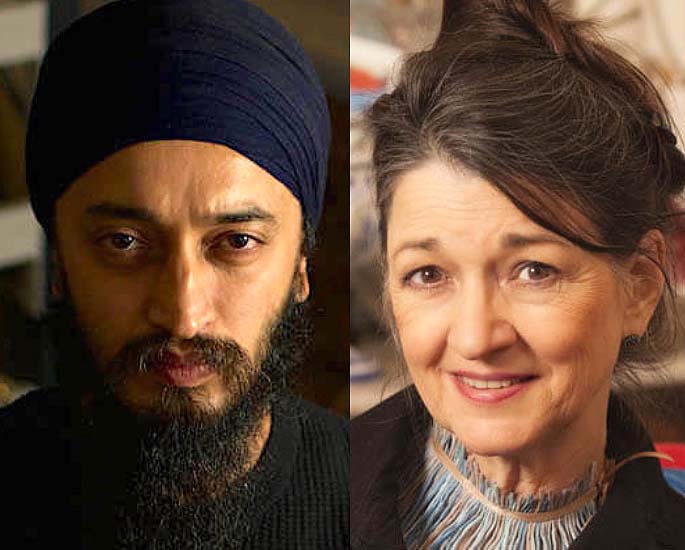 Experts from the field of visual arts will be part of the 2019 Programme. Leading Indian art collector Davinder Toor and curator Paramjit Singh will have an in conversation with famous author William Dalrymple.

Davinder will showcase his book, In Pursuit of Empire: Treasures From the Toor Collection of Sikh Art (2018).

In his book, Toor details an array of artwork, which was commissioned two centuries ago reflecting the Sikh empire in Punjab. 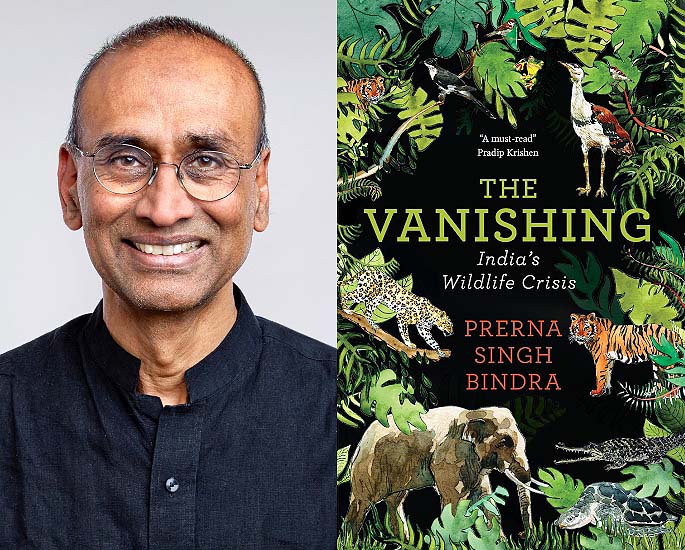 Science will be another theme as part of the Jaipur Festival 2019. Nobel prize winner and author Venki Ramakrishnan will be in conversation with Professor Roger Highfield about his book Gene Machine: The Race to Decipher the Secrets of the Ribosome (2018).

The book will reveal one of the greatest puzzles of humanity, the ‘gene reading molecule.’

Ramakrishnan will take audiences on a scientific voyage with Gene Machine on June 15, 2019, at the Durbar Theatre between 12:30 pm and 1:30 pm.

Author Prerna Bindra, award-winning poet Ruth Padel and author Raghu Chundawat will get together for a discussion with John Elliott.

Taking into account Bindra’s The Vanishing: India’s Wildlife Crisis (2017), the panellists will discuss the connection between humans and the natural environment.

Elsewhere, Marcus Du Sautoy will speak about his book The Creativity Code (2019).

Whereas author Roger Highfield will discuss his upcoming book The Dance of Life: The New Science of How a Single Cell Becomes a Human Being (2019). 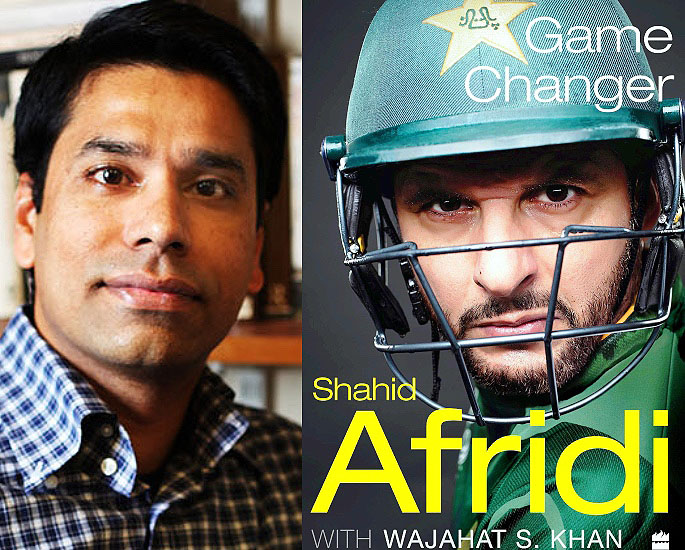 The cricket genre will also be part of the 2019 Jaipur Literature Festival mix. Game Changers: Cricket Country will be a very interesting session to attend.

Four high profile panellists will explore how South Asian cricket has become a representation of national identity. Surrogacy for contesting nationalisms will also be explored.

He will be discussing his riveting and controversial memoir Game Changer (2019).

Afridi will be joined by Emmy nominated journalist and co-author Wajahat Hussain.

Autor Prashant Kidambi will speak about his book, Cricket Country: An Indian Odyssey in the Age of Empire (2019).

The book is about how the idea of India came about on the cricket field. This is following the first Indian cricket tour of Britain and Ireland. 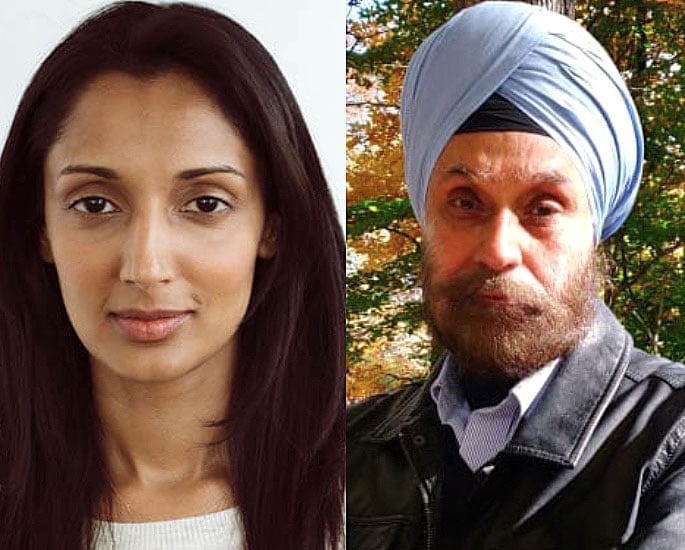 Some authors on the 2019 Jaipur Literature Festival (JLF) programme will discover the themes of Travel and Cultural Identity.

Addressing the theme of spirituality, authors Christopher de Bellaigue and Navtej Sarna will also be speaking at JLF 2019.

Earlier, the organisers ran a blogging competition for literature enthusiasts and bloggers via the online writing community Wattpad.

The winners will have the chance to participate in JLF 2019 as Official Festival Bloggers. 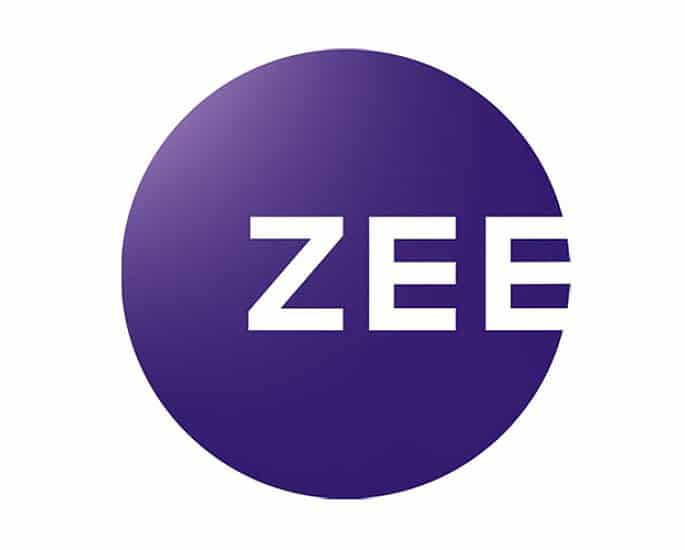 Zee Entertainment is the title partner for the 2019 Jaipur Literature Festival.

The RA award was introduced, following a collaboration between Teamwork Arts and the RA Foundation.

The RA award is a fantastic imitative to promote debut writing, linking themes around India and South Asia.

This is a great platform for first-time writers of poetry and fiction to increase their visibility.

Tasha Suri was the first recipient of the RA award for her book Empire of Sand (2018). Tasha will be congratulated during a private function at the British Museum on June 15, 2019.

On June 16, she will also be speaking at the festival. 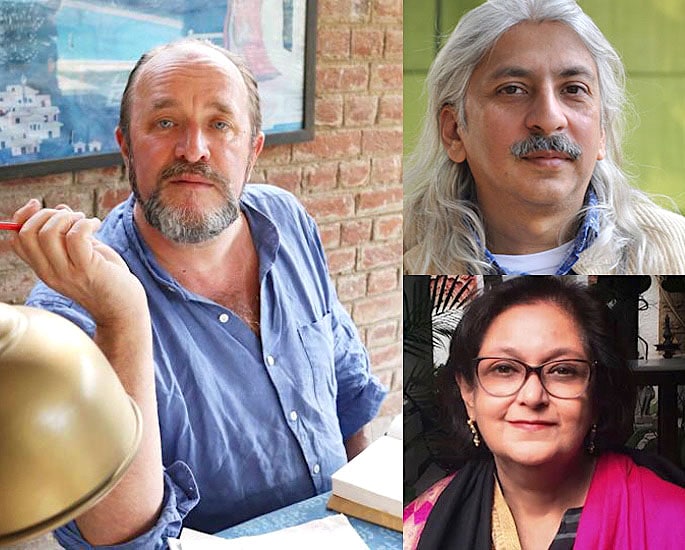 The festival team look ahead to the Jaipur Literature Festival 2019.

“We examine books and ideas and the crucial intersectionalities of our changing times, the politics of culture, the joys of music and the consolations of poetry and philosophy in a series of mind-stretching sessions, panels and re-imaginings.”

Festival Co-Director and author of the book The Anarchy: The Relentless Rise of the East India Company (2019), William Dalrymple, expressed:

“In just over a decade, the Jaipur Literature Festival has grown from 14 lost tourists to a third of a million people and it’s now the biggest festival of literature in the world.

“With our strongest London line-up yet, we can’t wait to bring its energy and colour to the British Library: our Jaipur-on-Thames.”

“We’re back for our sixth edition in London with a colourful bandwagon of books, ideas and dialogue that capture our imaginations and explore the dynamic and challenging times we live in.

“ZEE JLF at the British Library will look at history as well as current affairs, explore scientific works and the creative worlds of cinema, literature and poetry.

“This year we’ve also partnered with the British Museum for an evening of conversations and are headed for the first time to Belfast for our second outing in the UK.” 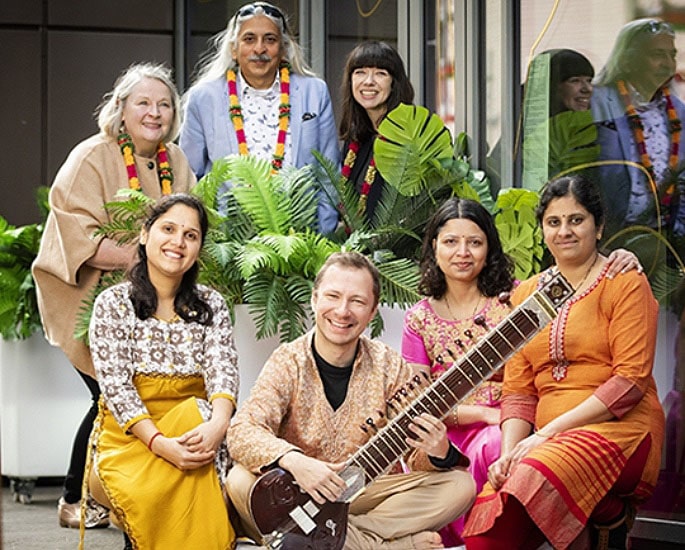 Following the conclusion of the Jaipur Literature Festival in London, the festival will for the first time travel to Belfast. This will be the second UK stop for the festival.

Making its debut in Belfast, JLF will take place in Northern Ireland from June 21 to June 23, 2019.

JLF Belfast will explore themes that tie India and Northern Ireland together like border, partition, identity and migration.

Having hosted more than 2000 speakers and welcoming over one million book-fans from across the world, the Jaipur Literature Festival in India has become a global literary experience during the past decade.

The Zee Jaipur Literature Festival 2019 at the Britsh Library in London will present similar universal, democratic and inclusive core values as the Jaipur Festival in India.

For further information on the 2019 Jaipur Literature Festival programme and to book tickets, please visit here.

Sessions and conversations with speakers at the Festival will be available via the Jaipur Bytes podcast. This is across leading platforms such as Apple Podcasts, Spotify and Google Podcasts

DESIblitz is the Community Partner for the UK Jaipur Literature Festival 2019.