The 2016 edition of Jaipur Literature Festival celebrated writers from across the globe and enjoyed a visit from Bollywood star, Kajol.

"I don't remember a time when I didn't see a book around my mother."

The Jaipur Literature Festival, the largest free literary event in the world, returned for an amazing success from January 21 to 25, 2016.

The Diggi Palace was the host of five days of engaging readings, debates and discussions. Audiences enjoyed a flow of ideas, live music and interactive workshops.

The 2016 edition looked to focus on culture and heritage. A number of sessions surrounding the tradition, culture and writers of Rajasthan were set.

Indian poet, lyricist and film director, Gulzar, mesmerised crowds with a recital of his poetry and spoke of nostalgia.

Great historians Ayesha Jalal, Vazira Zamindar and Yasmin Khan also took the stage at the festival. Zamindar was in a session at the Char Bagh, saying The Partition represented ‘the deep, dark side of modernity’. 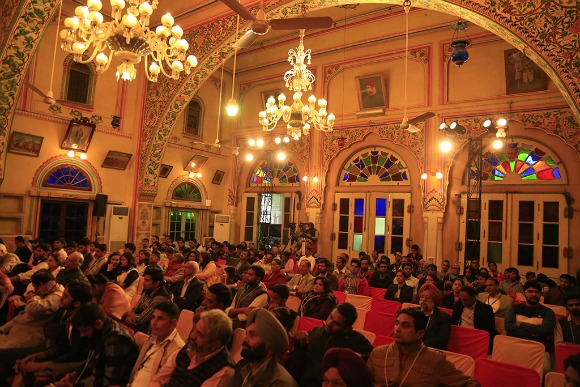 Jalal found that historians were challenged to show how debates and discussions transfer to post-independence, that people piece narratives.

She also said that ‘39 per cent of Pakistanis say that they were helped by a Hindu or a Sikh during the Partition’ and these narratives were not yet told.

Prabhat Ranjan was selected as the winner of the first ever Shri Dwarka Prasad Agarwal Award for being an up and coming writer.

It was presented by Mr Vinay Maheshwari, Sr VP Dainik Bhaskar group and Sanjoy Roy, director of Teamwork Arts, producers of the festival.

The atmospheric event welcomed well-known faces including Kajol, the star of Dilwale (2015), and Stephen Fry, British comedian and writer. 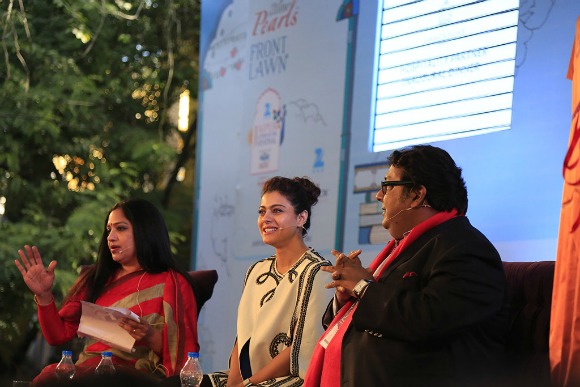 The Bollywood beauty revealed: “I told my husband that I’ll marry you only if you give me the Beauty and the Beast library. That was our love deal.

“I don’t remember a time when I didn’t see a book around my mother. She had a 400 book library in her room right above her head.

“Even I have a library in my room, In fact, I have three libraries in my house.”

Marlon James, the winner of the 2015 Man Booker Prize, also attended the festival to discuss his book, A Brief History of Seven Killings. 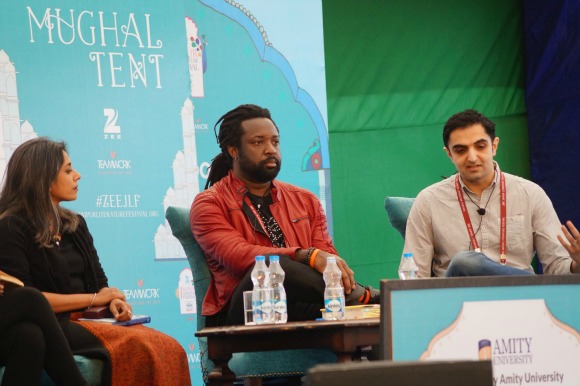 Jaipur Literature Festival has taken place every January since 2006. The free event brings together some of the greatest thinkers and writers from across South Asia and the world.

A place for ‘space to dare, dream and imagine’, it is widely regarded as a ‘cultural catalyst within India and around the world’.

The next edition of the festival will take place in Boulder, US during September 23 to 25, 2015.

Check out our gallery below for some beautiful shots at the 2016 Jaipur Literature Festival in Diggi Palace!