British-Pakistani author, Kamila Shamsie, has won the prestigious 2018 Women’s Prize for Fiction along with £30,000 for her remarkable novel ‘Home Fire’.

"It is a remarkable book which we passionately recommend"

Kamila Shamsie has won the Women’s Prize for Fiction 2018, for her thrilling novel, Home Fire.

The UK’s most prestigious literary award comes with £30,000 of prize money and was given to Shamise at a ceremony in London for her seventh novel, Home Fire.

The book is a modern take on the Greek tragedy Antigone and tells the story of a British Muslim family and the problems that they encounter trying to fit into society.

In Sophocles’ play, Antigone is the female heroine who realises her duty to her family. In Home Fire, Shamsie mirrors this sense of familial duty through Isma and her constant concern for her siblings.

Isma worries about her siblings who she leaves in London as she travels to America to seek out her dream. Her worst fears are realised when Isma’s brother disappears from their home to pursue a connection with a terrorist organisation following in the footsteps of the radical father he has never met.

Kamila depicts a family pulled apart both geographically and ideologically, and expertly draws upon the key themes such as radicalism and love.

Quoted by The Guardian, Chair of judges and editor of BBC Radio 4’s Today programme, Sarah Sands, spoke about the novel:

“Home Fire is about identity, conflicting loyalties, love and politics. And it sustains mastery of its themes and its form. It is a remarkable book which we passionately recommend.

“It is very readable, it’s extremely well written, it’s well plotted, it’s something that could easily be a brilliant television series or film. It’s not that you’re thinking, ‘This is a novel about politics, I need to plow through.’” 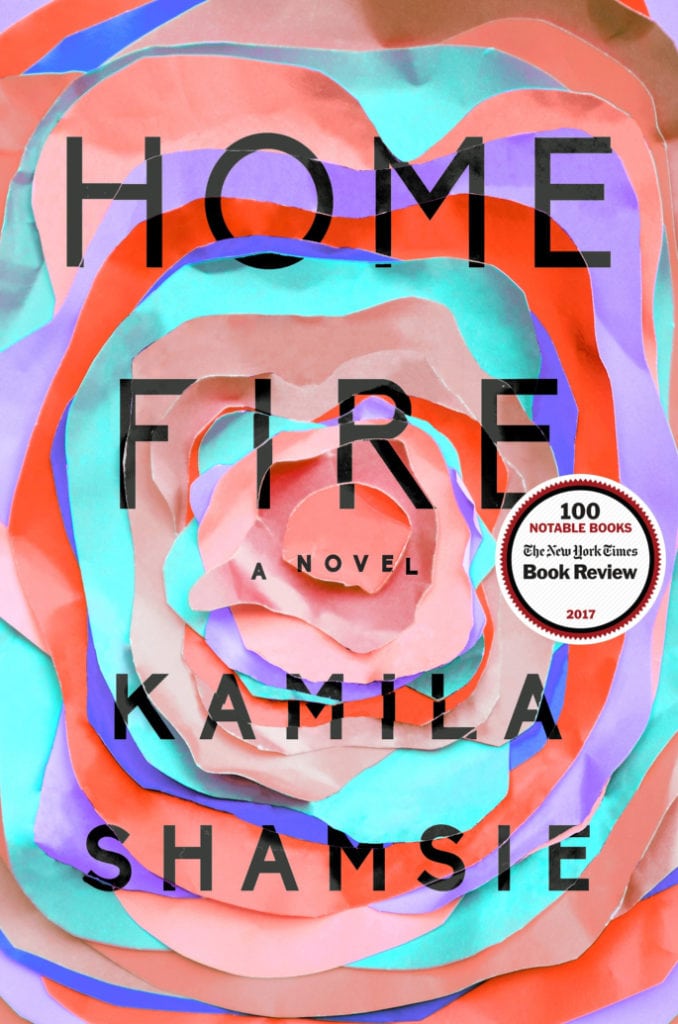 The Plot and Themes

The novel itself explores the changing relationship between the three orphaned siblings, Isma, Aneeka, and Parvaiz. Isma attempts to live out her dream in America.

However, she can’t help looking back to London where her siblings Aneeka and Parvaiz are located. Aneeka is depicted as headstrong and beautiful, whilst Pravaiz tests his family ties as he joins a terrorist group.

The plot takes both a political and romantic turn when Aneeka falls in love with the son of a powerful British Asian politician. Aneeka intends to use her romantic alliance with the politician’s son in order to help find her missing brother.

The British Pakistani author packs a lot into the novel. Rising themes of politics and current affairs seem to co-exist with additional themes of love, and female empowerment.

She presents Aneeka and Isma as strong, independent, educated and liberated. By doing this, she addresses the assumption that women who are bound by faith and conservatism are oppressed or unable to express themselves.

Natalie Haynes, a writer for the Fiction section of The Guardian, said:

“Shamsie’s prose is, as always, elegant and evocative.” 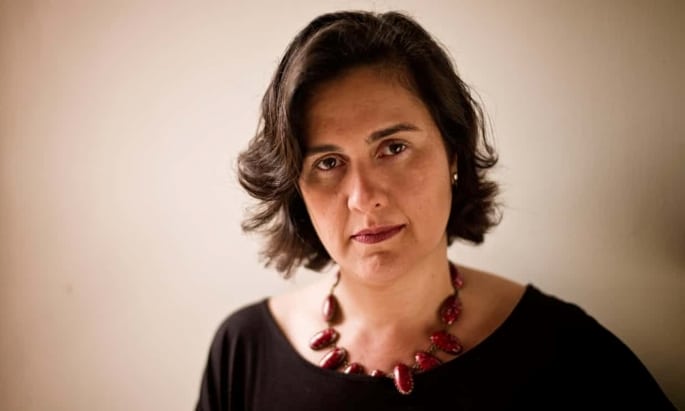 Reviews and reactions to Home Fire on goodreads seem to be very positive towards the author and her success.

“Just announced as the winner of Women’s Prize for Fiction. So happy the novel finally got the recognition it deserves.”

Whilst another reviewer commented on the apt timing of the books win:

“Winner of the 2018 Women’s Prize. And a book which seems uncanningly prescient given the recent change in Home Secretary.”

Sajid Javid‘s recent appointment to Home Secretary made history as the first British Pakistani to hold the position. In an interview with Stylist, Shamsie commented on the link between Javid and Shamsie’s fictional character, Karamat Lone.

“I did think if I’m going to have someone who will reach the position of Home Secretary and is going to be in the Tory party, what will his relationship to his Muslimness and his migrancy be…

“Every time Sajid Javid says something, someone on Twitter will tweet it at me and say ‘Karamat Lone’, and sometimes I will think, yes that is Karamat Lone, and other times I feel very defensive of Karamat Lone, saying ‘he would not be saying that’.”

To win the award, Kamila Shamsie was up against 15 other longlisted books. This included books written by Nicola Barker, Elif Batuman, and S Jesmyn Ward.

Speaking about the longlist, Sands said:

“What is striking about the list, apart from the wealth of talent, is that women writers refuse to be pigeon-holed. We have searing social realism, adventure, comedy, poetic truths, ingenious plots and unforgettable characters.

“Women of the world are a literary force to be reckoned with.”

Shamsie’s win has also brought attention to the wealth of talent that many female writers possess, including those listed in the longlist.

From the barrage of positive reviews, there’s no doubt that Kamila’s novel has connected with widespread audiences. It seamlessly combines conflicting themes and wraps them together in a story that is about much more than just politics.

Shamsie has expertly confronted difficult but relevant topics and has thereby opened the doors for a greater conversation to take place.

She has created a larger and better-informed audience on the important issues that the novel tackles, all through the creative medium of fictional literature.

Images courtesy of Sarah Lee and The Guardian

The Bangladeshi Wedding Ceremony
Bradford Literature Festival 2018: Why you should be Excited