Akhil Sharma, the dark horse of the Folio Prize, has won the top literary award for his heart-warming novel, Family Life. DESIblitz has more.

'Family Life' is somewhat a book version of the ground-breaking American film 'Boyhood'.

Akhil Sharma, an Indian American novelist, has been awarded the Folio Prize in London on March 24, 2015.

The investment banker-turned-novelist received the respectable literary prize, worth £40,000, for Family Life at a ceremony in King’s Cross, London.

Akhil is the only Asian author in the shortlist. His semi-autobiographical novel is described by The Telegraph as, ‘in some respects the wildest card on the shortlist’.

Yet, it fended off tough competition from Ali Smith. Her novel How To Be Both was tipped to win after its Man Booker Prize nomination.

Other contenders range from established names – Colm Tóibín for Nora Webster and Rachel Cusk for Outline – to newcomers – Miriam Toews for All My Puny Sorrows and Yvonne Adhiambo Owuor for Dust. 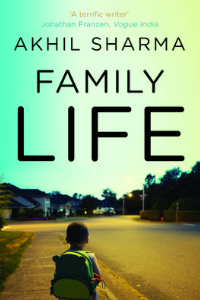 The Delhi-born author shared mixed feelings towards receiving one of the top literary honours at London.

Family Life is somewhat a book version of the ground-breaking American film Boyhood (2014).

Loosely based on his personal experience, Akhil spent 13 years putting together the story of an emigrant family looking for the American dream in Family Life.

Similarly, Richard Linklater shot Boyhood over the course of 12 years to depict a Texas boy’s journey from childhood to adolescence.

Akhil said: “I’m 43. I started writing this when I was 30, so I spent my thirties writing this thing…I really feel like I shattered my youth. I couldn’t bear the idea of having spent all those years and then nothing good having come out of it.”

But he is ultimately proud of his work, saying: “In the end I feel the book itself is good. It does certain things that are artistically impressive, so I feel good about that.”

The British author praised: “[It] is a masterful novel of distilled complexity: about catastrophe and survival; attachment and independence; the tension between selfishness and responsibility.

“We loved its deceptive simplicity and rare warmth. More than a decade in the writing, this is a work of art that expands with each re-reading and a novel that will endure.” 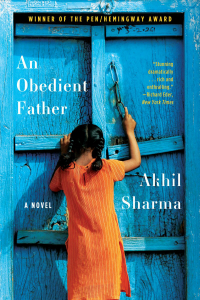 Akhil is the second winner of the Folio Prize, founded in 2014 with the support of the Folio Society who re-creates and publishes beautiful illustrations for existing books.

To distinct itself from the Man Booker Prize which excludes non-Commonwealth nations until 2015, the Folio Prize welcomes all novels written in English and published in the UK.

It also sets itself apart from the Man Booker Prize by inviting the Folio Academy, an international group of writers and critics, to nominate a longlist of 80.

A judging panel of five then selects eight titles for the final shortlist before announcing their choice of the best English fiction for the year.

Scarlett is an avid writer and pianist. Originally from Hong Kong, egg tart is her cure for homesickness. She loves music and film, enjoys travelling and watching sports. Her motto is “Take a leap, chase your dream, eat more cream.”
Super Sikh ~ The Multicultural Comic Superhero
Top 5 Sri Lankan Authors