The World Kabaddi League (WKL) kicks off in the UK, inspiring a global audience. With eight teams involved, the League will visit 13 cities across 5 countries. Bollywood sensation Akshay Kumar is giving a landmark 500th performance to open the event at the O2 Arena in London.

“I urge all of my fans to support my Kabbadi team Khalsa Warriors.”

The World Kabaddi League (WKL) is all set to hit the world stage, kicking off in London’s O2 Arena on Saturday 09 August, 2014. The event being held at the iconic landmark, will be a celebration of the sport that intends to take the world by storm.

The star studded affair will be mixing the best of Bollywood, with the worlds greatest Kabaddi professionals.

One of the biggest stars involved in the League is Bollywood actor Akshay Kumar. He will be hoping for a strong start from his team, the Khalsa Warriors. 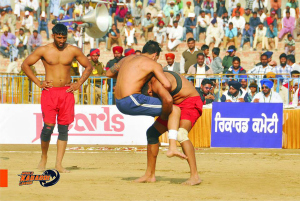 As the first contact sport to come out of India on a global scale, the Commissioner, Pargat Singh has described it as a “Trailblazer for Indian sports.”

The WKL will follow a touring sports format. Starting in England, the League will visit USA, Canada, Pakistan and India, being held in venues such as London, New York, Toronto and Sacramento.

With eighty-six matches in total, the professional circle style Kabaddi League will be played on the weekends, with the final event likely to be held at Mohali, India in December 2014.

Eight teams from five countries will be participating in the tournament. These include; Khalsa Warriors, United Singhs, Yo Yo Tigers, Lahore Lions, California Eagles, Punjab Thunder, Royal Kings USA and Vancouver Lions.

The teams taking part in the League will be battling it out for a prize fund of just over £350,000.

There has been a significant buzz surrounding the launch of the League, with Bollywood stars flocking to get in on the action. It is truly a Bollywood affair.

Heading the line-up is Indian film actor Akshay Kumar, who intends to make it a night to remember for all who are lucky enough to have a ticket.

Kumar will be giving his 500th performance at the Opening Ceremony of the WKL. With over 120 films under his belt, the Bollywood hearth-throb will be performing hits from his latest movies.

This will be a once in a life-time event for his die hard fans. Whilst helping to bring glitz and glamour to the proceedings, Akshay will also be urging on his new team, Khalsa Warriors. 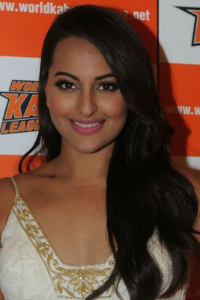 Speaking on his involvement in the sport, Kumar said:

“I’m a sports enthusiast, be it cricket, martial arts, hockey or Kabbadi…that’s no secret. I’ve always promoted fitness and sports. Cricket is already world famous but I feel it’s now time to shift a little focus towards the sports which originated in our own country, Kabaddi.”

Kumar, who also promoted his new romantic comedy Entertainment (2014) the night before the launch of the WKL, had a message for his fans: “I urge all of my fans to support my Kabbadi team Khalsa Warriors.”

Akshay’s team is expected to be one of the most followed teams in the WKL.

Sinha, who is already making amendments to her shooting dates to follow the League, believes it is high time people looked beyond cricket.

She said: “Cricket is our main sport, but we can take [kabaddi] to a new level, a different level, an international level because it is a very Indian rooted sport.”

The acclaimed rapper Yo Yo Honey Singh has also acquired a team, under the original name of the Yo Yo Tigers. Yo Yo Honey will also be releasing a much anticipated title track for his team, designed to get the fans on their feet. 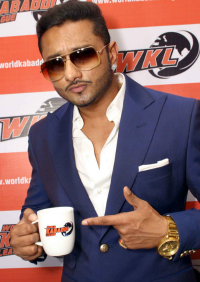 Kabaddi is already improving sporting relations between Pakistan and India as Lahore Lions will be competing in the WKL.

This gesture to invite a team from Pakistan is a great move in maintaining the integrity of the ancient sport.

Kabaddi is bidding to be the next big thing on the world stage, and is seriously aiming to challenge the supremacy of cricket.

The Indian Minister for Rural Development and Panchayats, Sikander Singh Behniwal is adamant on making this his main objective.

“The cricketers have been minting hefty amounts through various cricket, but now it is my promise that we will make kabaddi and its leagues so popular that our players will start earning more money than cricketers,” said Behniwal speaking at a press briefing.

This is news that all professional Kabaddi players will be wanting to hear, and a stepping stone in building the sport.

Key initiatives have been pinpointed in an attempt to ensure a strong future for Kabaddi. Organisers and officials are hoping to safeguard the rich tradition of Kabaddi, whilst introducing contemporary influences to expand the game. 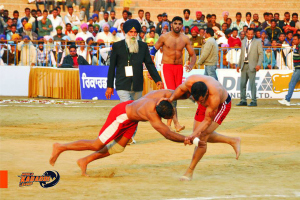 Recent doping scandals revealed that 53 players from 11 countries had tested positive during the 2013 World Cup. Hence there is also a strong will to grow Kabaddi as a clean sport.

Organisers have ensured rigorous testing to achieve this and have recently implemented an anti-doping programme in compliance with the World Anti-Doping Code.

Improving infrastructure throughout the Punjab is also a target in an effort to promote the game. The next step would be to also introduce a women’s professional league in the future.

The sport has truly reached the world stage with the launch of the World Kabaddi League.

The event at London’s O2 Arena will be a fitting introduction, and with the support of Bollywood superstars, the League is on a pathway to glory.

Theo is a History graduate with a passion for sport. He plays football, golf, tennis, is a keen cyclist and loves to write about his favourite sports. His motto: “Do it with passion or not at all.”
Team India Roundup ~ Commonwealth Games 2014
JSW Football Series 2014 ~ India vs Pakistan