Arch-rivals India and Pakistan are set to play a two-match football series after a gap of nine years. The two teams are set to clash in Bangalore, India this August to renew their old rivalry.

India and Pakistan are eager to play against each other for the betterment of football in their countries.

Pakistan and India will face each other in a two match football series for the first time in nine years.

The mini-series will be held in India at the Bangalore Football Stadium. The Pakistan team will arrive in India on 16 August, 2014.

This series will be sponsored and hosted by the JSW group who also happen to own the club Bengaluru FC. For many years lack of sponsorship and funding meant that the competition was not possible. 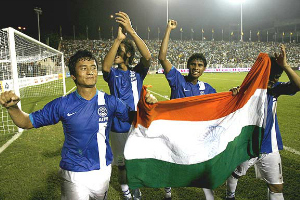 An English company planned a tournament between the Indian and Pakistan football teams in 2011, but this failed due to lack of sponsorship.

The 2013 plans for a series including India, Pakistan and Bangladesh fell through due to the same issues of funding.

The Secretary of the Pakistan Football Federation, Col Ahmed Yar Lodhi, said that this competition showed that India and Pakistan are still eager to play against each other for the betterment of their sport.

Lodhi also stressed the importance of the match and the long-standing rivalry between India and Pakistan, citing this competition as being the football equivalent of the Ashes.

He said: “We have been making all-out efforts to revive football ties with India and hope that these matches will prove to be a landmark in the sports relations of the two countries.”

In 2005, the bilateral competition saw Pakistan winning the third and final match, which was held in Lahore. They triumphed 3-0 and won the series over India on an overall goal difference. 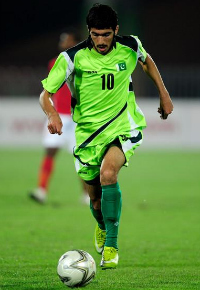 In addition to rekindling an old competition, this series will give much-needed exposure and publicity to the players from both India and Pakistan.

In particular, Lodhi stressed that he is trying to raise the profile of Pakistan’s players, and also the game of football in his country.

He said: “Pakistan will also be playing a series against Bahrain from August 22nd to 30th there, which shows that the Pakistan Football Federation is doing its best for the game and to give exposure to the players.”

Pakistan confirmed their squad consisting of thirt players, including Kaleemullah and Muhammad Adil who have been playing for FC Dordoi, the leading club in Kyrgyzstan’s league.

Lodhi said of this football duo: “We are happy that we will also have both Kaleem and Aadil on India’s tour.”

“And especially we direly needed Kaleem because he is a fine striker and his recent stint with Dordoi will have further instilled a lot of confidence in him.”

Furthermore, he stated that Pakistan will hold the very first Women’s Football Championship for South Asian countries sometime in the future.

In India, interest in football has also grown over recent years.

Kushal Das, Gen Secretary to the All India Football Federation, expressed his excitement about the match, and the growing hype surrounding the clash between India and Pakistan, saying:

“I think both these matches are of great importance for the preparation to the Asian Games for both India and Pakistan. I’m sure the contest will be extremely competitive and entertaining.”

National players such as Gouramangi Singh, who became prominent after winning the Ian Rush Trophy with India’s under-18 team in 2003, and players Syed Rahim Nabi and Subrata Pal will form the squad to clash with Pakistan in Bangalore later this month.

Despite it being seen as a country obsessed with cricket, the prominence of football has increased drastically since the setting up of the Super Football League, which is due to be held in September this year. 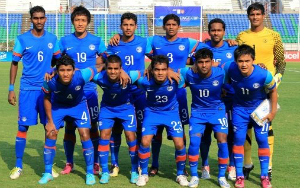 India will also be hosting the Under-17 FIFA World Cup in 2017. FIFA and the football community of India hope that this tournament will garner interest in the game, particularly amongst the country’s youth population.

As yet, there is still much work to be done to develop football in both India and Pakistan.

Both these countries achieved very low places in the FIFA team rankings that were released after this year’s World Cup, which was held in Brazil.

Pakistan only reached number 165 in the table, whilst India did not climb much higher, placed only at number 151.

The other football events planned in India and Pakistan to follow this clash also promise to gain more public interest in the sport, and get more young people involved in football around South Asia.