In the second episode of Desi Rascals Series 2, Solomon and Adam talk about girls, dating and romance. Has Solly fallen head over heels for Yasmin already?!

"You can't like open the door for her and slap her bum on the way out?"

In the second episode of Desi Rascals 2, we will find out Solomon’s crush on Yasmin is much deeper than we first thought.

Solly and Adam will be having a man chat about the birds and the bees in tonight’s episode.

In the teaser clip, Adam talks about ‘treating a woman the way she is supposed to be treated’.

Just to check he is on the right track, Solomon asks: “You can’t like open the door for her and slap her bum on the way out?” 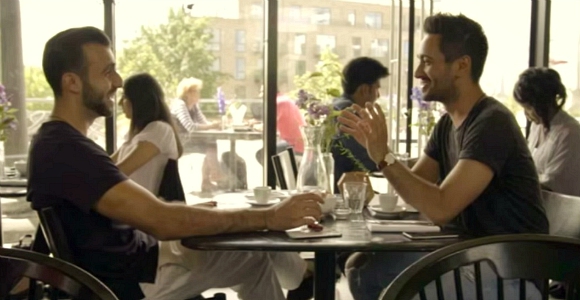 He adds: “But I’m not one to impress a girl with a skyscraper or that sort of thing.

“I’d rather take them on a cute date, that’s like a picnic, or like make them a little hamper.

“Or surprise them. Because I think that shows more meaning.”

Awww, how cute! Solly sounds like a right charmer.

Adam, on the other hand, has a completely different idea of romance.

And Adam ‘I’m-too-busy-making-money’ Michaelidies likes his women to look classy.

He adds: “I just need to be with the woman, formally dressed, nice outfit.

“I want to see her at her best, how she looks in heels, what her hair looks like.”

Solly, though, is a sensitive soul. He is less Desi Dog (or piranha), and more like the ‘fish from Finding Nemo’.

“I’m the opposite. I fall in love so quickly. You know me. I could meet a girl, like at the wedding I met Yas briefly, right.”

Adam is aghast at this appallingly unmanly disclosure, saying: “Don’t tell me you’re in love yet.”

Solly replies: “No I’m not in love yet.” 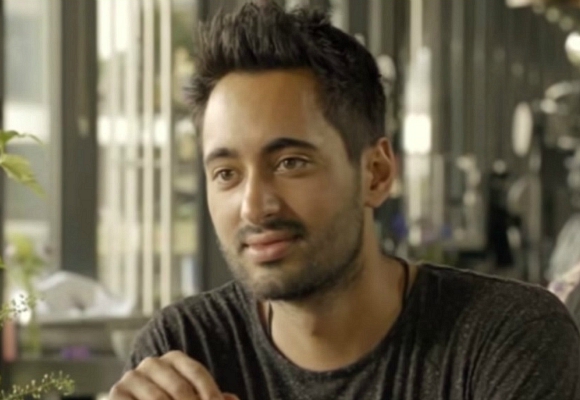 But he is laughing profusely, and mockingly rests his forehead against the table.

His words say one thing. But his actions say another. He IS in love!

Meanwhile, Yasmin is on the hunt for an eligible bachelor. And her Executive Assistant, George, has the tall task of finding Yas her dream beau.

He has put out a dating profile for the ‘vertically-challenged career woman’.

Watch the teaser clip from the second episode of Desi Rascals Series 2 here:

According to George, Yasmin is looking for a man with a ‘net worth of more than five million plus’!

Surely this would make Solomon, the entrepreneur extraordinaire, the perfect candidate!

When will Solomon muster up the courage to court Yasmin? And will Yasmin take to the unique charm of the Desi Dog?

Find out in the brand new series of Desi Rascals. Episode 2 airs tonight at 8pm on Sky 1.

Images courtesy of Sky 1 and Buccaneer Media, and the Instagram accounts of Solomon Akhtar and Yasmin Karimi