Hard Kaur releases her raw and hardcore track ‘Sherni’ produced by herself on her new label Future Records.

Hard Kaur the most significant female rap sensation to hit India and beyond, who has featured in many hit songs, has produced and released her first song called ‘Sherni’ on YouTube.

Celebrating 21 years of her music the artist is moving into the role of a music director director with ‘Sherni’ her first track on her own label Future Records.

Talking about her decision to turn music director and producer of her own track, Kaur said:

“As people weren’t listening to me, I myself became a music director. And now my songs have come in four films, and more are coming as well. I am working on it. I wish to become a very big music director,” says Kaur.

Hard Kaur who was born as  Taran Kaur Dhillon in 1979, in Kanpur, Uttar Pradesh, India, left India in 1991 and came to the UK, after losing her father in the 1984 Sikh riots.

After having lived in the UK with her mother, she wanted to realise her dream as a music and female rap artist, so she left for India once again. Where her fame rapidly grew with hit songs like  ‘Move Your Body’ and ‘Char Baj Gaye’.

The raw and edgy song features Hard Kaur in the video showing female dominance and prowess in the guise of a lioness, which is what ‘sherni’ means. Using the term K.I.A in the song she brings out the champion in her performance.

Talking about doing the challenges of producing the song, she said:

“I wanted to do something different and obviously I am financing it. This is not a party song, so there is a problem for investment as people think that such songs don’t sell. This song is very personal and was important as it is a full-on girl power song.” 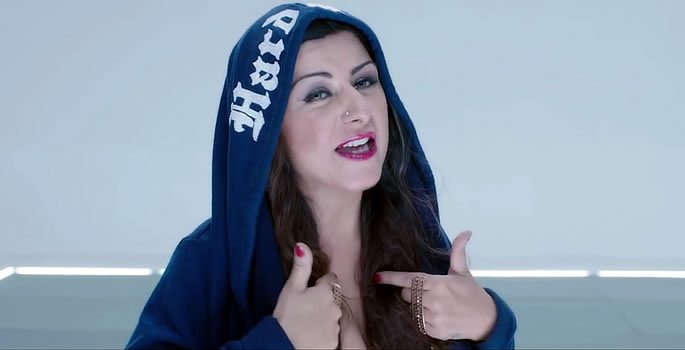 The song has been in her archives for more than four years and only now has it been be realised into a song after Hard Kaur was encouraged by friends to release it.

“I didn’t know whether people are ready or not. I thought, ‘I want to bring it out, I want to do real hip-hop. Why did I start music?’ I had started music to do real hip-hop. Now I have established my name and in the history, my name will go as the first Indian female rapper all over the world. 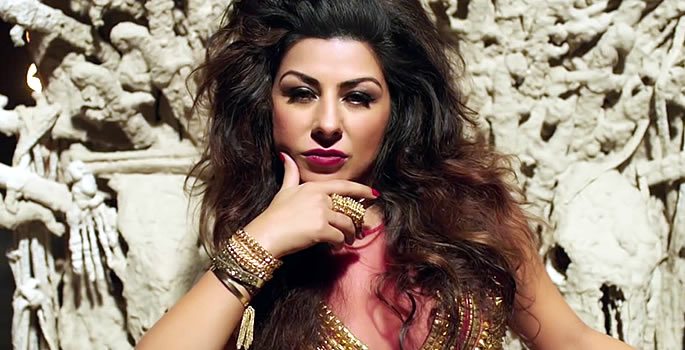 “I made my mother’s and India’s name proud. But am I happy or not? No, because I am not making the music I want to make… I have been waiting since nine years to do such a song. First thing was to educate the country about hip-hop, rap. Today, everybody knows what is rap, all sing it, so now it is to take it to the next level, like what exactly is rap.”

Hard Kaur has certainly taken her music and girl power to the next level. DESIblitz wishes her the best with her new music and onwards and upwards as they say!

Jas likes to keep in touch with the world of music and entertainment by writing about it. He does like hitting the gym too. His motto is 'The difference between the impossible and the possible lies in a person's determination.'
Tay Hai oozes Romance with Akshay and Ileana De’Cruz
Panjabi Hit Squad to Entertain at Rahat Show