Are the Struggles of Pakistani Women being Heard?

Just how difficult is Pakistan for women? Is it absolutely unbiased as men claim it to be or is it otherwise? We explore the struggles faced by them.

Only then she will be able to be heard.

Every country in the world has its share of sexism. Arguably developing and underdeveloped countries have it more than other countries. In this instance in relation to Pakistani women.

The mechanism of gender equality varies from culture to culture. It would be unfair to assume that only social scientists have what it takes to analyse the gender system.

That is also not to say that everyone who seems to have an opinion on gender equality has mastered the gender relations.

In Pakistan, like other developing countries, the situation is not any different. Unfortunately, there is a strong opinion and bias towards the feminine part of the community.

However, that is also contradicted in many parts of the society as the male community have their own opinions and understanding of the two sexes.

What is a Pakistani Woman? 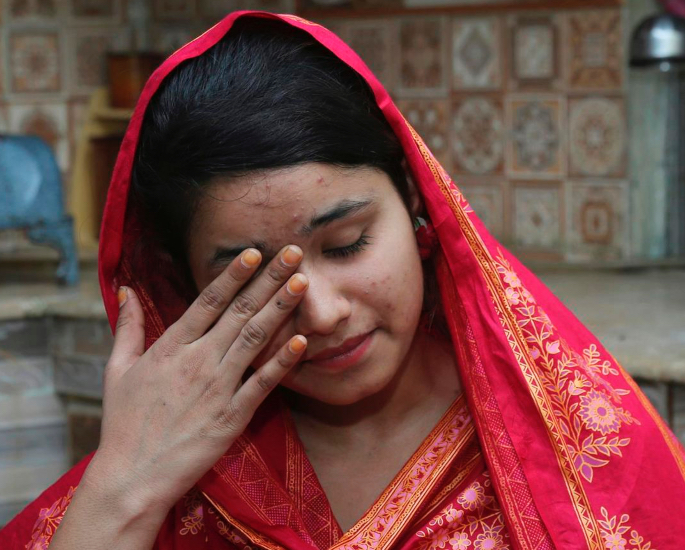 However, 48% of the women present in Pakistan do not share the same social status. They do not belong to the same economic group.

As a developing country, it would be ridiculous to assume that the majority of these women come from a middle class or bourgeois community.

Many women come from a struggling background where households are trying to make their ends meet. With the situation of the Pakistani economy, it is going to be very difficult for these households to survive.

There are women who are limited to the confines of their home. There are very few women who manage to make it into a professional field and enter a workplace with a promising salary.

It must be stressed though that every woman who goes to work does not necessarily make her ends meet.

On the other hand, very few women who do not have a job and classify themselves as housewives, belong to wealthy families.

As to what is the definition of an everyday Pakistani woman? They are ordinary women. They are nowhere close to the women who are on Instagram as influencers, actresses or models.

They are not the kind of women who live independently away from their home and arguably have limited freedom. Most of the Pakistani women are dependent on the male figure of their household.

An ordinary Pakistani woman regardless of her status has to rely on the male figure of the household whether financially or socially.

Choosing to withdraw from this unsaid norm will lead to all kinds of criticism and backlash from their family and society. 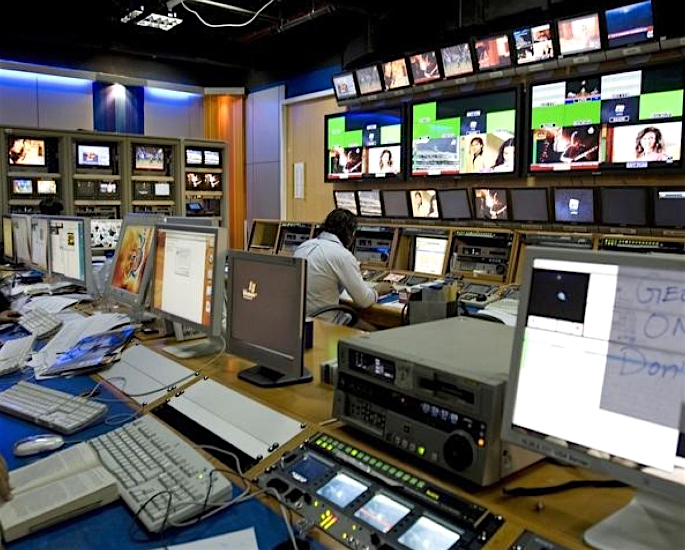 Representation of women is a challenge as far as Pakistani society goes. Ironically, it is accepted rather easily.

In many ways, it would appear as if there is no bias against women and that men of the society have it covered. That sexism is just a hoax and that all forms of gender equality are said and done.

The media highlights issues related to women in a rather entertaining tone. Of course, that can be applied to all forms of news considering the ‘masala‘ style of presentation.

The honour, in this case, appears to be the boundary and definition of it all which makes a Pakistani woman a decent. If there is a scandal of a female celebrity, it ends up going in political talk shows.

In these shows, often the victim is presented followed by a cleric, a social activist and a politician, none of whom tends to defend the victim.

This attitude propagates into the minds of ordinary people who seem to think that they (male members) have the right to defend the honour of women everywhere in the world.

The honour, in this case, appears to be the boundary and definition of it all which makes a woman a decent.

It resembles a very fragile state which if called out or discussed is enough to shatter it.

The moment a woman’s character is discussed on social media, news, or in public, it is bound to make her a loose and characterless woman.

Assumptions are preferred than ground-based reality in such cases only because they are far more entertaining and if the given time they can actually make sense.

In making sense, this process itself is full of fault and only tends to character assassination and other misleading information.

Literature and this goes without saying, stems from the very society it is conceived of. The fictional woman needs to be on her guard 24/7.

It would be impossible to imagine a simple female character who is free to speak her mind because both women and men are not ready for this.

If she is not observing veil and ‘pardah’ she may have been portrayed as a bold and unacceptable woman.

If literature assumes the ideal or realistic narrative of a society or at least conceived to be, then the female figure is portrayed exactly the way it ought to be.

But this is just the narrative which is printed and shared around the world. What happens domestically can be unforgiving in numerous ways. 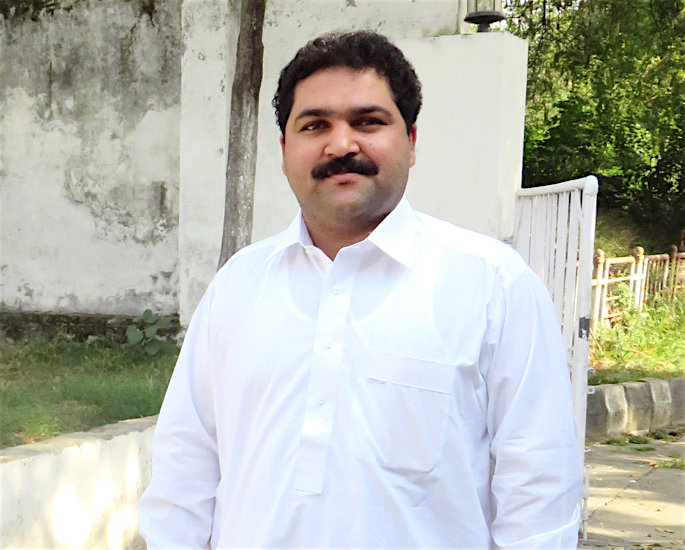 The typical Pakistani family man cannot allow the women of his home to be heard. If a man lets the women of his house do whatever they like it just shows how immoral he just might be according to the many standards of the society.

He needs to guard the family. He must not allow the symptoms of free-thinking and liberal ideas anywhere close to his home.

The fact that women related to him can have a life of their choice seems like one of those immoral western thoughts that are opposite to the ‘accepted’ lifestyle of Pakistan.

If asked whether the men have it easy, they will respond by saying that they have a burden of their family. That they need to protect and defend their honour.

Amidst the honour, defence and protection, the woman remains unheard. When she wants to be heard and understood, that is when the patriarchal fabric is torn apart.

Why should a woman be allowed to express her sexuality or her feelings? It is not inappropriate for men to do so but for women, it is repulsive and vulgar.

When a woman protests against harassment and demands her rights, everyone in the male community expects his right to mansplain.

When a woman speaks her mind, it will be a protest in many ways. It is going to be seen as outrageous and will raise tons of questions.

It is because when a woman struggles to be heard she is fighting against the norms set by centuries of masculine based ethics and moral values in Pakistan.

The necessity of women to be heard has always been there. As to whether anyone wants to actually listen or have a healthy dialogue, that is not what may be a viable option.

And that is because it is impossible to challenge the decades’ old norms and patriarchy imposed, established, and endorsed by the majority of men around Pakistan.

A ‘good’ family man will be seen as the lead to express all forms of opposition.

A fair and unbiased conclusion would seem at this point a valid one but societies tend to have different opinions based on the social subjects.

That is to say that many women who belong to Pakistani society at some point in their life have given up and conformed to the male perspective. Because being the family leader and maker of decisions is the primary role of the man.

Being the bread-winner is more honourable and dignified for a Pakistani man because living off the earnings of a woman is not only a source of shame but embarrassment too.

Such societies do exist and it has nothing to do with the narrative of the 21st century. Traditions are one thing but being imbibed in their toxicity is profane to all genders.

It is difficult for Pakistani women to be open about their views and opinions as far as freedom goes. It takes an enormous amount of courage, not just to express but to face the harsh and severe criticism.

The sole representative of a woman cannot be a man but a woman herself. The severe mode of baseless criticism adopted by men and women who support men is very dangerous.

A woman appears to accompany with her, a massive burden the moment she is brought into this world. Misogyny is not something that can only be associated with men. It can be easily found in women as well.

The struggles that any Pakistani woman has to endure stems from family to just about any social circle she will find herself in.

Perhaps it will take a few generations for a Pakistani woman to be solely independent and be on her own. Only then she will be able to be heard. Other than that, it is difficult to see things changing for Pakistani women quickly.

Given the current situation, one can imagine how families tend to celebrate the birth of a boy and how they seem to be upset if it is a girl.

Z. F. Hassan is an independent writer. He enjoys reading and writing on history, philosophy, art, and technology. His motto is “Live your life or someone else will live it”.
Why are Desi Couples Delaying Pregnancy?
The Plight of Indian Sex Workers during Lockdown