Winners of the GG2 Leadership Awards 2016

The GG2 Leadership Awards 2016 welcomed some of the biggest achievers from the British Asian community, and also unveiled the annual Power 101 List.

“Tonight is not just about celebrating success. It is about creating role models"

The GG2 Leadership Awards provide a unique platform to celebrate multicultural Britain and was enjoyed by distinguished people from various industries and walks of life.

Hosted by BBC presenter, Nihal, who called the awards show the most ‘professionally run Asian awards’ he has been involved in.

Sadiq Khan was to be honoured with an award and engage in an in-depth Q&A with the host, Nihal. Unfortunately, due to a controlled explosion at North Greenwich just hours before the awards show, Sadiq was unable to make it.

Nihal, who was looking forward to the Q&A said that he found Sadiq a ‘nice guy and the most popular politician in terms of votes’:

“Everyone knows his story – from a council estate in South London to becoming one of the most powerful politicians in London.” 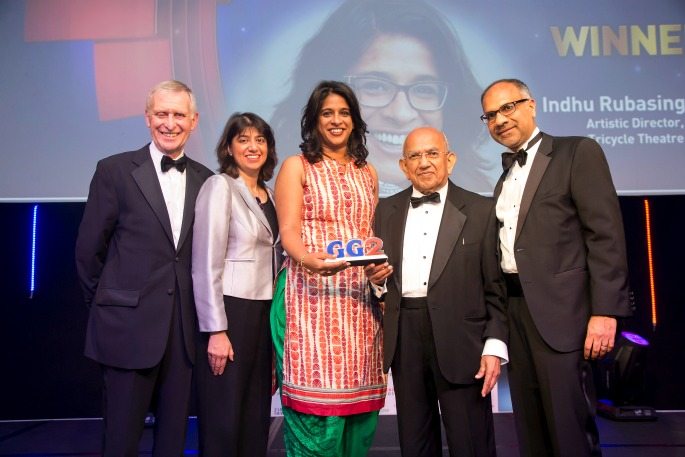 At the last moment, baroness Patricia Scotland was brought in for the Q&A and she vividly spoke about diversity and the challenges she faced whilst growing up.

The winners of the GG2 Leadership Awards are high-profile achievers in their field and are often beacons who shine a powerful light on their industry, inspiring others to achieve their dreams.

Ruqsana Begum, a young Bengali Muay-Thai world champion won the GG2 Inspire Award. She shared the challenges she faced to achieve her successes: “It is truly remarkable to come this far and to be recognised as a world-class athlete.

“It feels amazing that I can inspire young people in particular females from ethnic minorities. Given the obstacles that I had, it just goes to show that nothing is impossible.”

Ruqsana also shared a powerful motto that she stands by: “You should never judge someone by what they’ve achieved but what they have overcome to achieve it.”

Baluji Srivastav, a pioneering musician who is blind, won the Achievement through Adversity Award. Baluji is the musical director of the UK’s only blind Orchestra and performed alongside Coldplay at the closing ceremony of the 2012 Paralympics.

Baluji’s inspiration towards creating a Blind Orchestra came from conducting an orchestra at Blind School in India:

“When I came to his country, I heard different languages and wanted to have an orchestra with people from the world. I am very proud of that orchestra as they are wonderful musicians and there were some that couldn’t even speak before being a part of us.” 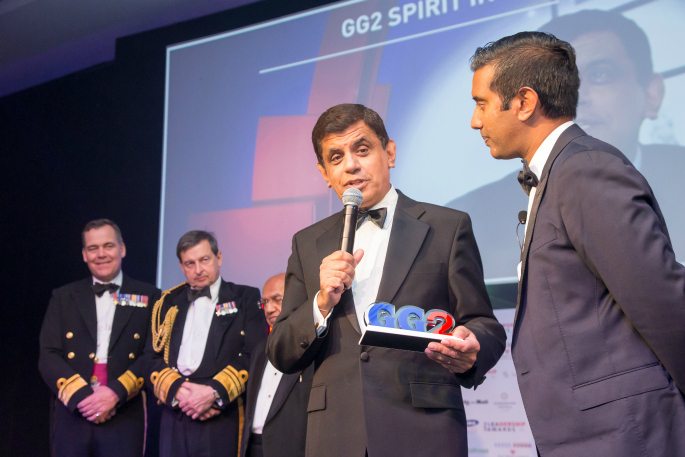 As well as the awards, the GG2 power list was launched for the first time by the acting Indian high commissioner, Dinesh Patnaik. Dinesh said:

“Tonight is not just about celebrating success. It is about creating role models. The Leadership Awards are a way of highlighting the people who have succeeded despite all the barriers.”

The group managing editor of Asian Media and Marketing group, Kalpesh Solanki gave a powerful speech about how tonight is also about the community coming together post the Brexit vote:

“Women in hijabs are getting attacked, minority-owned shops are getting ransacked and the Health Secretary wants more British doctors. What happens to 27,000 Asian doctors working in the NHS? What messages are being given to immigrants?” 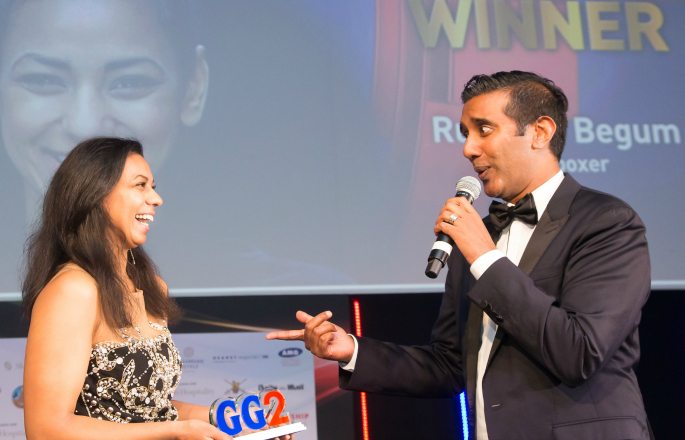 Several guests from the entertainment industry were present to celebrate the awards. This included actor Kabir Bedi, who recently honoured the late Richard Attenborough at an Arts for India event.

Also present was actress Laila Rouass, who is currently working on a Disney show. She talked about how the Leadership awards was a great opportunity to “see different people and celebrate diversity.”

Nikhil Rathi, CEO of the London Stock Exchange, talked about what makes a good leader: “Being focused, realistic to feedback and staying true to your roots.”

The audience enjoyed a delightful 3-course Indian meal by Madhu’s and a silent auction took place to raise money for the London Titans Wheelchair Basketball Club.

The glamorous London event also saw the unveiling of the ‘Power 101’, celebrating Britain’s most influential Asians for 2016-2017. 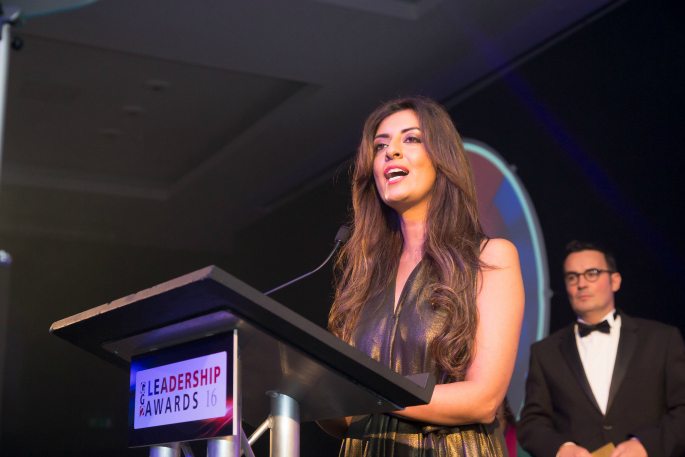 Here is the full list of winners of the GG2 Leadership Awards 2016:

GG2 Woman of the Year
Baroness Patricia Scotland of Asthal 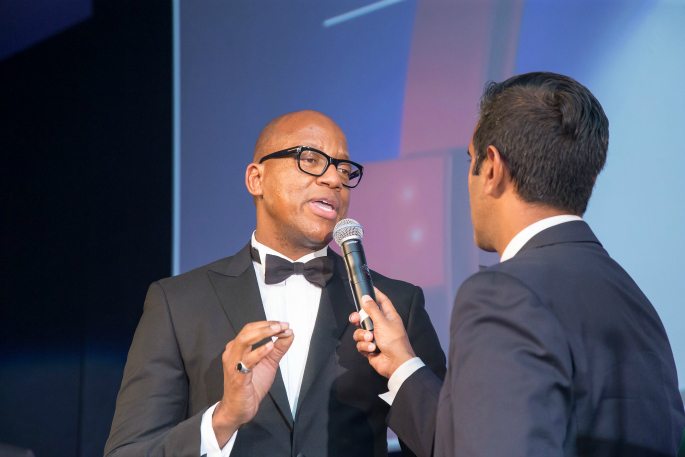 DESIblitz congratulates all of the winners of this incredibly inspiring awards show.