"There are a lot of strong, influential and powerful people whose hard work goes unrecognised."

Youth and female power reside at the top of the GG2 Power 101 List, showcasing the most powerful Asians in Britain.

Comprising of a mixture of business, media, entertainment and political figures, the list uncovers those Asians who have made the biggest impact on British society. It is perhaps no surprise that 16-year-old Malala Yousafzai has topped the 2014 list.

Formerly of the Swat Valley in Pakistan, Malala has been a resident of Birmingham for the past two years following a narrow escape from Taliban gunmen who shot her in the head while she was riding in a school bus with friends. 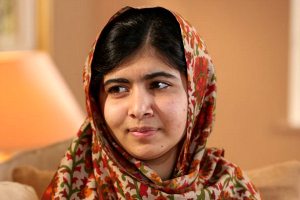 Since her miraculous recovery at the Queen Elizabeth hospital in Birmingham, Malala has continued her social and political activism in an attempt to spearhead education for all.

Attending a number of high profile human rights events, conferences and summits both here in the UK and America, Malala has swiftly become one of the most influential teenagers on the planet.

Complied by the Asian Media and Marketing Group (AMG), Malala is a new addition; the only female in the Top 10, and taking the top spot from Labour MP Keith Vaz who now sits in second position.

Industrialist Lakshmi Mittal and the Hinduja brothers take third and fourth place respectively. One Direction star, Zayn Malik has also proved that his global success alongside his non-Asian bandmates has been truly worthwhile as he ranks at number 7.

Kalpesh Solanki, Editor of the Power List, says: “It’s fantastic to see so much ethnic success in Britain. There are a lot of strong, influential and powerful people whose hard work goes unrecognised.”

“These awards ceremonies are highly significant as it’s incredibly important for us to keep recognising and rewarding ethnic achievements in the country.”

The full list is an interesting one to explore as it indicates how younger generations of Asians are making a significant impact on society, and in many cases are now giving the established Asian veterans of the UK a run for their money.

In particular, through the likes of Malala and Zayn, Naughty Boy, Jay Sean, Imran Khan, Amir Khan, Riz Ahmed, Jameela Jamil, Adil Ray and Radio DJ Nihal, all of whom have made the list.

The Power 101 list was revealed at the GG2 Leadership Awards on November 27, 2013. Numerous personalities from politics attended the London event including Nick Clegg and MPs Alok Sharma and Paul Uppal.

DESIblitz were also there for some exclusive Gupshup with all the winners and stars. You can check out our special highlights of the GG2 Leadership Awards 2013 very soon.

Aisha an English literature graduate, is a keen editorial writer. She adores reading, theatre, and anything arts related. She is a creative soul and is always reinventing herself. Her motto is: “Life is too short, so eat dessert first!”
IAB Annual Dinner and Awards 2013
Changes in Education affecting British Asians