The Institute of Asian Business will see its Annual Awards and Dinner on November 30th, 2013. The IAB Annual Dinner is a celebration of the highest achieving Asian businesses in Birmingham and the UK.

"In the business world all of us need to aim for success despite the challenges."

The Institute of Asian Business has returned for its annual awards ceremony taking place on November 30th, 2013 at the International Convention Centre (ICC) in Birmingham.

The prestigious ceremony will celebrate the incredible talents and achievements of business individuals as well as those working hard within the South Asian and British Asian community to encourage cohesive well-being.

Hosted by Goodness Gracious Me veteran, Kulvinder Ghir, the evening will see a communal gathering of established entrepreneurs and aspiring young innovators looking to make their stamp on the world of Asian business. 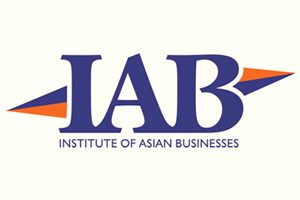 The IAB Annual Dinner and Awards will see four categories in total, with an incredible thirteen businesses shortlisted.

As can be expected, the standards for the awards are incredibly high, and as the President of the IAB, Nasir Awan explains, are simply an indication of the exceptional achievements of all the nominees:

“We did expect fierce competition as the number of entries has exceeded those from last year,” says Awan.

“The reason given by the previous winners is that this award does open many other opportunities for the winners and those shortlisted, as well as helping to promote individuals and their businesses.” 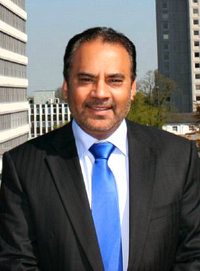 In addition, another award will also be presented on the night; the President’s Award. This special award will honour one individual who has been ‘chosen in recognition of their inspiration, achievements and efforts to help others’.

Most fittingly, Raminder Singh Ranger will be the Chief Guest Speaker at the dinner. Ranger is the founder of the export companies, Sun Mark Ltd and Sea, Air & Land Forwarding Ltd.

His companies have between them won five Queen’s Awards for Export and Enterprise and he has also been honoured with an MBE for services to British businesses and the Asian community.

An inspiring industry leader, Ranger initially began as a cook at Kentucky Fried Chicken where he reportedly earned only 35 pence an hour. He now manages ten KFC stores in the UK.

One of the main guests, who will undoubtedly make this year’s awards an unmissable one, is 16 year-old Malala Yousafzai. Malala has taken the world by storm for her undying commitment to bring unrestricted education to the people of her hometown in Pakistan.

She has since the age of 11 been an outspoken activist, fighting for her right to be heard in Taliban-controlled Swat Valley. In particular, she has been a great enforcer of school and education for girls like herself, and such persistence almost came at a very dear cost when she was shot in the head on the way to school.

Her story is well-known globally and she is the perfect candidate to celebrate the achievements of all those individuals who strive hard to make their local communities more prosperous.

Now dubbed as the ‘most famous teenager in the world’, Malala has quickly adapted to the Western way of life, and is using her life experiences as a tool to raise awareness among the international community:

“I am pleased to be hosting Malala at our annual dinner. She is an internationally recognised young person for her inspiration and determination which is a lesson for us all. Especially in the business world where all of us need to aim for success despite the challenges,” Awan announced.

The short-listed nominees for the IAB Annual Dinner and Awards 2013 are:

One of the biggest occasions to glorify the Asian Business calendar, the IAB Annual Dinner and Awards will also include a charity prize draw for the Birmingham Rathbone Society, a charity supporting people with learning difficulties.

In what will be an exceptional evening celebrating outstanding contributions, the IAB Annual Dinner and Awards is a much needed event that openly honours the achievement of the key leaders in regional Asian business. DESIblitz is positive that it will be a hugely successful one.

Aisha an English literature graduate, is a keen editorial writer. She adores reading, theatre, and anything arts related. She is a creative soul and is always reinventing herself. Her motto is: “Life is too short, so eat dessert first!”
Top Beautiful and Lavish British Asian Wedding Venues
GG2 Power 101 reveals most powerful Asians