the actor refused to delay the shoot

Bollywood actor Sidharth Malhotra has been shooting in Lucknow for his upcoming film Mission Majnu.

However, Malhotra injured his knee while shooting for an action scene.

According to sources, Sidharth Malhotra hit his knee on a piece of metal whilst filming for a jump action sequence.

Mission Majnu features many action sequences, as Malhotra takes on the role of a covert operative on a mission.

It is based on a true story from the bygone era and is currently being shot in Lucknow, where Malhotra injured his knee.

Despite the pain, the actor put on a brave face and continued to shoot scenes for Mission Majnu.

Instead of delaying the shoot to rest his injury, Sidharth Malhotra chose to simply medicate his wound before shooting for the next three days.

As the set-up for the film was specially made, the actor refused to delay the shoot despite his injury.

Sidharth Malhotra often shares glimpses from behind the scenes of Mission Majnu.

On the first day of shooting, Malhotra posted an image to his Instagram account alongside his co-star, Rashmika Mandanna.

The post was to announce the beginning of shooting for Mission Majnu.

“A special one with a special team. #MissionMajnu, day 1.”

One Instagram user commented: “So so excited sod all the best, I know you guys will rock this.”

“All the very best Sid and Rashmika. You both gonna kill it.”

A third said: “Best of luck Siddie. Looking forward to watching and enjoying this wonderful one.”

Rashmika Mandanna also posts her fair share of hints of the film’s progression.

Taking to her Instagram story, Mandanna posted an image of her, Sidharth Malhotra and producer Amar Butala.

The post gave fans an insight into one of Mission Majnu’s night shoots. 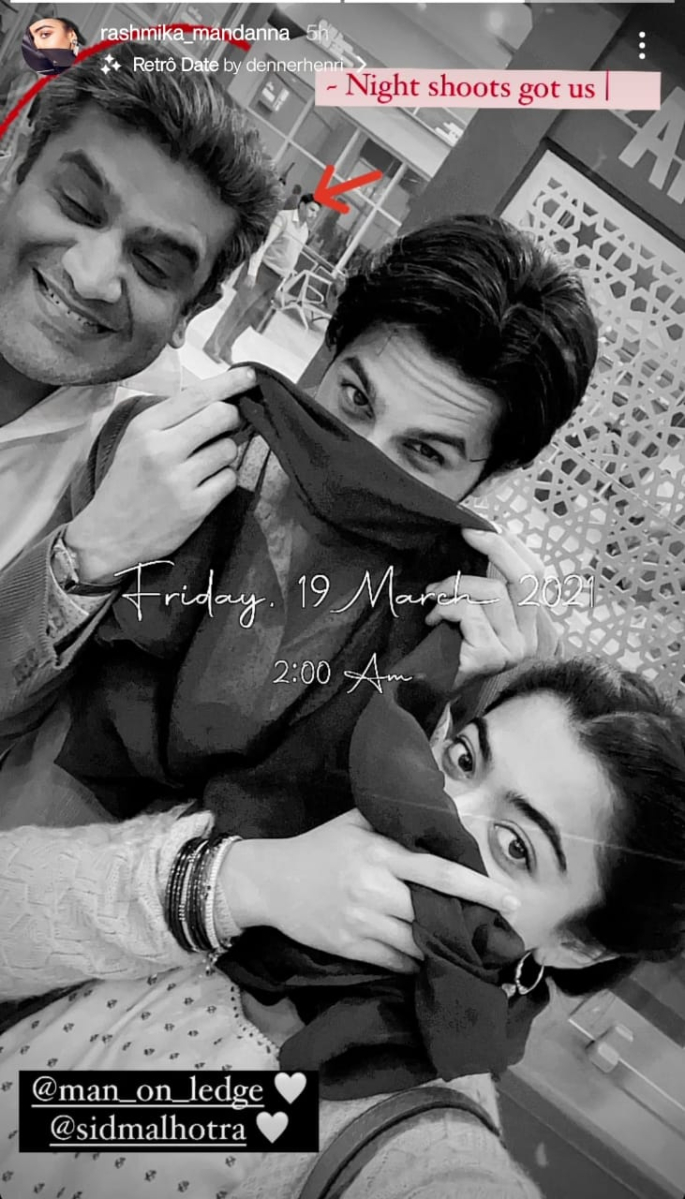 The same photo was also shared by Sidharth Malhotra and Amar Butala.

Sidharth Malhotra and Rashmika Mandanna will star in the lead roles of Mission Majnu. It is directed by Shantanu Bagchi and produced by Ronnie Screwvala, Amar Butala and Garima Mehta.

The first look of the film was released in December 2020.

However, its release date is yet to be announced.