Bollywood actors Amitabh Bachchan and Deepika Padukone are sharing the screen once again for the Indian adaptation of ‘The Intern’.

"AB and DP together are simply magic!”

Established actors Amitabh Bachchan and Deepika Padukone will be reuniting for the Bollywood adaptation of Warner Bros’ The Intern.

The remake was due to star Rishi Kapoor. However, Bachchan is now replacing Kapoor as a result of his passing in 2020.

The film will be directed by Amit Ravindernath Sharma and c0-produced by Sunir Kheterpal. Deepika Padukone is also a co-producer.

Many of those involved in the film have taken to social media to announce the Bollywood adaptation of The Intern. 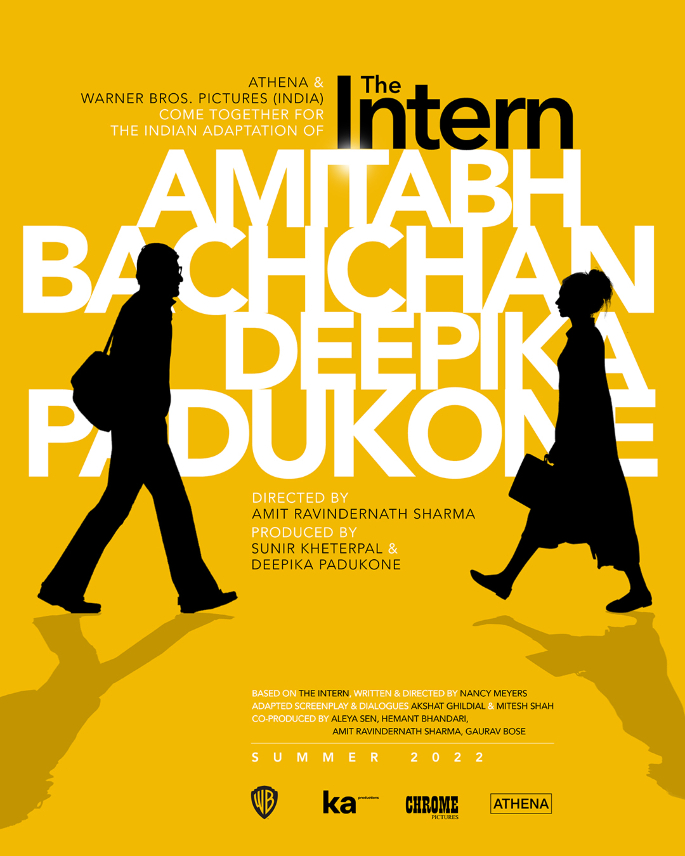 Responses to the announcement of the adaptation of The Intern are mixed.

“Love it! AB and DP together are simply magic!”

However, other social media users were quick to criticise the remake, believing the original Hollywood film was good enough.

“Don’t think it needs an adaptation… It was a good movie… Why create again?”

Another said: “That is one of my favourite films. Let’s make sure you guys don’t ruin it.”

The Intern is a 2015 comedy-drama written and produced by Nancy Meyers.

It tells the story of a 70-year-old man (played by Robert De Niro) who becomes a senior intern at an online fashion website.

The website is run by Anne Hathaway’s character, and the two quickly form an unlikely friendship.

The Intern is part of an ongoing agreement between Warner Bros and Azure Entertainment, another Sunir Kheterpal organisation.

The agreement allows Warner Bros films to be identified, developed, produced and distributed for Indian audiences.

Multiple collaborations come under this deal, such as the upcoming Indian version of Hong Kong’s Internal Affairs, based on Martin Scorsese’s The Departed.

The Intern sees Amitabh Bachchan and Deepika Padukone reunite once again. The pair have not collaborated since their 2015 film Piku.

Bachchan and Padukone play the roles of a father and a daughter in the film, directed by Shoojit Sircar.