Self-Driving Cars in South Asia and their Impact

It is possible that self-driving cars could be a choice that many opt for in the near future but how would they impact South Asia? We find out.

self-driving cars can be beneficial to South Asian countries.

South Asia is a promising region and hosts two of the most populated countries in the world.

Regardless of the conflicts that South Asia has seen for the past 70 years, times are changing and there are calls for unity in various aspects.

Whether one puts it on globalisation or not, it seems that for South Asian countries, there are more similarities than differences that can unite them.

Technology has influenced the lives of millions of South Asians.

It’s not just social media and mobile phones, but the structure of communication presents itself beyond imaginations.

Rural areas of India, Pakistan, and Bangladesh may not have proper infrastructure or governance, but traces of technology can still be found.

It goes without saying that all the countries in South Asia are still developing. They’re in the middle of fighting socio-economic challenges and trying to find a balance.

But here’s an idea that can very well be considered a challenge and a remarkable innovation: What if self-driving cars were introduced in South Asia?

A lot of things come to mind and both practical and theoretical aspects must be considered. DESIblitz takes a look at self-driving cars in South Asia and the impact they might have.

How self-driving cars can have a positive impact? 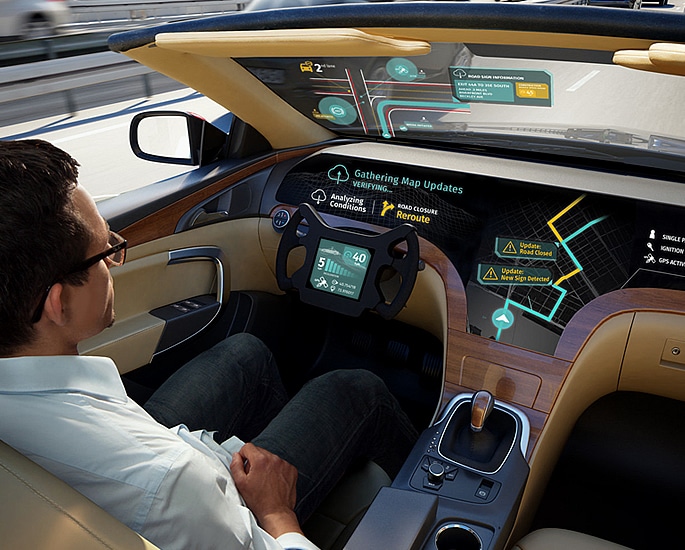 The infrastructure of South Asian countries is hard to analyse just by considering a couple of urban areas.

In fact, all these countries have a mixed proportion of similarities and differences.

But regardless of the differences, one question remains untouched: why should self-driving cars take over South Asian countries?

There are many reasons through which self-driving cars can be beneficial to South Asian countries.

The following analysis takes a look at certain aspects of each country’s need for driverless cars.

Self-driving cars can potentially have many wonders within India. It is possible that it could benefit Indian citizens as well as improve the global climate.

According to a report, four cities in India are among the ten most polluted countries in the world.

A large amount of pollution is owed to the presence of petroleum products.

If every vehicle were to become hybrid or more energy efficient, it could solve the environmental problem.

Self-driving cars can play a huge factor in improving the environment in India.

For instance, vehicle automation can optimise the drive cycle which will lead to reduced traffic congestion and improve traffic flow.

It will result in fuel being consumed on a more efficient basis. This means that less fuel will be wasted, ensuring a healthy and safe environment. Such a move can change the entire region’s climate and weather.

India is the second largest country in the world. If traditional vehicles are replaced by self-driving vehicles, it could very well help reduce the global temperature.

The country also provides opportunities for self-driving car manufacturers to test their vehicles in all kinds of terrain, environment, and weather.

Whether it is in hot dry weather, snow-covered hills, or humid areas, self-driving cars can not only be tested in the Indian environment but they can also be useful there. 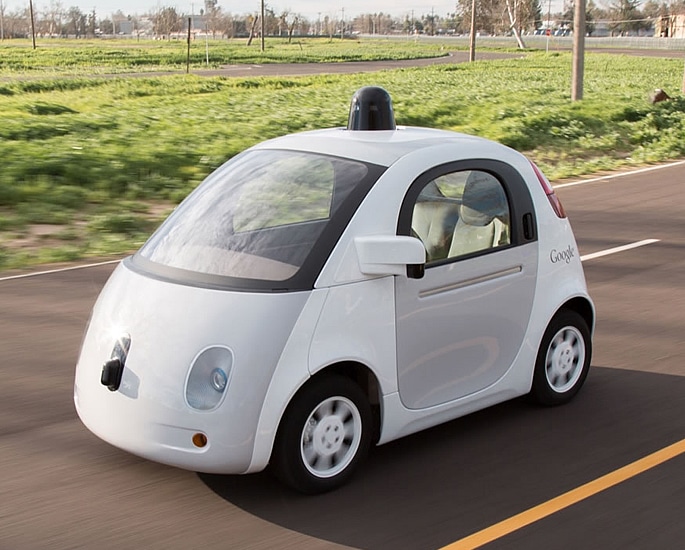 In Bangladesh, the introduction of driverless cars can provide many opportunities for employment.

So many engineering and IT graduates can be employed to improve and efficiently implement self-driving cars.

There is also a tremendous opportunity for self-driving car manufacturers to test their products in one of the most humid regions of the world.

They can also improve emergency services by acting as emergency vehicles.

An advantage could be the use of real-time traffic information to determine and execute routes more efficiently than human drivers.

Faster response times can be vital in these type of situations.

While some testing has already been done, more development needs to be done for driverless vehicles to become suitable emergency vehicles.

Regardless of the infrastructure, there is a great chance that self-driving cars will improve the lives of Bangladeshis.

They will also showcase the efficiency of driverless cars to the world.

The air quality in Pakistan is an urgent matter. Peshawar and Rawalpindi are two of the most polluted cities in the world when considering air quality.

In terms of overall pollution, Lahore and Faisalabad are two of the worst.

Self-driving cars can certainly make a difference similar to how it could in India. It can also allow the IT and engineering sectors to prosper as more jobs could be created.

However, if self-driving cars are to be introduced, certain areas with difficult terrain would need to be looked at and possibly improved.

It is fair to say that self-driving cars can have a positive impact on South Asian countries.

There would be more employment opportunities and improve the overall climate.

This means that the economy of the South Asian countries would become better.

Self-driving cars can also allow these three countries to collaborate and to develop a safe and prosperous sub-continent.

Irrespective of the political and social disputes that Bangladesh, Pakistan and India have, self-driving cars can very well bring everyone together.

But how realistic is the notion of introducing self-driving cars in South Asia? That is to say, can they really prove to be efficient for South Asian countries?

The negative impact self-driving cars could have 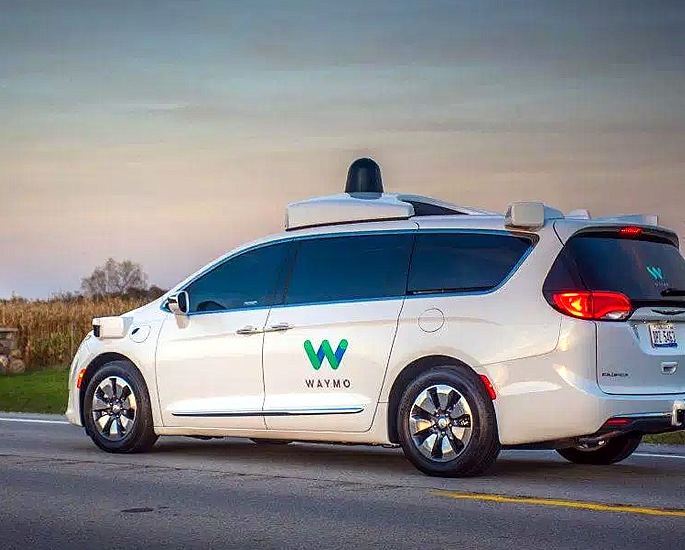 While there are positives to having autonomous cars in South Asia, there are also negatives.

Driving-related jobs and businesses could disappear as the technology makes certain aspects of these occupations outdated.

Though new jobs will be created, a lot of existing ones would become redundant.

One common factor that is established in all South Asian countries is related to employment.

Uber has made a significant impact in Bangladesh, India, and Pakistan in recent years. Many people have found new means of employment through Uber and other online transportation services.

As a result, many businesses have been affected, especially rickshaws and public transportation in South Asian countries.

Furthermore, there is an alarming rate of unemployment in Bangladesh, Pakistan, and India.

These transportation companies provide a mean of income for many households.

If self-driving cars appear on the scene, they’re very likely to take over human drivers, therefore, creating a very fragile state of living for many.

Self-driving cars will also progress towards logistics. Many truck drivers might lose their jobs because of self-driving vehicles.

But self-driving cars have not been perfected yet. While they’re in a beta phase, they’re certainly not ready for humid zones, such as that of Bangladesh.

It is natural that a large population will result in traffic jams and Indian urban areas are victims of traffic issues. 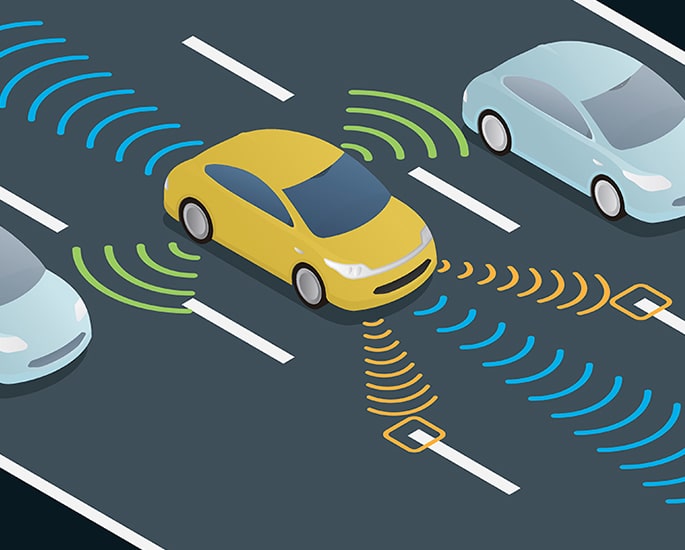 Self-driving cars have a long way to go before they are safe to be on the roads. Currently, they are not suitable for such conditions.

With Pakistan comes similar problems as that of India.

Not only are traffic jams a problem for self-driving cars, but the lack of adequate infrastructure can cause them to not work effectively.

There is also the issue of road safety and that persists in all South Asian countries.

Autonomous cars rely on Artificial Intelligence (AI) to work but there have been problems in the past regarding a safe way of driving.

AI is not able to function properly in chaotic inner-city environments and that is evident in South Asia.

Aggressive driving, road accidents and underage driving are common. Many rickshaw drivers do not even carry a certified licence.

It is almost fair to say for driverless cars, South Asian traffic might prove to be an unsafe option for now.

It is possible that self-driving cars are introduced in South Asia within the next decade.

However, it would require the masses to understand and trust such advanced technology.

While jobs would be lost, the impact may not be as significant provided that the government plays its role and offers alternate skills and employment.

AI is the future and vehicles will be integrated into it sooner or later. It will not only improve driving conditions but also prove to be efficient in fuel consumption.

Thousands of unemployed graduates can have a chance to polish their skills if driverless cars arrive in South Asia.

It would prove to be revolutionary in the car manufacturing sector.

Logistics will no longer rely on human efficiency. Instead, they will look at the autonomous systems found in the self-driving trucks and vehicles.

But it does not mean technology alone will flourish everything all by itself.

Aspects such as the improvement of roads and traffic control are not up to car manufacturers, they are the responsibility of the government.

If they develop, they will help driverless cars perform better if they are introduced.

This idea of development is not limited to self-driving cars, but it will also benefit the general public.

Traffic rules and regulations cannot be limited to those who cannot have their say.

Everyone should follow and obey the traffic rules because it can prove to be chaotic if anyone breaks the rules.

Traffic accidents are one of the leading causes of deaths worldwide. Improving road ethics can very well reduce that number.

Driverless cars are being tested rigorously in America on open roads. It is possible that they will be on the roads within the next few years.

However, it is unlikely that driverless cars will be seen anytime soon in South Asia.

Factors, like improving the overall standard of roads as well as creating more traffic calming measures, need to be done.

Civilians will also need to look at the positives of AI if driverless cars are going to be a thing in South Asian countries.

Z. F. Hassan is an independent writer. He enjoys reading and writing on history, philosophy, art, and technology. His motto is “Live your life or someone else will live it”.
The Best Headphones to Buy for Gaming
Games to Look Forward To from E3 2019