Don’t worry if you see a car without a driver from January 2015. It is simply an intelligent and driverless car doing a test run in your city.

“Locals can expect to see a semi-autonomous Range Rover driving about.”

Autonomous cars, or better known as driverless cars, will be cruising along the roads in four UK cities in 2015.

Bristol, Greenwich, Coventry and Milton Keynes have been selected to test driverless cars from 1 January 2015.

The four cities will run trials and projects with local institutions to understand the operations and implications of introducing driverless cars in the UK.

Bristol will look at the legal and insurance aspects and observe the public’s response.

Greenwich will explore the safety of these vehicles and how they can be integrated into a transport system as rushed and jam-packed as London. 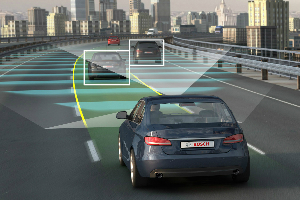 Locals can expect to see a semi-autonomous Range Rover driving about to assess the vehicle’s response in real world conditions.

The UK Autodrive consortium said the aim was not full autonomy. They emphasised it is more “a passenger car that is capable of being autonomous for part of the time.”

Dr Wolfgang Epple, JLR’s Director of Research and Technology, said: “To successfully introduce driverless cars, we actually need to focus on the driver, as well as pedestrians and other road users.

“So we are researching the HMI (Human Machine Interface) in cars and self-driving pods to ensure all road users understand, accept and support these new and exciting technologies.

“We need to give everyone the confidence that a car or pod driving around with little or no human input is a safe, viable and rewarding experience.”

Autonomous cars are equipped with various sensory devices, such as radar, lasers and cameras, which gather data on distance, direction and speed.

The data is then communicated to the car’s computer system for calculation and will continually update itself to allow navigation without human control. 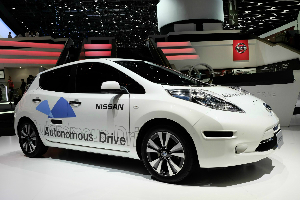 Various car manufacturers have been racing to build prototypes and test them on real roads.

Nissan did it in Japan and aimed to launch its range of affordable driverless cars by 2020.

Volvo will also be ready for a test drive in Sweden in 2017.

Driverless cars are currently legal in four states in the USA, including California, home of the Google Self-Driving Car.

Despite actively promoting its benefits for the elderly, disabled and road safety, the wider public is yet to be convinced.

While UK transport minister Claire Perry highlighted self-driving cars may be vulnerable to web hacking, there are also other serious concerns. 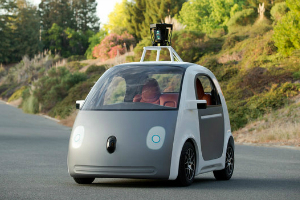 The Highway Code and traffic laws will most likely go through major revisions. The transition may impact on learning drivers and new drivers, in addition to those with years of experience.

In the event of an accident, the debate over liability and compensation can become very tricky.

“This becomes problematic when the accident results from a fault in the autonomous systems of the car, or a failure in judgement on the part of the driver in their operation of that system…failing to upgrade operating software or failing to over-ride it in an emergency being the deciding factor.”

However, she believed insurance companies are likely to “continue to consider claims for collisions by looking at the actions of the driver, analysing these for evidence of negligence or fault.”

The technology may seem promising, but there are many hurdles to be overcome before the futuristic driving robots can transform our lives forever.

Scarlett is an avid writer and pianist. Originally from Hong Kong, egg tart is her cure for homesickness. She loves music and film, enjoys travelling and watching sports. Her motto is “Take a leap, chase your dream, eat more cream.”
Ericsson slams sale ban on Xiaomi India?
Top Tech Gifts For Him