Why Thomas Tuchel was in Kerala?

Former Chelsea manager Thomas Tuchel was spotted in Kerala earlier in October 2022. He has now revealed the reason for his visit.

“I have always been aware of the principles of Ayurveda."

Ex-Chelsea boss Thomas Tuchel revealed the reason for his visit to Kerala.

Earlier in October 2022, the German went viral after he was spotted taking pictures with Indian fans at Kerala’s Cochin International Airport.

In an interview, Tuchel revealed that he has been undergoing Ayurvedic rejuvenation after developing a curiosity.

He said: “I was curious. One of my assistant coaches was here six years ago.

“He told me good things about this place.

“I have always been aware of the principles of Ayurveda.

“After a long period of coaching, there was a possibility of taking a break for me, so I came here.”

“The experience has been fantastic. I feel energised and calm.

“I would recommend this to everybody who wants to discipline the body and the mind.” 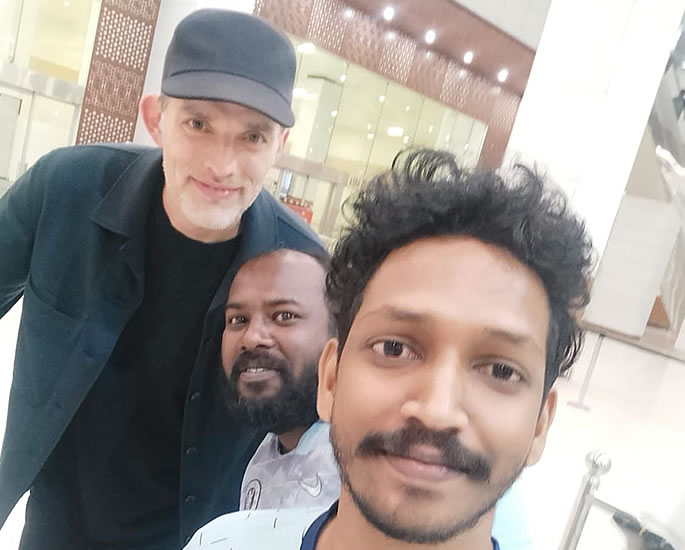 He visited India a month after he was unexpectedly sacked as Chelsea boss following a loss to Dinamo Zagreb in their opening Champions League fixture.

Tuchel’s dismissal was a surprise given his 60% win percentage and even winning the Champions League.

Despite this, he enjoyed his time at the London club.

Tuchel said: “I loved every day at Chelsea.

“It came to an end too early for me, but it was out of my hands. This is also what you sign up for.”

In his emotional farewell statement to Chelsea, Tuchel expressed:

“This is one of the most difficult statements I have ever had to write – and it is one which I hoped I would not need to do for many years.

“I am devastated that my time at Chelsea has come to an end.”

Tuchel reflected on his successes at Chelsea – thanking fans, players and staff for their support during his time at the club:

“This is a club where I felt at home, both professionally and personally.

“Thank you so much to all the staff, the players and the supporters for making me feel very welcome from the start.

“The pride and joy I felt at helping the team to win the Champions League and the Club World Cup will stay with me forever.

“I am honoured to have been a part of this club’s history and the memories of the last 19 months will always have a special place in my heart.”

Graham Potter has since taken over as Chelsea’s Head Coach.

Ilsa is a digital marketeer and journalist. Her interests include politics, literature, religion and football. Her motto is “Give people their flowers whilst they’re still around to smell them.”
Wasim Akram reveals Cocaine Addiction after Retiring
Virat Kohli hits out at Stranger invading Hotel Room