Sunny Leone opens up about Her ‘Tough’ Bollywood Journey

Bollywood star Sunny Leone has opened up about her ‘tough’ journey into Bollywood which saw her face ‘a lot of crazy things’.

"I don’t come from a typical ‘journey'."

Actress Sunny Leone has revealed that her journey into Indian films was difficult as “it took a while” for people to accept her.

Sunny Leone made her Bollywood debut eight years ago and has since managed to create a space for herself and enjoys the love of her fanbase in India.

According to an interaction with Hindustan Times, the Ragini MMS 2 (2014) actress disclosed that she is eager to get back to India. She said:

“I want to come back so bad. India is my home, Los Angeles is just my vacation home. India is where my heart is.”

Currently, Sunny is residing in Los Angeles with her husband Daniel Weber and three children – Noah, Asher and Nisha. 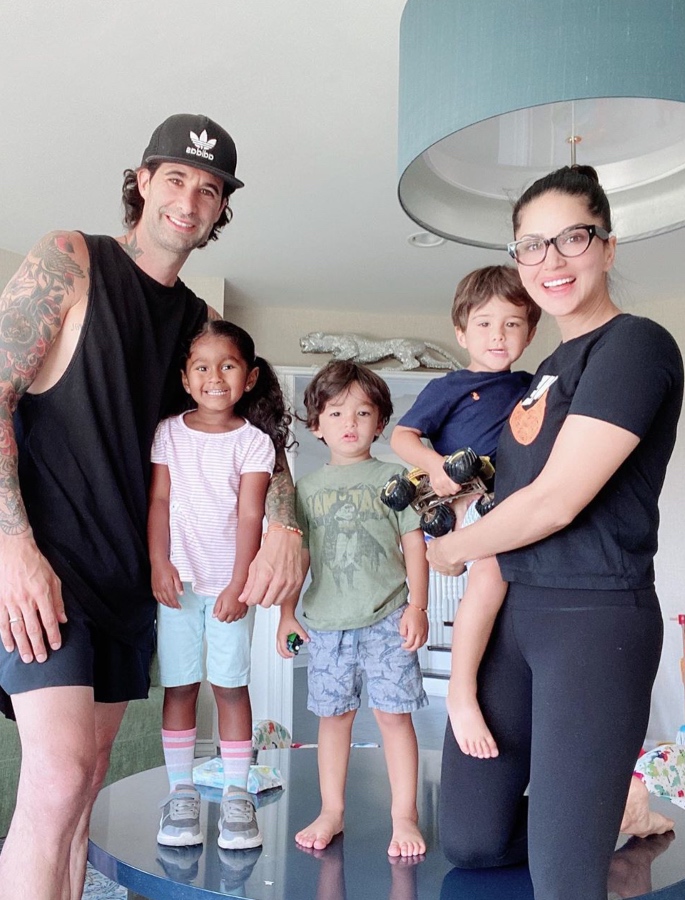 Addressing the impact of the coronavirus pandemic on daily life, she explains:

“There is a sense of stress as well because nobody’s working or doing anything. I think it would be a mix of both. Normal life before the pandemic, for me, was working and going on sets.

“Going to the office, taking care of my children, and more than anything, just a lot of work.

“Now, it’s some work here and there, digital videos and stuff, taking care of kids and figuring out when the next step would happen. It’s not as exciting as before.”

Sunny Leone continued to divulge that she misses working in India. However, Covid-19 is standing in the way. She said:

“Coronavirus is at its peak even right now. Now that proper transportation has been open, there could be another spike.

“I really want to come back and start working, but health and safety come first. I miss it.”

Sunny recalled her journey into Bollywood. She revealed that even though it was “tough” it has still been “absolutely amazing.” She explained:

“I am so thankful for everything that has happened, and people here have been so inviting, caring and accepting.

“I don’t come from a typical ‘journey’, it’s been very, very difficult than almost everybody in Bollywood. It was tough, a lot of crazy things happened, and there is a lot more good than bad.”

“My journey is so different from everybody out there, and I was fortunate that people accepted me.

“It took a while for people to do that, but even when I first got here, there was a vast majority of people who accepted me, and that is why I survived.

“It’s the fans who kept me alive and kept everything going. If it was not for them, I don’t think I would be here.”

Ayesha is an English graduate with an aesthetic eye. Her fascination lies in sports, fashion and beauty. Also, she does not shy away from controversial subjects. Her motto is: “no two days are the same, that is what makes life worth living.”
Rhea Chakraborty’s Prison Cell without Bed, Pillow & Fan
Poonam Pandey gets Married in low-key Ceremony