An Indian bride and groom from Madhya Pradesh tied the knot. What was different was that they completed the procession with their seven-month-old son.

This prompted Karan and Neha to elope

An Indian bride and groom got married on Saturday, February 8, 2020, in front of their family and friends.

However, it was a topic of discussion within the community because the couple had their seven-month-old son sitting with them throughout the procession.

They had the wedding with their son in their arms.

The wedding took place in the city of Chhatarpur, Madhya Pradesh.

It was reported that Pappu and Malati Ahirwar had two daughters. Pappu adopted his nephew Karan 24 years ago and raised him as his son.

Karan moved to Delhi in 2014 where he eventually got to know a young woman named Neha Kashyap.

They were attracted to each other and later got into a relationship. Despite their love, Neha’s relatives did not approve of their relationship because they were from different castes.

This prompted Karan and Neha to elope on February 17, 2018. They ended up getting married at a temple in another area of Delhi. 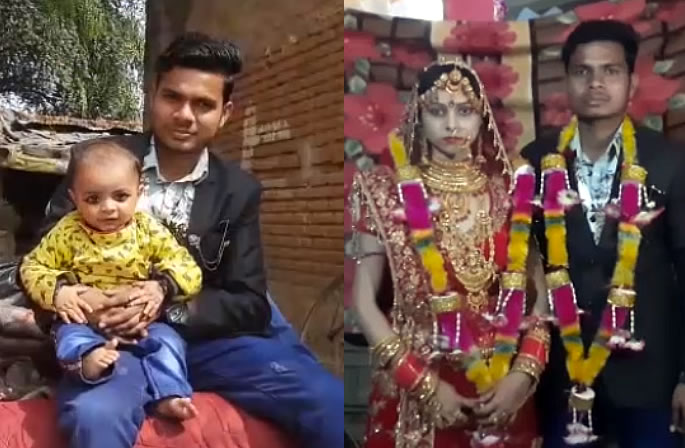 Even though Neha’s relatives were not happy about the relationship, Karan’s parents approved of the marriage and wanted to celebrate it.

Pappu and Malati decided to arrange an event to celebrate the marriage of their son and daughter-in-law as well as celebrating their grandson.

They arranged a wedding ceremony in their home village of Kumhar Tola and sent out invitations to other relatives and neighbours. Karan’s adopted sisters helped with the arrangements to ensure that it would be a memorable day.

People from all over the city arrived for the wedding.

The Indian bride and groom ended up getting married in the presence of their seven-month-old son Shivansh.

Following the marriage, celebrations ensued which included musicians and dancers. 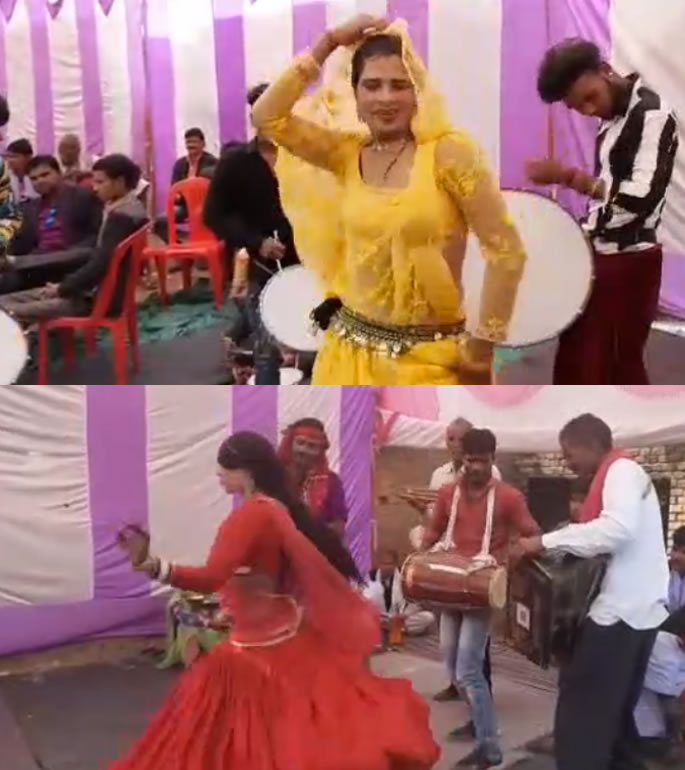 This marriage is a case of intercaste relationships being celebrated and it is proof that social views in India are becoming more open.

However, intercaste marriages are still seen as taboo by some people.

Marrying within your own caste is common practice and it is very common for higher castes to object to a marriage to a lower caste.

Therefore, marrying out of your own caste can still be a huge issue.

Intercaste marriages in India has led to couples being disowned by their families, emotional strains and even honour killings.

Some couples have requested for police protection out of fear that they would be harmed by their families.

Dhiren is a journalism graduate with a passion for gaming, watching films and sports. He also enjoys cooking from time to time. His motto is to “Live life one day at a time.”
Delhi Policeman shot Himself after killing Female Cop ‘He Loved’
Restaurant Workers jailed for Abducting & Raping Woman