Xiaomi India’s patent row with Ericsson has resulted in its sale ban until 5th February 2015. They are still being sold on Flipkart, however. DESIblitz reports.

“Ericsson accused Xiaomi for a lack of response and attempts to resolve the issue.”

Xiaomi, the Chinese smartphone company, and Flipkart, its sole retail partner in India, have been temporarily banned from selling devices that violated patents held by Ericsson.

The Delhi High Court has granted an ex parte injunction against Xiaomi, restricting the company from selling, advertising, manufacturing and importing devices into India.

The Swedish telecommunication giant claimed Xiaomi has infringed eight of its Standard Essential Patents (SEPs), though the list of contested patents has not been revealed.

In its official statement, Ericsson accused Xiaomi for lack of response and attempts to resolve the issue: 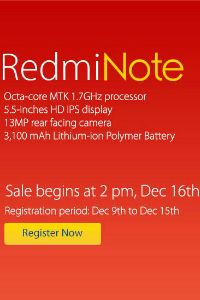 “Ericsson’s commitment to the global support of technology and innovation is undisputed. It is unfair for Xiaomi to benefit from our substantial R&D investment without paying a reasonable licensee fee for our technology.

“After more than 3 years of attempts to engage in a licensing conversation in good faith… Xiaomi continues to refuse to respond in any way regarding a fair license to Ericsson’s intellectual property on fair, reasonable and non-discriminatory (FRAND) terms. Ericsson, as a last resort, had to take legal action.

But Ericsson indicated its legal action would not affect their partnership:

“To continue investing in research and enabling the development of new ideas, new standards and new platforms to the industry, we must obtain a fair return on our R&D investments.

“We look forward to working with Xiaomi to reach a mutually fair and reasonable conclusion, just as we do with all of our licensees.”

Genuine effort from Xiaomi India to settle the dispute is yet to be seen. Its official website is still advertising its flash sale scheduled to take place on 16 December 2014.

Flipkart, its partner in crime, is still displaying its landing page for a range of Xiaomi’s products and excitedly counting down to the flash sale.

Xiaomi India’s official statement reads: “We haven’t received an official note from the Delhi High Court. However, our legal team is currently evaluating the situation based on the information we have.

“India is a very important market for Xiaomi and we will respond promptly as needed and in full compliance with India laws. Moreover, we are open to working with Ericsson to resolve this matter amicably.”

After a rapid expansion in Asia and impending plans to enter Brazil, this is Xiaomi’s first patent infringement lawsuit.

Ericsson, on the other hand, has a history of patent disputes with smartphone manufacturers such as Samsung and Micromax.

Ericsson has allegedly received $650 million (£410 million) and nine-figure royalties from its agreement with Samsung. It is also expected to claim back 1 per cent royalty on Micromax’s devices sold. 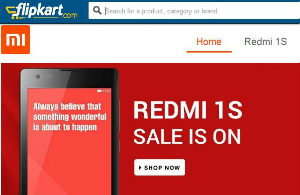 The ban against Xiaomi certainly raises questions for its users about customer care, refund and the upcoming flash sale.

But there is bigger concern over Xiaomi’s expansion plan in India (read our full article here) and other markets.

If Xiaomi agrees to pay up, the production cost of these devices and their retail prices will inflate. This is very bad news for a company that prides itself on selling high-end devices at affordable prices.

This may also impede Xiaomi’s entrance and reputation in foreign markets that are more stringent on copyright and patent infringement law.

A court hearing on the case is currently pending.

Scarlett is an avid writer and pianist. Originally from Hong Kong, egg tart is her cure for homesickness. She loves music and film, enjoys travelling and watching sports. Her motto is “Take a leap, chase your dream, eat more cream.”
Xiaomi reveals sweeping plans for India
UK set to Test Driverless Cars