Man kills Friend with Hammer after Dispute of House Sale

A man from Batley brutally beat his friend to death with a hammer following an argument. The dispute was over the sale of a house.

"When he said that to me I felt that he has betrayed me."

Abdul Kapade, aged 49, of Highfield Court, Batley, was jailed for life after he murdered his friend with a hammer following a dispute over money.

Leeds Crown Court heard he carried out a “sustained and frenzied” hammer attack on 46-year-old Firoz Pagarkar in the early hours of January 3, 2019.

Kapade explained he confronted his friend about £20,000 in October 2018 as he believed he was owed when the victim brandished a weapon.

Kapade had sold his house to Mr Pagarkar, who he described as being “like a brother” in December 2017. He had lost his money to gambling. He also lost his job in April 2018.

Mr Pagarkar intended to move his wife and three children from India into the house after they secured visas.

The victim’s family were left homeless and had to rely on the state after coming to the UK as planned.

Kapade thought he was still owed £20,000 from the sale of the house, however, Mr Pagarkar told him he owed him nothing. Kapade told jurors:

“When he said that to me I felt that he has betrayed me.” 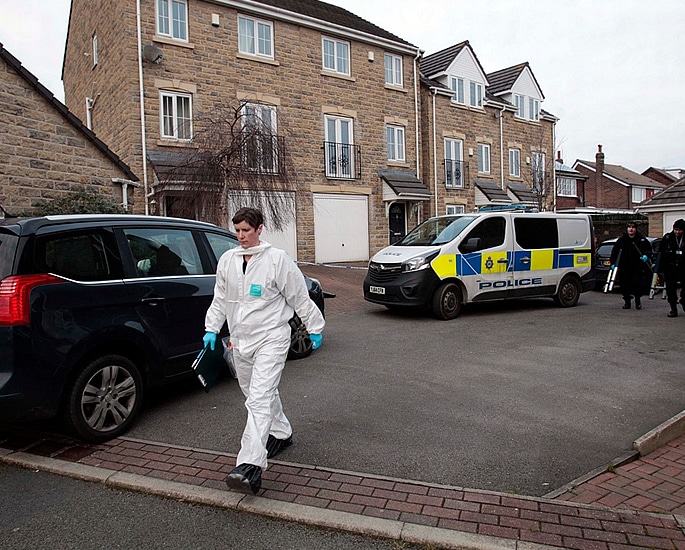 “Your addiction to gambling made you crave money and you believed that he had some of yours.”

Judge Kearl then stated that Kapade turned violent when he found out that he was not going to get any money.

After brutally attacking Mr Pagarkar with a hammer, Kapade approached officers in the area and told them he needed to be arrested.

Mr Pagarkar was still alive when Kapade left the house. He was found in bed with fractures to his skull and “catastrophic” brain injuries.

The victim spent seven weeks in hospital before succumbing to his injuries on February 24.

Judge Kearl told Kapade that he does not have both sides of the story so he did not need to know about whether the money was owed or not. He said:

“To attack and kill someone over money is, which you now recognise yourself, a callous act, one which cannot ever be justified.”

The prosecutor Kama Melly QC explained that Kapade initially did not tell officers that Mr Pagarkar had produced the weapon first.

It was concluded that the attack was not pre-meditated and Judge Kearl was not satisfied to the criminal standard that Kapade had taken the hammer into the bedroom.

Kapade previously assaulted and threatened to kill Mr Pagarkar but has no previous convictions. He was found guilty of murder.

In mitigation, Abdul Iqbal QC stated that it was evident that Kapade was suffering from disordered thinking, given his actions towards the victim over the months prior to his death.

The Examiner Live reported that Abdul Kapade was jailed for life and is to serve a minimum of 14 years.

“This was a violent and sustained attack on Mr Pagarkar and the injuries he sustained were catastrophic.

“The defendant and victim were friends of many years and their disagreement stemmed from a £20,000 debt which was owed to Kapade for the sale of his house.

“We welcome the sentence which has been handed to Kapade and hope that this brings some closure and comfort to the family and loved ones of Mr Pagarkar.”

Dhiren is a journalism graduate with a passion for gaming, watching films and sports. He also enjoys cooking from time to time. His motto is to “Live life one day at a time.”
GCSE Student offered Job if She studies Physics at University
11-year-old Indian Boy Stops Thief Stealing from his Mother