A man from Smethwick was jailed for beating a pensioner. Following the violent assault, Palvinder Singh Hayre dumped the victim’s body outside his home.

"There was no sign of an injury on Gurmukh."

Palvinder Singh Hayre, aged 51, of Smethwick, was jailed for beating his pensioner friend to death. He was sentenced to life in prison.

Wolverhampton Crown Court heard that Hayre snapped at his home during a drinking spree with 70-year-old Gurmukh Singh.

The victim was saying farewell to his friends as he was set to be deported back to India after living in the UK for 23 years.

He stayed overnight because he was too drunk to return to Birmingham where he was living with his sister.

Both heavy drinkers, the pair had been drinking together for most of the day before and during the morning before the brutal attack took place.

She told the court: “He had come to Smethwick for one last time to say goodbye to friends.

“The two men were chatting and drinking – there was an open bottle of vodka which I closed – but I thought they were enjoying themselves. There was no sign of an injury on Gurmukh.”

Mrs Bhogal left the house at noon but at 1 pm, a CCTV captured an unconscious Mr Singh being dumped from the house onto the doorstep.

He was taken to hospital but later died from his injuries. 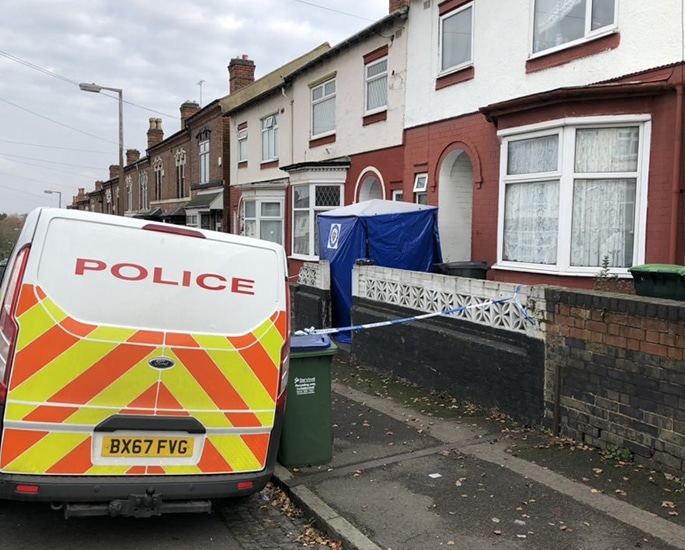 The face of the person who ejected him was not seen but they were wearing grey jogging bottoms and part of a blue Adidas jacket could be seen.

These matched the clothes worn by Hayre during the previous two days.

Mr Singh’s blood was found on Hayre’s jogging bottoms which he was still wearing when he was arrested. Blood was also on the wall, carpet and a chair in the living room where they had been drinking.

The victim suffered 29 rib fractures along with further fractures to his breast bone, both eye sockets and either side of his thyroid cartilage where Hayre had tried to strangle him.

Hayre claimed he never struck the victim and said he was unhurt when he went to sleep upstairs.

When asked to explain how the murder could have taken place without his involvement he replied:

“Black magic. I think they sent somebody to kill me but maybe they have killed him.”

He pleaded not guilty but was convicted of murder on July 18, 2019.

“He was your drinking buddy and not in the best of health but you subjected him to a high degree of violence.”

“It was a short and sudden explosion of ferocious violence for reasons best known to you and you were convicted on the strongest evidence one could imagine.”

Hayre, who had a history of violence and heavy drinking, remained emotionless as he was sentenced to a minimum of 18 years and four months in prison.

“This is a tragic case where an elderly man was viciously beaten and left for dead in broad daylight.

“We do not know what caused Hayre to react in such a callous way before retiring to bed like nothing had happened.”

Dhiren is a journalism graduate with a passion for gaming, watching films and sports. He also enjoys cooking from time to time. His motto is to “Live life one day at a time.”
Snooker Club Manager jailed for offering £5k Bribe to Witness
Wine Bar Boss convicted of Sexually Assaulting a Drunk Woman