Sherinder Dhindsa, the alcoholic son of Derby Police and Crime Commissioner, Hardyal Dhindsa, has been jailed for criminal damage against his father.

Sherinder Dhindsa, aged 31, the alcoholic son of Derbyshire’s Police and Crime Commissioner was jailed for smashing an LED Smart TV to pieces on purpose at his parents home.

His father, Hardyal Dhindsa, pressed charges against his son after he and his wife were subjected to a violent and drunken rage by their son at their home.

Sherinder, in an alcoholic state, threw the £400 television at the radiator in the bedroom of his parents home.

His frightened parents watched their son commit this act of criminal damage in front of them, just 30 days after he was in court for a car incident.

In September 2018, Sherinder refused to take a police breathalyser test after a car accident for which he was given a 40-month ban and suspended jail sentence.

The smashing of the TV was one of many alcohol-related incidents his parents saw Sherinder involved with and led to them having to accept their alcoholic son needed help.

Hardyal who became Derbyshire’s Police and Crime Commissioner (PCC) in 2016, saw his son turn to alcohol after he had a relationship breakdown with his partner and also taking over a pub. Leading to Sherinder’s ‘addiction’ and erratic behaviour. 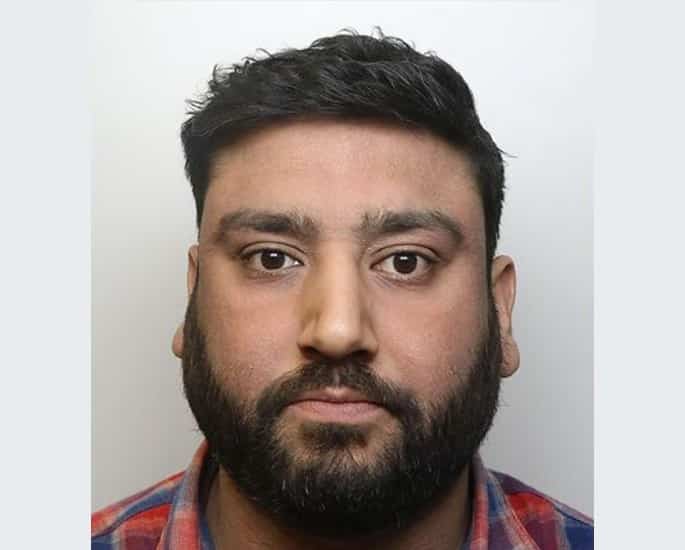 “On this particular evening, he had been drinking again, which rather disappointed his parents.

“He was making various threats to them, so they adopted their usual tactic of disengaging with him by retreating to their bedroom.

“He followed them and they continued to ignore him. He then turned his attention to a television. He initially put his fist through the screen and continued to generate an argument with his parents.

“He then picked the TV up and threw it at a radiator, smashing it into pieces.”

The violent and drunken state of their son led to a “frightened” Mr and Mrs Dhindsa calling the police and having him arrested.

In addition, the parents wanted a restraining order put on their son because they “simply had enough” of Sherinder’s behaviour towards them.

In court, a statement provided by Hardyal Dhindsa was read out which stated the reasons as to why they pressed charges against their son:

“We still love him. I want to help him – we want our son back but we can’t have him living with us, for our own safety.

“We do want to support him, but in a structured way outside of our home.

“We hope he continues to get help for his addiction and problems inside his head.

“We still want to have contact with him. We just don’t want him to come to our own home.” 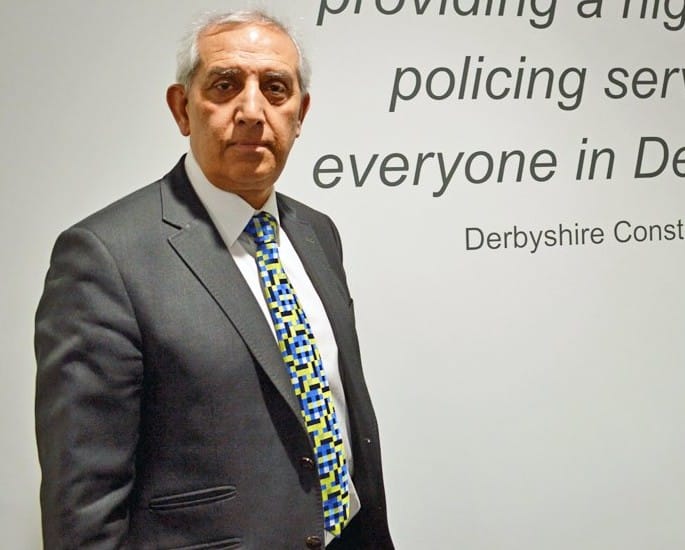 In Sherinder’s defence, his lawyer, Pardeep Kalyan, pleaded that he not be sent to jail, saying:

“Rehab is something he knows he needs. He went into a rehabilitation unit last year. It did work for a short period of time, but unfortunately, he relapsed.

“He has been living with his parents for most of his life. There have been ups and downs – that happens in most houses.

“He appears to be at a point where he is no longer welcome at that address, but that is not the end of the relationship.

“He knows alcohol has to be defeated and he is keen for it not to win over him.”

However, Keith Robinson the presiding magistrate felt in this instance a prison sentence was needed. Mr Robinson told Sherinder:

“This incident was carried out only ten days after a suspended sentence was given to you. You would have been fully aware of what would happen if you failed to stay out of trouble.

“Therefore, we are going to activate the suspended sentence and add a further eight weeks [for the criminal damage]. That amounts to 19 weeks. You will serve half of the time in custody and the rest on licence.”

With his 11-week suspended sentence being activated by the magistrate from the previous court hearing and the eight weeks for this crime, the prison sentence handed to Sherinder Dhindsa totalled to 19 weeks. Half of which he will spend in jail.

In addition, a two-year restraining order was also imposed on him prohibiting him from visiting his parents’ home.

After the court hearing and sentencing of his son, Hardyal Dhindsa spoke to media as reported by Derbyshire Live:

“This is a personal matter for my son who will, of course, take responsibility for, and accept the consequences of, his actions.”

“Those consequences are, rightly, a matter for the criminal justice system. That is as it should be and I hope that you understand that I do not wish to say anything further about this incident.

“However, I am clear that as a society we should help those addicted to alcohol or drugs so that they can rehabilitate and overcome their dependences.

“This is why I will continue to call for more resources to be invested in local and national support programmes. Enforcement alone will never solve the problem, this is a health issue which unfortunately can turn into a police matter.

“As I’m sure you will appreciate this has been a particularly stressful time for my family and we would all be grateful to have some privacy in which we can come to terms with recent events.”

Amit enjoys creative challenges and uses writing as a tool for revelation. He has major interest in news, current affairs, trends and cinema. He likes the quote: "Nothing in fine print is ever good news."
Indian Father sets Daughter on Fire over her Phone Addiction
Mother and Son Jailed for Laundering over £750,000