Nadeem Baras has been jailed for 38 months, after he violently attacked and imprisoned an epileptic woman from Derby.

A deranged, 34-year-old man is jailed for 38 months, after carrying out a series of shocking attacks against an “extremely vulnerable” epileptic woman. Just so he could “feel like a man.”

Nadeem Baras, a very jealous man of Warwick Road, Sparkhill, Birmingham, trapped the Epileptic sufferer in his flat, between 2016 and 2017, isolating her from her family.

As part of the terror inflicted upon the victim, he threatened to set fire to her friend’s home, while her children were inside.

Baras started seeing the young woman when he was in his late 20s and she was in her late teens. They dated for a while and eventually, he asked her to move into his home, that he currently shared with his previous wife and four children.

However, the epileptic woman was uncomfortable with the situation and returned to Derbyshire.

When Baras was kicked out of his home, by his wife, he got back in contact with the victim and asked her to move to Birmingham.

Feeling very unsettled by this relationship, the victim’s mother followed her motherly instincts and decided to travel to Birmingham to find her daughter but was unaware where they lived.

Only by using her initiative,  desperation to trace her daughter and “through sheer detective work” she tracked down where Baras had taken her daughter. It was a flat in Birmingham. 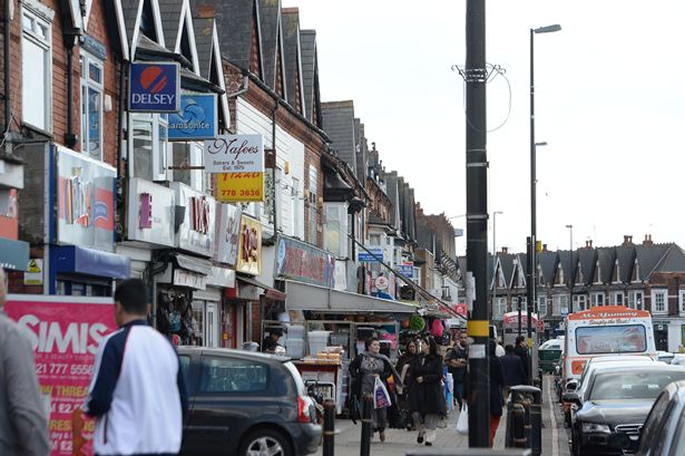 The mother eventually arrived at the address and spent time with her daughter. In spite of this, the Baras patiently waited for the mother to leave. He then violently beat up the daughter. He even sprained his wrist in the process and blamed it on the victim.

“The father-of-four prevented the woman from taking her epilepsy medication and during one episode of violence, he “snapped her finger” with his bare hands.”

“The 13-month ordeal has left the victim so affected she won’t even let her own sister touch her.”

He added: “It is a disgrace the way you behaved.”

“You denied her medication telling her she was going crazy. All for what? For your own ego and so you could feel like a man.”

Mr Varley unveiled the changes in the victim, saying:

“She turned into someone whose nails were bitten to the quick, who stopped wearing make-up and did nothing to her hair.”

Mr Varley read out part of the victim’s statement, saying:

“I am looking over my shoulder all of the time because of what he did to me. I am so scared I don’t leave the house anymore. I take a high dose of anti-depressants, I don’t socialise, and I suffer panic attacks. I can’t stand to be touched – even by my own sister.”

Nadeem, pleaded guilty to one count of forceful and controlling behaviour, within an intimate and family relationship.

Judge Egbuna handed over a restraining order to Baras which stated that he is prohibited from contacting the victim and entering the city of Derby.

Mehrunnisa is a politics and media graduate. She loves to be creative and unique. She is always open to learning new things. Her motto is: "Chase the dream, not the competition."
The Fast Route to a Degree and to Management – and it’s Open to All
First Indian Man jailed for Sharing Ex-Girlfriend’s Nude Videos