Punjab Bolda is a film touching upon present day Punjab and its youth. Reflecting on the state’s past, it delves into the deep socio-political issues surrounding the Indian Punjab today.

"If the youth get united, they can fight for a change for the better."

Director Ravinder Peepat’s Punjab Bolda will hit the screens August 15, 2013. Set in modern day Punjab, the film highlights the underlying issues whilst referring to the history and past events that changed Punjab.

Starring Sarbit Cheema and Anisha Pooja, Punjab Bolda is a film that will give light to the history of Punjab.

Produced by Poonam Tripathi, Sarbjit Cheema and Amarjit Cheema, this marks the second film for Cheema, since his debut film Pind Di Kudi (2004).  While the film did not gain much acclaim at the box office, Cheema is now back on screen to woo audiences. 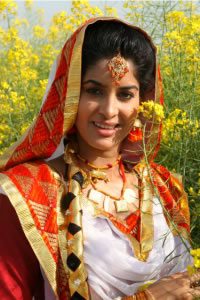 This film tells the story of today’s Punjab, set in a village where three generations of a family live under one roof. Grandfather and Grandson, Gurbaj Sr, and Gurbaj Jr., think alike and are true patriots.

Gurbaj Jr. runs a theatre group of like-minded youngsters who perform on tour, whilst visiting villages to speak out against the evils of society and the ongoing corruption within the government. Pooja, an anchor at a leading TV channel, supports him.

It is during their missions together that she falls in love with Gurbaj, much to the anger of her affluent father. This mission has numerous enemies – a corrupt police officer, an evil politician, a drug mafia sarpanch, a scheming trader and a harsh father.

Gurbaj and his group members fight it out against all odds, without losing hope or faith. They are illegally arrested and harassed, but inspire a public majority to join them in their mission to fight against the powerful corruption.

The message of Punjab Bolda is a call to action, calling all the youth of Punjab to unite in speaking out against the growing dishonesty in the socio-political landscape.

In Amritsar, along with Anisha Pooja, his co-star in his upcoming film Punjab Bolda, Cheema talked about the film’s historical relevance:

“The movie will throw light on the history of Punjab, along with its present situation. The state’s youngsters are enamoured with the west and this has affected the quality of their language and their love for Punjab’s heritage and culture.”

“However, if the youth get united, they can fight for a change for the better,” says Cheema, who insists that students especially should watch the film. 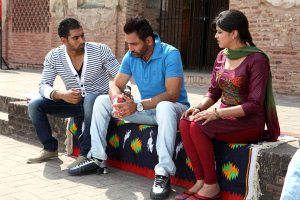 Famous Pakistani singer, Arif Lohar has also been roped in to sing one of the songs.

Cheema strongly believes in giving Pakistani artists a chance to work in India to promote the increasing love and warmth between the two nations:

“This is really important and in my future projects too, I would try to make such efforts.”

Starring along with Cheema in Punjab Bolda is Anisha Pooja, Miss India Universe 2008, who would be making a debut as an actor with the film. Born in Switzerland, Anisha says she always loved the Punjabi language.

Anisha enrolled herself at the illustrious Lee Strasberg Theatre and Film Institute in Los Angeles, US, and European Film Actor School in Zurich in preparation for the her roll and her new acting career:

“Even when I was a student, I was always associated with theatre and short films. I believe that theatre teaches you real acting,” she says. 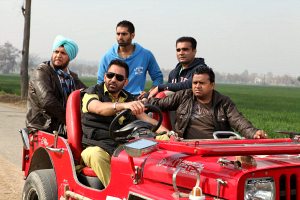 In Punjab Bolda, Anisha will portray the role of an enthusiastic, determined high-spirited journalist who helps the youngsters to fight injustice and guide them.

The Canadian promotional team includes Joti Sahota, who released the music of the film at the TJ Video location in Surrey ahead of the film’s theatrical release.

Punjab Bolda highlights real issues but also has a comedy track featuring comedy star Binnu Dhillon. The veteran singer says: “Even though so many singers are taking to films, at the end of the day, it matters how good the film is and not who is in it.”

Punjab Bolda expected to bring awareness from all areas of state. The trailer, which was released earlier this year shows the love of the motherland that never fades with time and the effects of growing corruption.

Punjab Bolda is a must watch for those who want something different away the clichéd comic cinema of Punjab.

Meera grew up surrounded with desi culture, music, and Bollywood. She’s a classical dancer and mehndi artist who loves everything connected with the Indian film and television industry and the British Asian scene. Her life motto is “do what makes you happy."
Chennai Express creates Box Office history
Once Upon A Time In Mumbaai Dobara