Neha Dhupia scorches in Shades of Red for Femina Photoshoot

Neha Dhupia graces the cover of Femina magazine for its April 2018 issue. Sporting shades of red and orange, the actress looks incredibly stunning!

Actress Neha Dhupia doesn’t need an introduction when it comes to the fashion circuit.

She’s well-known for her suave style and hence is the perfect cover girl choice for Femina magazine’s April 2018 issue.

Sporting a vibrant orange fringe dress, Neha is setting some serious summer goals with her look.

The off shoulder dress with a plunging neckline has been spiced up even more by the Bollywood star. 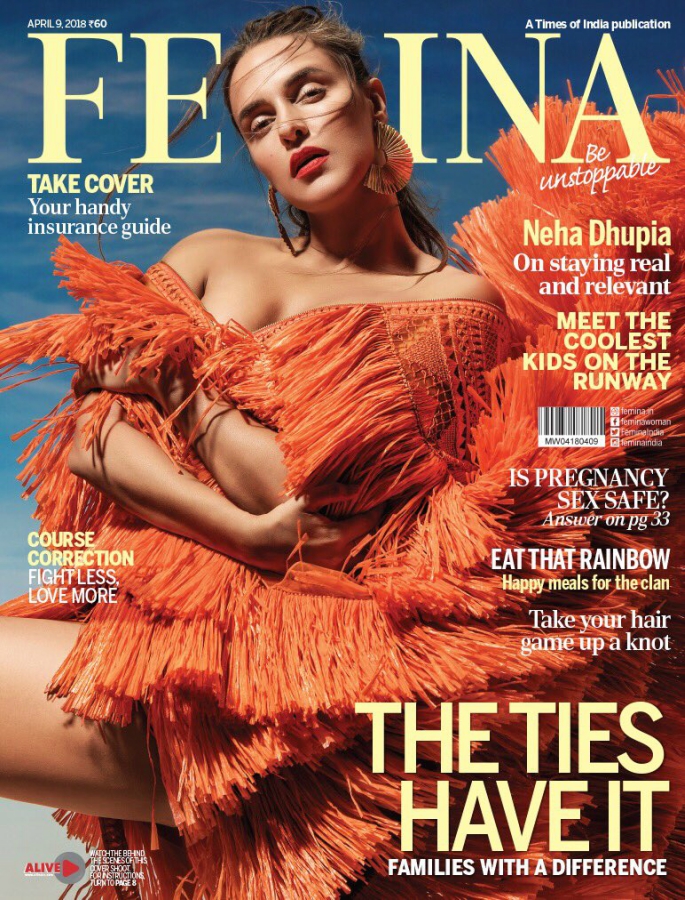 Her make-up has been done by Elton J Fernandez who chooses an overall nude tone but adds colour with a peppy shade of orange lip colour. The oversized earrings with a messy ponytail add a dramatic element with the puffed up dress.

In the cover spread, she is seen donning different outfits in the shades of red. The model-turned-actress slays in every outfit with her natural charm.

The outfits that she sported for this photoshoot, blend with her personal style. Red lipstick is a constant among all the looks featured in the photoshoot. 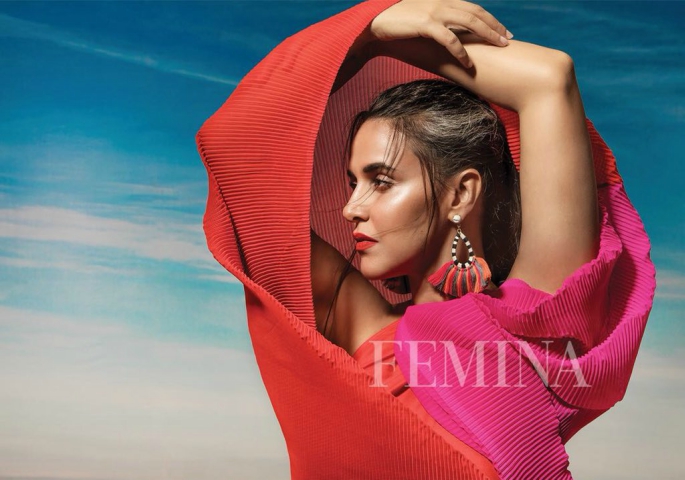 Talking about what style means to her, Neha tells Femina:

“It’s all about comfort. I’m not crazy about any sort of trends and forecasts. I love to wear bright, flowy clothes.”

Dhupia also reveals her style icons in the interview. She is a big fan of ace designer Victoria Beckham’s style and also Hollywood actress Cate Blanchett. 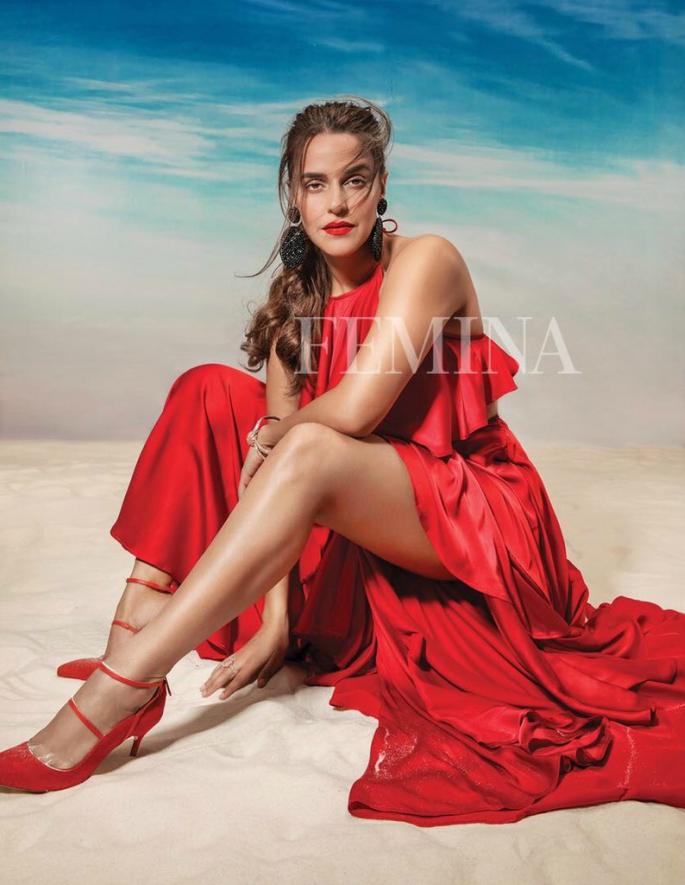 Actress turned TV presenter, Neha has chosen the road less travelled when it comes to her career in films.

She has starred in more offbeat films compared to commercial potboilers, with the likes of Shootout at Lokhandwala (2007) and Moh Maya Money (2015).

After successfully hosting a podcast that revealed some candid confessions by top celebrities, Dhupia is now the host for popular chat show Vogue BFFs. 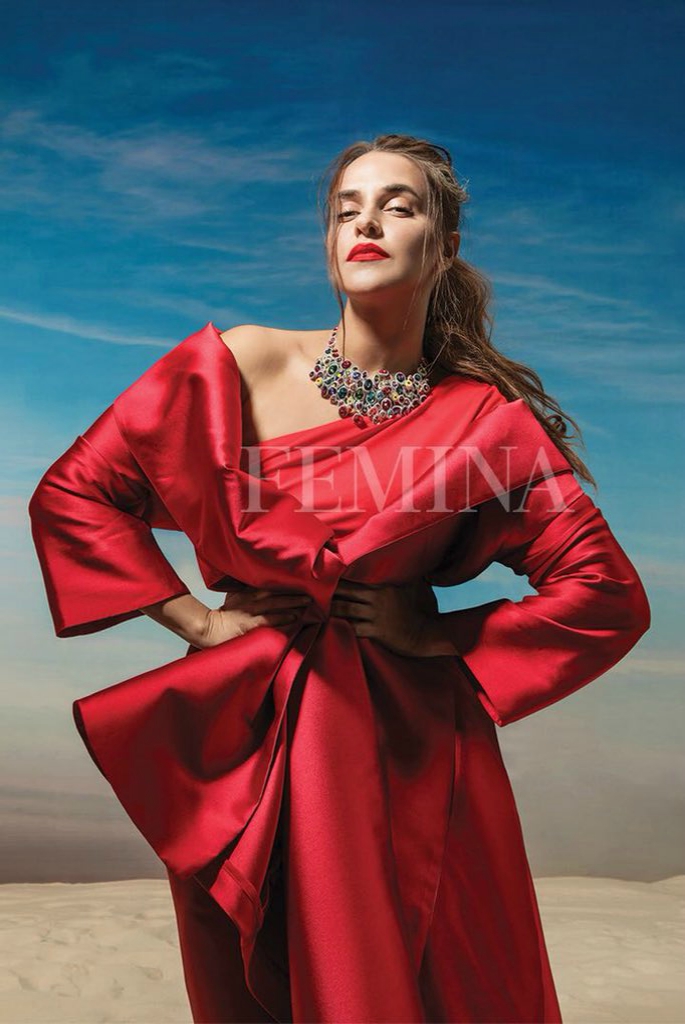 The show is making the headlines thanks to the saucy gossip it provides and also Neha’s popular segment of ‘Say it or Strip it’.

Apart from that, Neha’s also made a mark on television as the judge on the popular youth reality show Roadies.

On the work front, Neha Dhupia was last seen in an extended cameo in Vidya Balan‘s acclaimed film, Tumhari Sulu.

She is now all set to share screen space with Kajol in Eela, a Pradeep Sarkar film.