From flying magic bikes to virtual sandwiches – DESIblitz glances back at the gaming year of 2017, to take a look at the most disappointing games.

On the whole, 2017 marks as a good year for gaming. The last 12 months have seen a diverse range of RPGs, shooters and platformers, in titles such Horizon Zero Dawn and COD: WWII.

Not to mention the incredible achievements in Virtual Reality. The year has truly seen an array of highs. But what about the most disappointing games?

Despite the highlights, 2017 wasn’t short of its flops and disappointments.

Some of these were built up to be great games and just didn’t deliver. On the other hand, some were just plain terrible from the get-go.

Though there may be a few redeeming qualities to the following list, they are still the most disappointing games of 2017.

Vroom in the Night Sky

We’re off to a flying start with our first entry, Vroom in the Night Sky, a game as nonsensical as it appears. Available on Nintendo Switch, its publisher describes it as: “A Magical Bike Action Game.”

You play as ‘Magical Girl Luna’ who flies around on her magic bike collecting ‘stardusts’. It may sound like the premise of an anime. However, the thin, vague plot did not live up to this expectation.

Combined with a lack of any sort of difficulty or interesting things to do, this title left players feeling disappointed, to say the least.

The bad translation from Japanese to English does provide some humorous, nonsensical moments. Though we can’t consider this a credit to the game. 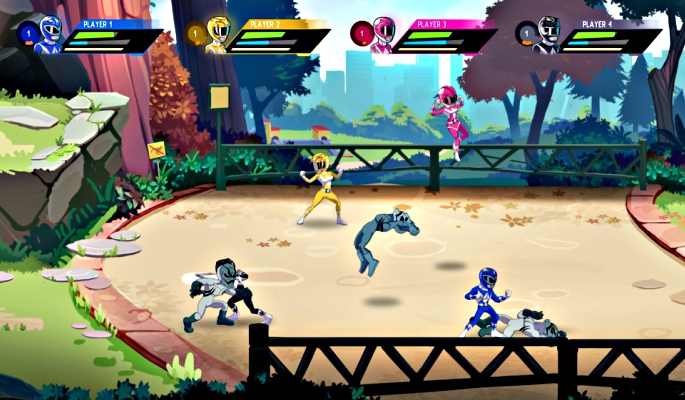 A lack of faith in this year’s Power Rangers film is evident in the terrible execution of this ‘beat-em-up’ game.

The story revolves around a series of mysterious towers, placed all over the area of Angel Grove. The Rangers have to investigate them whilst taking down generic enemies intersected by boss battles.

This had the potential of presenting an interesting mix of gameplay and nostalgia. In reality, it ended up as a lazy copy of a saturated genre.

Apart from the skins and the Megazord scenes, there’s nothing that really distinguishes this as a true Power Rangers game. Even the Megazord boss battle moments feel unsatisfying as they comprise totally of quick-time events.

Lacking a little more faith in the franchise, developers missed the chance to make a really interesting game. 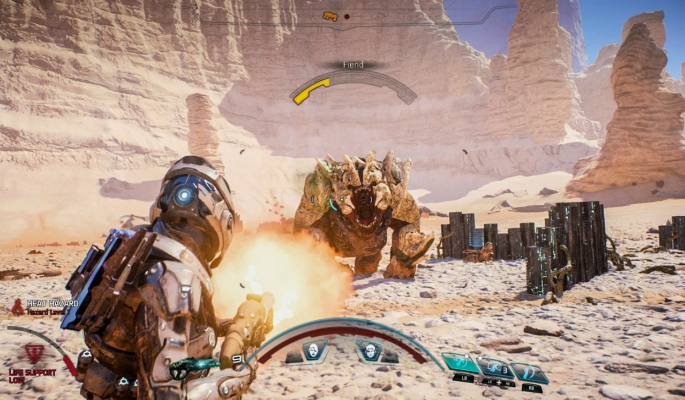 The Mass Effect series is beloved by a huge fanbase, and it’s easy to see why.

It’s the ultimate sci-fi game, allowing players to travel across galaxies, interact with aliens of all shapes and sizes and settle intergalactic disputes. All with a personalised character.

Essentially, it’s the perfect Star Trek game. But after the disappointing ending of Mass Effect 3, along with its bugs and terrible loading times, players were a little annoyed.

The onus was on Mass Effect: Andromeda to regain any lost support. Unfortunately, the bad script and story writing led to another disappointing reception.

Moreover, the emotionless facial animation and lack of exploration diversity further broke the suspension of disbelief. Though this game isn’t as terrible as some on this list, it further tarnishes the once esteemed franchise’s reputation. 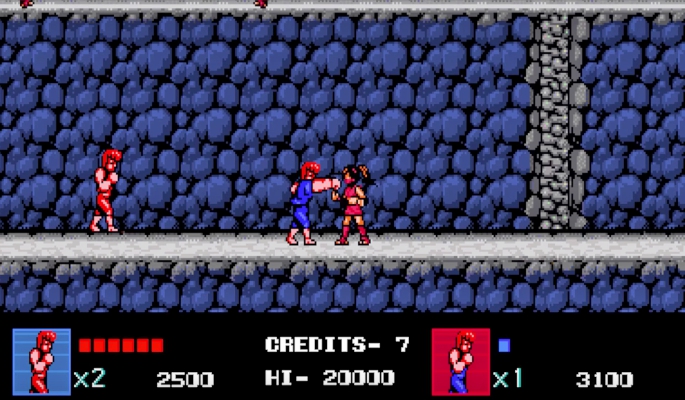 Games that look or play in a retro style usually do quite well, especially with popular franchises. All the developers need to do is to reuse what made the originals successful.

However, one key part of making a retro game successful again is by adding new features applicable to modern audiences. Double Dragon 4 however, is a bit too true to the original.

Instead of using new innovations, it relies far too heavy on mechanics that are dated and by today’s standards – boring.

What’s more confusing is that Double Dragon Neon was released in 2012 which, despite having mixed reviews, worked as a game.

Double Dragon 4 however, only serves as a re-release of an old NES game, and a lazy way of making more money from a treasured franchise.

The Life of the Black Tiger 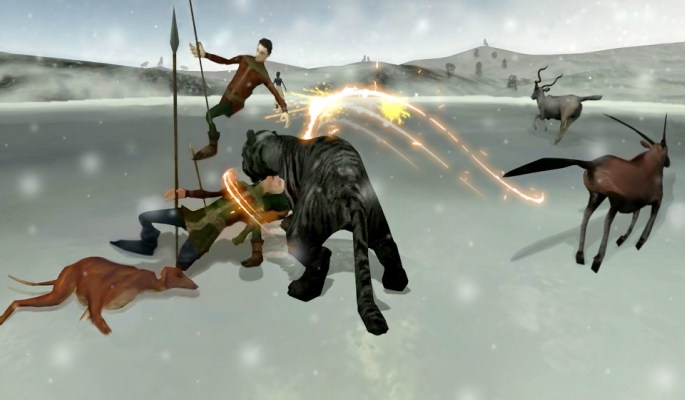 No relation to the Capcom arcade classic Black Tiger. This game follows an actual black tiger on a murderous rampage through a low-resolution wilderness.

As clear from the above image, the graphics are simply terrible. A sad bundle of poor frame rates, hideously simplistic textures, and hilariously crude character models.

Some graphically simple titles are saved through an interesting storyline or unique gameplay mechanics. The Life of the Black Tiger is sadly not one of those games. The story revolves around a black tiger encountering various animals, killing them and then eating them. You can also encounter humans that wield weaponry, which you can then kill and eat.

The most shocking thing about this game is that it is available on the PlayStation 4 despite its quality of a terrible mobile game. And they charged players money for it! 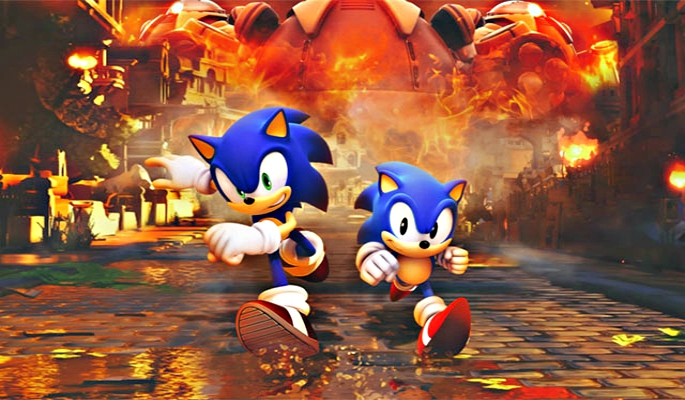 The phrase “If at first you don’t succeed, try, try and try again” must resonate with Sega Games. Their production of Sonic is relentless, and yet quite admirable.

Their most recent success was with Sonic Mania, a game that kept the famous character in his 2D home. A place where many would say he should stay.

However, Sonic Forces shows once again they have been unsuccessful in their endeavours to bring the blue-haired hedgehog to the third dimension.

As a result, the platform aspect of the game is clunky and difficult to control, with a boost mechanic that still doesn’t work. This diminishes the satisfaction of zooming around levels.

The level design doesn’t help much with this either, often being awkward to navigate. And levels are clearly rehashed from old Sonic games. Its most redeeming feature is the soundtrack – and that’s only mediocre. 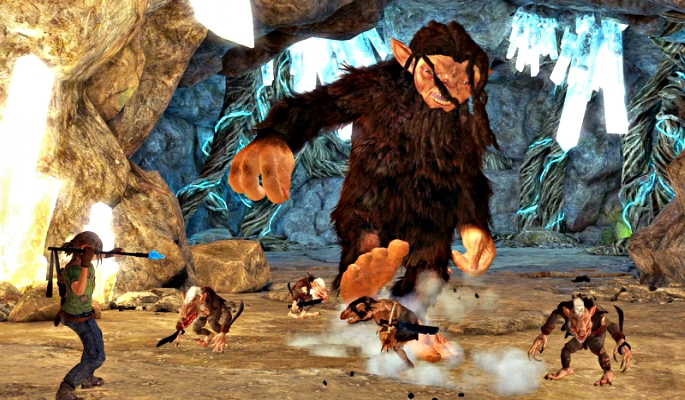 Troll and I tries to capitalise on the friendly monster aesthetic of films and games such as The BFG, The Last Guardian, and A Monster Calls.

It might have even been attempting to steal the limelight from Shadow of the Colossus before its 2018 release. Whatever the intent, it fails miserably.

You play as both Otto, a teenage boy separated from his parents, and the troll, who saves him from hordes of goblins. It’s the classic unexpected friendship narrative but executed unconvincingly.

The graphics, whilst not as bad as The Life of the Black Tiger, are quite terrible. Resembling that of a low-budget PS2 game.

The controls seem intended purely for co-op play, as in solo mode switching between Otto and the troll is a laborious task.

The combat is a slow, tiresome experience due to the delayed or unregistered input. When the characters aren’t freezing mid-fight, their movement speed is terribly slow.

This is especially irritating considering its Uncharted-esque climbing mechanics. But even without considering the awkward feel of the game, it simply isn’t interesting. 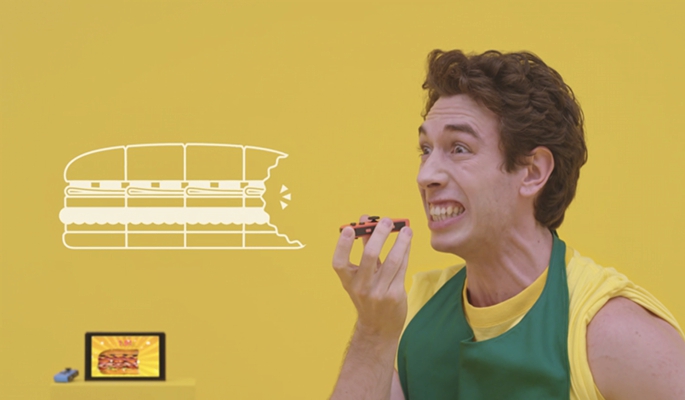 Nintendo hasn’t been able to compete in the graphical department with Xbox or PlayStation. But they have always been one step ahead when it comes to gaming innovation.

However, the Nintendo Switch controllers just seem to lack the potential of the Wii controllers. 1-2-Switch shows a perfect example of this.

The ‘party game’ offers a collection of 28 mini-games, which seems more like a tech demo than a full price game.

They vary from milking virtual cows to eating virtual sandwiches. Granted, it can’t be taken too seriously. Its purpose is to serve family fun – however charging full price for a collection of shallow games without replayability is quite absurd.

Maybe if it came free with the console, or was sold for a cheaper price, it would have avoided this list. 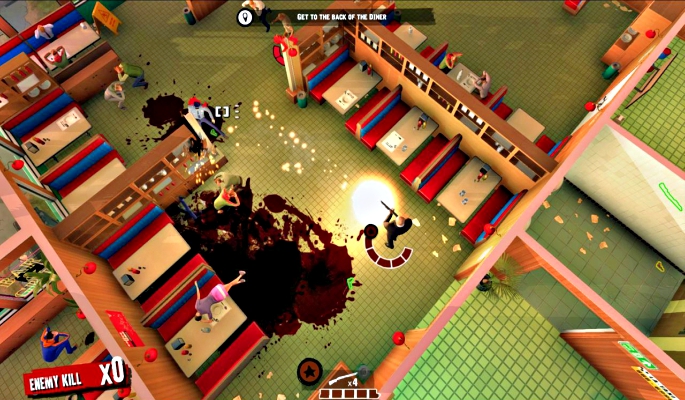 It’s surprising that two games could be made from a film with virtually no action.

The first one, released in 2006, received mixed reviews. Hardcore fans were offended by lack of continuity accuracy it had to the Tarantino classic. However, others appreciated the interesting gameplay mechanics, such as the hostage system.

Reservoir Dogs: Bloody Days also has some unique mechanics. Most notably, the time-rewind system. You first shoot through an area as one character, you then rewind time and play over again as someone else. The first character you play follows the script you set.

It seems like an interesting concept, but as you’d expect from any title on this list, it just doesn’t deliver. The two characters you play with can and will contradict each other’s actions, spoiling the rhythm.

The artwork is very poor, with none of the playable characters looking like their cinematic counterparts. It’s also lacking in any iconic music, a key aspect of the film.

Essentially it is just a top-down shooter with a famous movie title attached to it. With its repetitive nature, as well as the poorly functioning mechanics, it’s not even a good one. 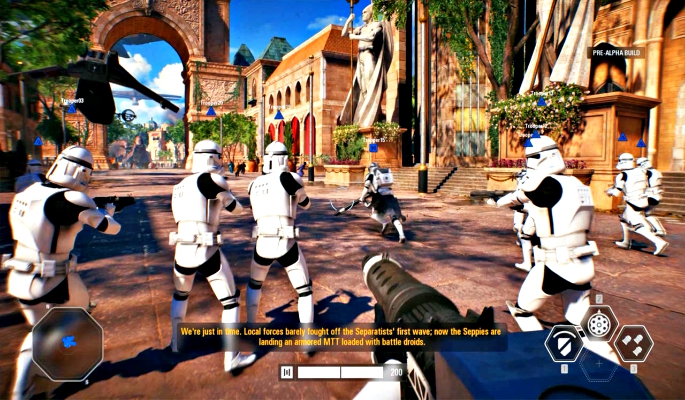 Though Star Wars: Battlefront II is technically quite good and entertaining, its use by big business game companies to exploit consumers is inexcusable.

On its release, players had no choice but to play up to 40 hours of gameplay to unlock key characters. Either that or pay with real-world money. It has since been lowered following public outcry.

Lootboxes were also used as a way of encouraging players to ‘pay-to-win’. By giving these purchasers better items, non-paying players felt alienated and forced to also buy them.

With these microtransactions, EA and DICE have made the most aggressive steps towards an arguably fascist rule over the gaming world – as seen in the novel Ready Player One.

We can only hope that developers learn from the mistakes of this year and avoid them in 2018. But not every game on this list was terrible.

Some had a fairly decent idea but just failed to deliver. Maybe the new year can correct what went wrong and give players the games that were promised.

Other developers need to take a long think about what they’ve done, and come back once they’ve changed their ways. However, a few can disappear for good and probably won’t be missed if they did.