A Mexican couple was so influenced by Indian culture that they tied the knot in a traditional ceremony in Agra.

"With that in mind, we made a plan to visit India"

A Mexican couple got married in a traditional Indian ceremony, having been so influenced by the culture.

Ceramico and Claudia had been in a relationship for 10 years and were living together. During that time, they read about Indian culture.

They especially took an interest in the Taj Mahal and the reason behind its construction.

The couple also took a trip to Varanasi in Uttar Pradesh.

During their holiday, Claudia decided that she wanted to get married in a Hindu ceremony. She spoke to Ceramico and he too wanted an Indian wedding.

Claudia explained: “When we heard the story of the Taj Mahal, we were impressed by the love story of Shah Jahan and Mumtaz and wanted to keep our love immortal and memorable forever.

“With that in mind, we made a plan to visit India, and then we decided that we would complete the wedding rituals according to Hindu customs.”

The couple travelled to India on September 7, 2022, to organise the wedding. They decided to get married in Tajnagri.

Upon arriving in India, Ceramico contacted his friend and hotel owner Gaurav Gupta.

Gaurav was responsible for arranging the wedding. 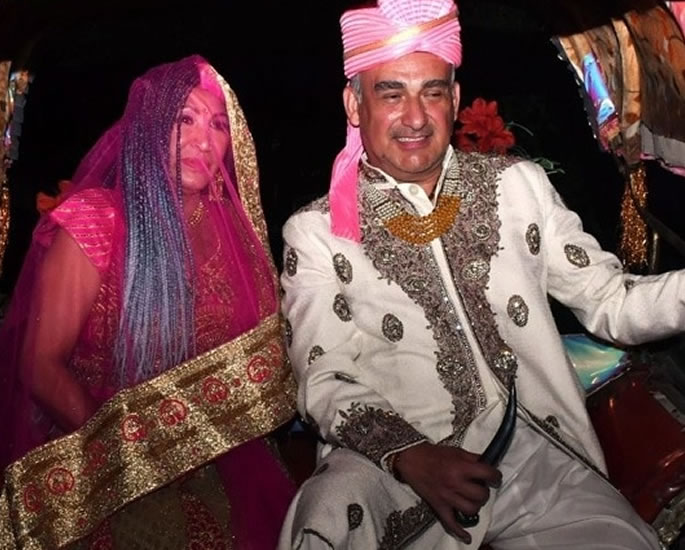 On the day of the wedding, the Mexican couple visited the Taj Mahal.

That afternoon, they got married. The couple wore traditional outfits and took part in all the rituals.

The couple’s guide, driver and locals they had met were invited to the wedding. Twenty guests from Mexico, including their families, also attended the wedding.

In the evening, the couple hosted a wedding dinner before everyone danced until the early hours of the morning.

After the celebrations were over, Ceramico took his bride to the hotel they were staying at.

Previously, an Indian man married a Mexican woman in a lockdown ceremony in Rohtak District Magistrate’s Court on April 13, 2020, at 8 pm.

Later that year, Niranjan travelled to Mexico to meet Dana and the two got into a relationship.

In 2018, Dana and her mother, Miriam Cruz, travelled to Rohtak to finalise her engagement to Niranjan.

While the engagement rituals were completed, they could not get married due to Dana’s citizenship.

They then filed an application in order to seek approval from the District Magistrate.

Prior to lockdown, there were no issues with getting married, however, the current situation meant that weddings were being postponed.

After a video call with the Chief Minister, a lockdown ceremony took place.

Dhiren is a journalism graduate with a passion for gaming, watching films and sports. He also enjoys cooking from time to time. His motto is to “Live life one day at a time.”
Chandigarh University girl held for ‘Leaking’ Explicit Videos
Indian Woman beats Motorcyclist with Slipper