US Indian Travel Blogger killed in Shooting in Mexican Bar

A US Indian travel blogger was killed in a shooting when gunmen opened fire on a rival drug dealer in a bar in Mexico.

It would have been her 26th birthday

A US Indian travel blogger was shot dead when gunmen chasing a drug dealer opened fire as she celebrated her upcoming birthday at a bar in Tulum, Mexico.

However, they became trapped in the middle of a dispute between the assailants and a rival drug dealer.

Anjali was declared dead at the scene by paramedics. Jennifer was rushed to a local hospital but later died.

Three other tourists were wounded in the shooting. They included two German men and a Dutch woman.

Originally from India, Anjali arrived at the popular Mexican resort town on October 18, 2021, ahead of her birthday. It would have been her 26th birthday on October 22.

Just hours before her tragic death, she shared a video of her walking near a platform at the Cielo Maya hotel.

Anjali worked as a senior site reliability engineer for LinkedIn.

She previously worked for Yahoo, where she spent five years working as a site reliability engineer and service engineer.

The German government warned travellers in Tulum and Playa del Carmen not to leave their hotels and to only use taxi companies based out of the airport or any which were recommended by the hotels while travelling to and from and airport.

The travel warning said that “rental cars have also been robbed there lately and sometimes with the use of gun violence”. 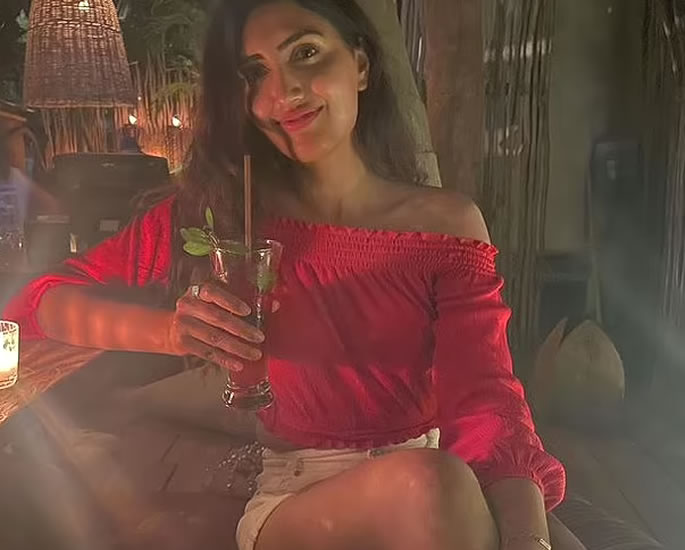 Prior to visiting Tulum, the travel blogger had visited Glacier National Park in Montana, where she went hiking on the Grinnell Glacier Trail.

Anjali told her Instagram followers that the eight-hour experience is something to consider.

She had written: “It is a difficult one as it has a lot of elevation gain, but is so beautiful that you won’t mind the difficulty.

“If you visit Glacier National Park, do not miss this hike!

“The views throughout the hike are astounding, so I would highly recommend it even if you don’t plan doing the entire hike.”

On October 22, 2021, Germany’s Ministry of Foreign Affairs issued a travel warning to its citizens who are contemplating visiting the Riviera Maya as well as Tulum and Playa del Carmen.

The notice stated: “Incidents and attacks, some of which were dramatic, have occurred in recent weeks, which have also affected German travellers, including one fatality.

“These incidents took place in restaurants, clubs and discos frequented by tourists.”

“I strongly condemn the tragic events that occurred last night in Tulum in which two people lost their lives and three others were injured.”

Since transitioning from a quiet beach retreat to a major international destination, Tulum has seen a spate of violence.

Dhiren is a journalism graduate with a passion for gaming, watching films and sports. He also enjoys cooking from time to time. His motto is to “Live life one day at a time.”
Man jailed for Stabbing Teenager at Metro Station
Teaching Assistant jailed for Having Sex with 14-year-old Pupil