In a first for Telangana, a same-sex couple tied the knot in a lavish ceremony in front of family and close friends.

A same-sex couple got married in a lavish ceremony on the outskirts of Hyderabad, Telangana, on December 18, 2021.

Abhay Dange and Supriyo Chakraborty wore white tuxedos and exchanged rings during a “promising ceremony” in front of around 60 relatives and close friends.

They tied the knot after being together for eight years.

Supriyo said: “For the wedding, we walked down the aisle and exchanged vows and rings.

“Our union was celebrated amid wedding bells that were distributed among all our guests. 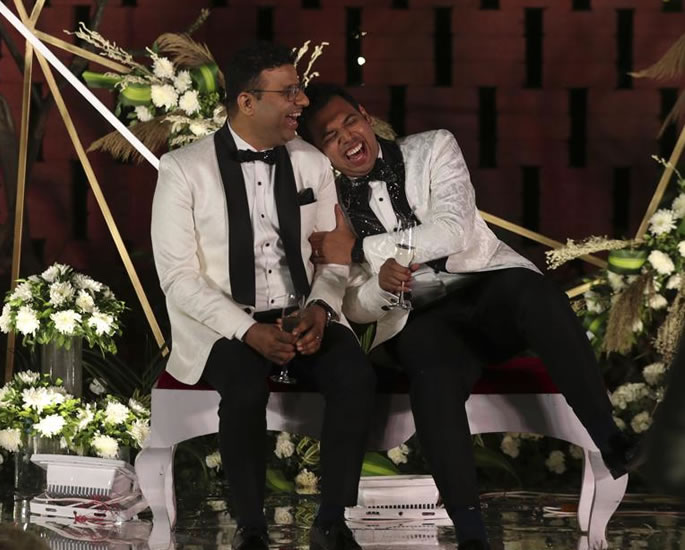 The wedding was officiated by Sophia David, a friend and a member of the LGBTQ community in Hyderabad.

Gay sex had been punishable by up to 10 years in prison.

Decriminalising a colonial law was seen as a landmark victory for gay rights, with one judge saying it would “pave the way for a better future”.

However, the recognition of same-sex marriages has been opposed.

Petitions seeking legal recognition have been met with resistance by the government.

Despite this, homosexuality has become more accepted in India.

The country now has openly gay celebrities and some high-profile Bollywood films have dealt with homosexual themes.

But no same-sex marriages meant that the couple were not able to legally register their marriage. Despite this, they wanted to find a way to celebrate and officially mark their relationship.

They wanted their wedding to normalise same-sex relationships in India.

The couple said: “We hope to live in a world with no closets.” 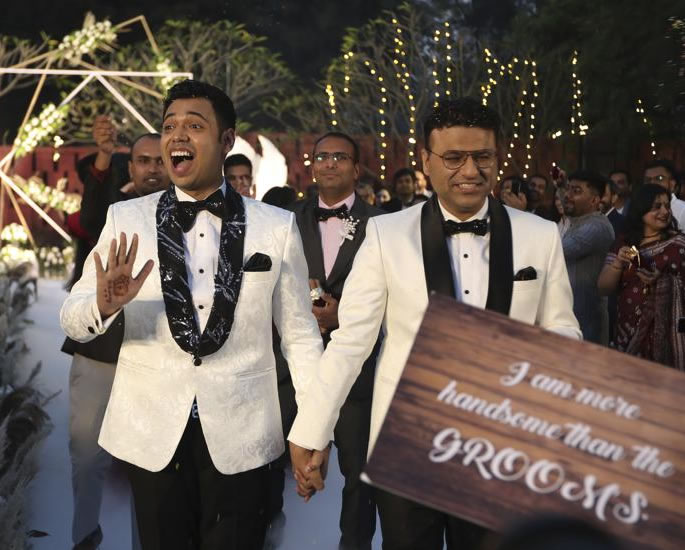 “Our parents weren’t initially the most supportive. However, they also didn’t disapprove of it either.”

“They decided to give us and themselves a good amount of time to introspect and come to a better conclusion. Now, we have their acceptance.” 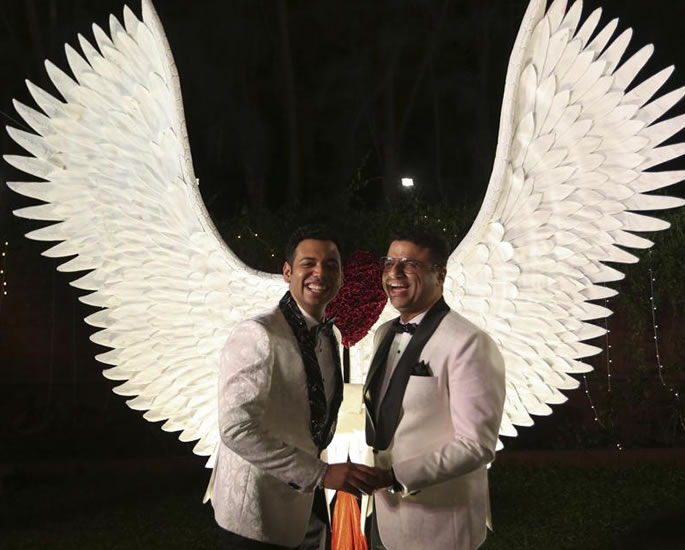 Even though there were no marital rituals, the couple incorporated Bengali and Punjabi traditions.

“We wanted to break that stereotype by holding the same for all the men at the venue.

“During the Haldi, we wore the Bengali topor (a headgear). Subsequently, a sangeet function was held wherein Kathak performances were displayed.”

Even though Indian law does not recognise their relationship as a married couple, they call themselves “soul-mates”.

Supriyo added: “Ever since we declared our union, we have received mixed reactions from people.

“At large, people have been very supportive of our relationship and this ceremony was just a celebration of the same.”