An Indian and Pakistani same sex couple took part in a photoshoot in New York City and their pictures have now gone viral.

"I'm usually the kurta to her lehenga"

A same sex couple from New York City participated in a photoshoot and the pictures have gone viral, melting people’s hearts.

The two women, Sundas Malik, an artist originally from Pakistan and Indian-origin Anjali Chakra released pictures from a photoshoot on social media.

Their photographer Sarowar Ahmed posted the photos along with the caption: “A New York Love Story.”

The images quickly went viral and have had over 48,000 likes.

In the pictures, the couple can be seen sharing a transparent umbrella while standing in the rain.

Their genuine happiness together is showcased as they are looking at each other lovingly and adorably kissing each other. 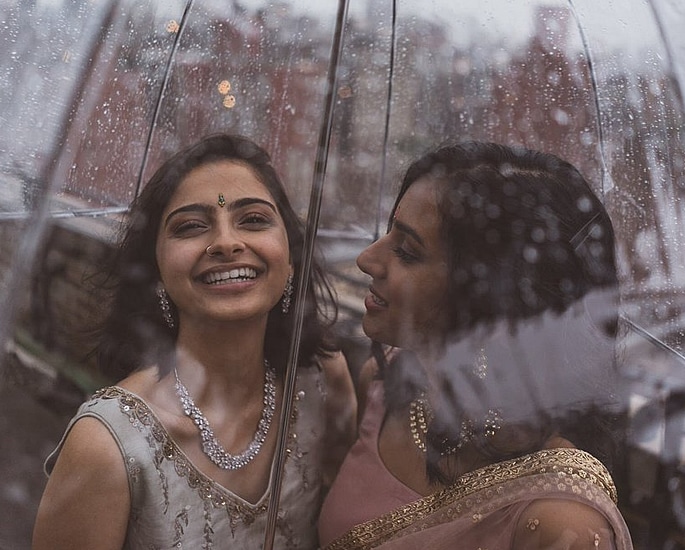 All of which takes place with the scenic New York City acting as the backdrop.

Sundas even shared some of the pictures with her girlfriend from the shoot on her Instagram.

She wrote: “I’m usually the kurta to her lehenga, so coming up with family-ready femme wedding outfits was more than a little stressful for me.”

“We went to two weddings in two cities in three days & a summer storm wasn’t about to be the thing that stopped us.” 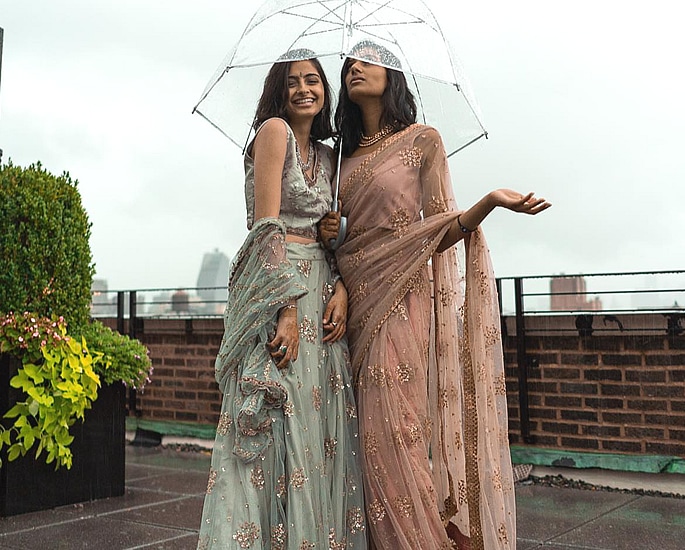 The beautiful pictures attracted a lot of attention and social media users cannot stop showering their love towards the stunning couple.

One user posted: “Feeling the love and that’s totally making my heart full.”

Another commented: “This is so beautiful.”

“My heart- it’s going to combust omg this is sooooo cute congratulations.”

The same sex couple chose traditional outfits for the shoot, fully embracing their culture. Their attires were complete with bindis, nose rings and appealing jewellery. 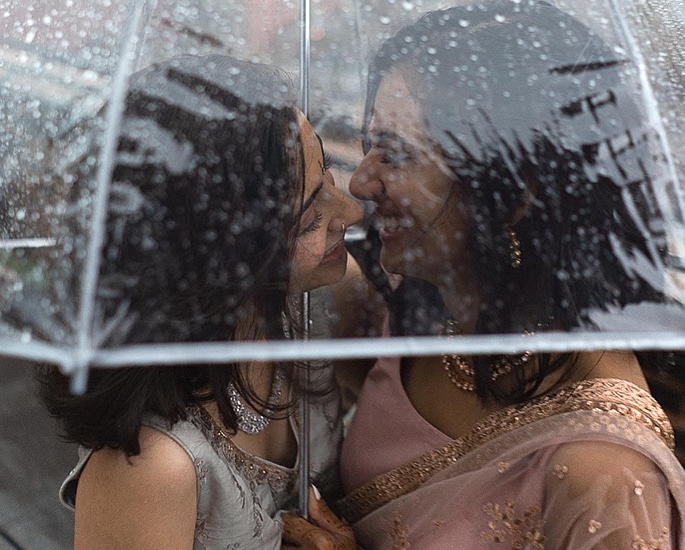 Sundas wore a mint green lehenga while Anjali opted for a subtle pink saree. Both looked incredible among the overcast setting.

The couple celebrated one year of being together on July 31, 2019, and Anjali shared a post which read:

“When we first started dating I used to let go of Sufi’s hand a few blocks before my office when she walked me to work because I was scared people would find out I was queer.

“Fast forward a year and we spent our anniversary at my cousin’s wedding, where she met 50 members of my extended family who loved her!

“Here’s to many more years of growing in our love, together.”

Dhiren is a journalism graduate with a passion for gaming, watching films and sports. He also enjoys cooking from time to time. His motto is to “Live life one day at a time.”
Man jailed for ‘Toys R Us’ Deal to Obtain a Modified Gun
Indian Youth celebrates Birthday by Shooting his Cake