It has been reported that Malaika Arora will replace Shilpa Shetty as a judge on the reality competition ‘Super Dancer’.

"Shilpa won't be able to judge the show"

The producer of the show has revealed that Malaika will be appearing in the show as a judge instead of Shilpa Shetty.

Super Dancer is a popular reality TV show featuring talented kids from all over India.

The show airs on Sony TV and is now in its fourth season.

Shilpa Shetty, Anurag Basu and Geeta Kapoor have been the judges of the show for the last three seasons.

However, Shilpa and Anurag had taken a break from the show due to some personal commitments.

Although Anurag has returned back, Shilpa will still be away for some time.

The circumstances occurred due to a strict lockdown in Maharashtra because of the pandemic.

Since Mumbai falls under Maharashtra, many projects have relocated their shooting locations.

Therefore, the shooting of Super Dancer 4 has also been relocated from Maharashtra to Daman.

Since Shilpa Shetty had some prior commitments within the city, she was unable to go out of the state for the shoot.

Therefore Ranjeet Thakur, the producer of the show, has decided to replace Shilpa Shetty with Malaika Arora. 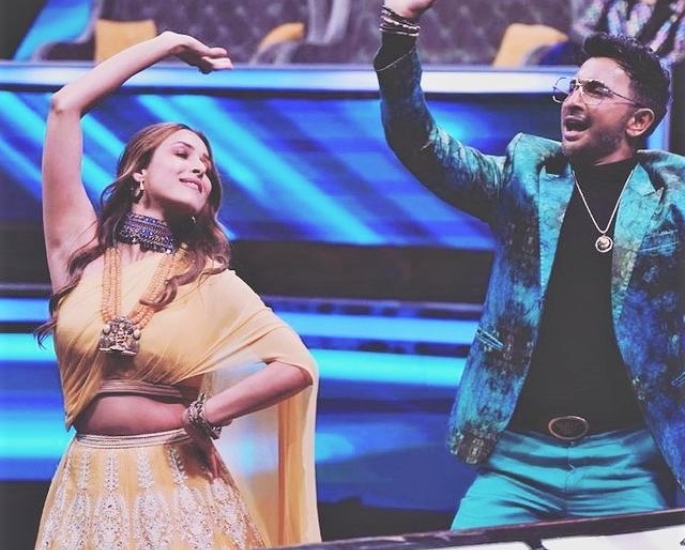 “Shilpa won’t be able to judge the show for a few episodes, so we have brought Malaika Arora in her place.

“Terence Lewis too will join them in the upcoming episode.”

Ranjeet Thakur also talked about the Covid-19 safety precautions during the shooting in Daman. He said:

“The entire team is here and everyone is getting checked regularly.

“We are also taking all the precautions. Even when the judges travel from Mumbai to Daman, they have to get their tests done before they start shooting.

“These are tough times and we are working with fewer people.”

Terence Lewis shared his experience of shooting for the show. He said:

“It was interesting to get back on the sets and judge the show.

“In the current pandemic situation, the kids are doing fantastic and kudos to the entire team for working in such conditions.”

The lockdown in Maharashtra is set to continue until May 14, 2021.

While many projects have come to a halt until the devastating Covid-19 situation in India is under control, others have decided to relocate the shooting locations and go on with professional obligations.

Shamamah is a journalism and political psychology graduate with a passion to play her part to make the world a peaceful place. She loves reading, cooking, and culture. She believes in: “freedom of expression with mutual respect.”
Aditya Chopra looks to Vaccinate entire Bollywood Industry
Raj Kapoor & Dilip Kumar Homes in Pakistan to be Restored