Shilpa Shetty is one of the well known stars of Bollywood. Her hourglass figure and her promotional activities outside of India have earned her a brand of her own.

Shilpa Shetty is the latest star to be featured on our exclusive SpotLight feature of DESIblitz, does she live up to your expectations? Find out now as we put her on the spot.

Shilpa Shetty was born on June 8th, 1975 in South India and has become a leading Bollywood star, an internationally acclaimed figure and an top class model.

Modelling has run in Shilpa’s family for years. Her mother Sunanda was a ex-model who did Bournvita and Forhans toothpaste adverts and her father Surendra was once a model for Yera Glasses, he now runs his own Pharmaceutical products company.

Shilpa graduated from Podar College in Mumbai and she was a leader in sports during school where she also became the captain of the Baseball team, and holds a black belt in martial arts so watch out guys!

In 1991, Shilpa found her first modelling role with Limca after numerous amounts of rejections and let downs.

Following this she began to break further into the modelling industry by working for the likes of Praful Sarees and Romanov Vodka, where subsequently she was appointed as the brand ambassador of Romanov Vodka in 2006.

In 1993, Shilpa featured in a film called “Baazigar” which also had the likes of Shahrukh Khan and Kajol featuring in it and gained a nomination for the Filmfare Best Supporting Actress Award. 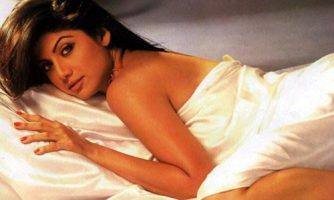 In 1994, we saw Shilpa going from strength to strength and featuring in “Mai Khiladi Tu Anari” which also starred Akshay Kumar and confirmed to the bollywood world that she was had real talent to offer.

Shilpa Shetty in 1998 was signed for the movie “Pardesi Babu” and it was just what she needed as it earned her the Best Supporting Actress from the Bollywood Movie Award.

The next big movie “Phir Milenge” in 2004 was one in which Shilpa worked alongside Abhishek Bachchan and Salman Khan. This was also her greatest Bollywood hit. Her performances in this movie were so touching and emotionally powerful that she had nominations for Best actress from Zee Cine, Filmfare and Star Screen’s Awards.

Shilpa has not always been in the headlines for the right reasons. In May 2003 she and her family were in the media for having close links to the underworld dons of India.

Allegations were made by various media reporters that Shilpa Shetty’s father threatened Pankaj Agarwal, the owner of Praful Sarees by calling in his underworld contacts, demanding money which went into crores of rupees to be paid for modelling work that Shilpa had done dating back to 1998.

Again in 2005 and Jan 2006, Shilpa was in the headlines for the wrong reasons, when Indecent photo’s of Shilpa and Reema Sen were published in a well known Tamil Newspaper.

More controversy surrounded her on April 26th 2007 when Richard Gere kissed Shilpa at an AIDS-awareness programme held in India. Fundamentalists were so outraged by Richard’s kiss that they rioted in the streets and burnt images of the couple.

One of the most memorable recent highlights of Shilpa’s career was when she took part in the UK Celebrity Big Brother contest which she won and was awarded Rs.3.15 crores as prize money.

The show did also have a nasty side as some of the contestants (Jo O’Meara, Danielle Lloyd , and Jade Goody) called Shilpa names such as “The Dog” and made remarks about her eating habits which are highlighted in the UK press as of a racist nature.

More recently, Shilpa has been touring Europe with her musical Miss Bollywood in which she plays the role of a classically trained dancer and choreographer.

It has been rumored that Shilpa is to be offered the role as the new Bond girl as well as several other Hollywood roles.

Whatever her choice we at Desiblitz wish Shilpa Shetty every success in her career and hope that one day, this sex bomb can do what she did for Bollywood for Hollywood.

Shilpa is the older sister to actress Shamita Shetty, and she hopes to work with Jackie Chan sometime in the future, Shilpa is a HIV, AIDS, and PETA activist, she enjoys cooking.

Check out the gallery of pictures of Shilpa Shetty.

As part of the senior DESIblitz team, Indi is responsible for management and advertising. He especially loves producing stories with special video and photography features. His life motto is 'no pain, no gain...'
Speilberg secures a 3D trend in Films
Amitabh Bachchan