Bollywood actress Shilpa Shetty and her husband Raj Kundra have been accused of fraud. The allegations relate to a gold scheme but have been refuted.

he found that the Satyug Gold office in Bandra was shut.

Shilpa Shetty and her husband Raj Kundra have been accused of running a scam, however, the claims have been refuted by Mr Kundra.

Sachin Joshi, a non-residential Indian (NRI) approached officers at Khar Police Station, claiming that he was scammed by the gold company.

He told officers that he was lured and conned by a gold scheme in 2014.

Mr Joshi filed a case of cheating, fraud and other charges against the Bollywood actress and her husband as well as other company officials like Ganpati Chaudhary and Mohammed Saifi.

The scheme was a five-year plan and the money made would be redeemable from March 25, 2019.

As part of the investment scheme, Mr Joshi received a ‘Satyug Gold Card’ at a discounted rate and promised a certain fixed quantity of gold redeemable.

Mrs Shetty and Mr Kundra were the directors of the company at the time.

According to Mr Joshi, Mr Kundra told him that investors who bought a certain amount of gold and paid the full amount would receive a ‘Satyug Gold Card’.

It would be redeemable in stages at attractive discounts.

Based on the current rates, the original investment would have made around Rs. 44 Lakhs (£45,700) or even more.

However, when Mr Joshi tried to redeem his assets, he found that the Satyug Gold office in Bandra was shut. There was also no sign of employees or representatives.

He later found out that the office had been closed for a while but when he looked at the company website, he saw that there was a new office in Andheri West.

Mr Joshi visited the new office but was told that it did not belong to Satyug Gold.

Further online searches revealed more office addresses only to discover that they were not actually owned by the gold-trading company.

Mr Joshi stated that he did not receive help from receptionists and customer service numbers were met with no response.

In November 2019, Mr Joshi’s legal representative coincidentally met one of the company officials.

When questioned, the official said that it would be difficult to redeem his investment as the company was processing multiple claims. Mr Joshi was told to try again in December 2019.

A search on the Ministry of Corporate Affairs (MCA) website revealed that Shilpa Shetty resigned from her role as company director in May 2016 while Raj Kundra stepped down in November 2017.

“It became clear from all these facts that SGPL was a fraudulent entity being used to run the fake ‘Satyug Gold Scheme’ using the name of celebs like Shilpa Shetty.

Gold industry experts have suggested that there may be more victims and only a thorough police investigation would reveal the extent of the alleged fraud.

A police officer said that “the complaint is currently under investigation” but declined to comment further.

It was reported that an FIR has not been registered but the matter is being investigated.

Following the allegations, Raj Kundra has released a statement, denying the accusations against him and Shilpa Shetty. 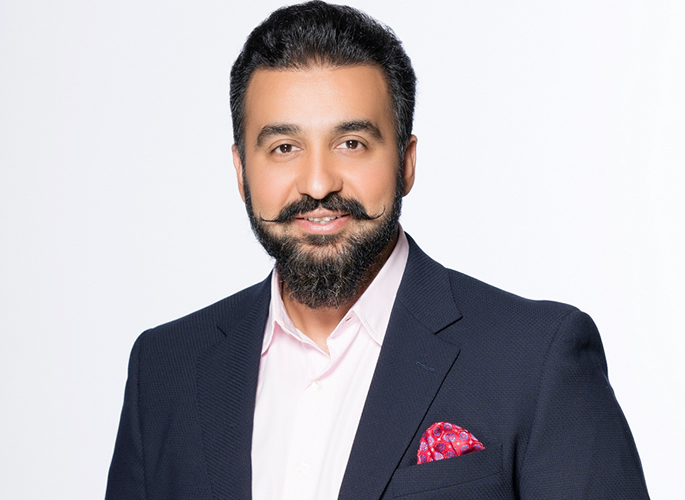 In his statement, he said:

“It is to state that the claims made by the so-called NRI or Gutka Baron’s son (as the media terms him) namely Mr Sachin Joshi is totally false and frivolous.

“I would like to clarify the news doing the rounds and blatantly picked up by other news agencies without verifying the facts with other parties involved.

“This act of Mr Sachin Joshi is yet another attempt to malign and tarnish my image and reputation in the country. He has made several attempts before earlier so this is nothing new.

“I would like to put on record that one company Satyug Gold Pvt. Ltd in which I was an investor and director had launched a gold plan to provide gold to customers.

“The details of the scheme are not elaborated for the brevity of the matter. Every single order received from 100’s of customers since their inception has been fulfilled without a single complaint.

“However, Mr Sachin feels that the best way to get his gold is by filing a police complaint and media statements rather than collecting his gold from our offices or contacting us.

“As stated in the letter sent to police and at Mr Sachin’s residential address we state again that Mr Sachin Joshi’s gold is kept secured and he can collect his gold after complying with the terms and conditions and paying the balance due of Rs.17,35,000/- for which everything is mentioned in the T&C on the website.

“This matter is nothing more than revenge because of a cheque bouncing case against Mr Joshi.”

“In the past, he bounced cheques amounting to Rs. 40 lakhs against his purchase of a team in one of my sporting events.

“With regard to the unavailability and change of the office, I would like to clarify that our current address has been mentioned on our website.

“There has not been one instance where any of our customers faced difficulty reaching out to us other than Mr Joshi or his claims.”

Dhiren is a journalism graduate with a passion for gaming, watching films and sports. He also enjoys cooking from time to time. His motto is to “Live life one day at a time.”
Indian Husband beats Wife & Lover after Stripping Them
Kamani Family: From Market Stalls to £3.9b Fashion Dynasty