Is Taapsee Pannu’s ‘Blurr’ worth the Hype?

By now, most of us have heard of ‘Blurr.’ With all the hype surrounding the film, it has been hard not to – but does it live up to it?

Not all are written well enough.

Taapsee Pannu’s inaugural project as a producer, Blurr, was released on ZEE5 on December 9, 2022.

Starring the Bollywood actress in a dual role, Blurr is set in Uttarakhand.

Directed by Ajay Bahl, the film focuses on the story of a woman who is losing her eyesight gradually while trying to find out the identity of her twin sister’s killer.

Thrillers seem to have carved their niche in the Hindi film industry lately, and Taapsee’s return to the genre is not something that necessarily deserves the most praise.

As a producer, Taapsee showed courage in backing a project such as Blurr, which has its niche audience and isn’t synonymous with a traditional family watch.

And as an actress portraying twins, she blended multiple emotions and balanced them off well.

Blurr is not short of moments where Taapsee as an actress sometimes veers off the track.

Patchy and imperfect, the film does not match up to her previous appearances in blockbusters such as Loop Lapeta and Dobaara.

Kruttika Desai is another star in Blurr who tries to deliver but her half-baked character doesn’t leave the most lasting impact on audiences.

With many thrillers, we expect a multitude of twists and turns, enough to keep us guessing but not an explosion of loose ends – Blurr is unfortunately a by-product of this.

The film incites questions and queries that are not fully explored.

For instance, though we are told about the equation the twins shared, it is never clear what conspired between the two to have reached this fate.

And while many characters are introduced throughout the story with much promise, not all are written well enough to live up to their potential.

After receiving a mixed response from critics, the film was released on ZEE5.

Reviewing it, a user on Twitter wrote: “Watched in two parts but I enjoyed it a lot!!

“More than a horror thriller it looked like a psycho-thriller but fully intriguing & enjoyable in this sad weather!!”

Another review added: “Watched #BlurrOnZEE5, it is a lil stretchy, poor balance but way too thrilling than expected.

“@taapsee as usual shone! For a true test of your patience and nerve, you must watch this crime drama.”

Someone also shared: “Just watched Blurr @taapsee you did great acting but length hurts actually 120 minutes is enough to test your patience.”

One user Tweeted: “Blurr is a whole package of thriller, suspense and a bit of spooky.

Blurr manages to address mental health issues, societal pressure and the fear of rejection that often push a person to extreme acts – albeit subtly.

Those underlined messages are relevant and are well-placed in the script.

Overall, Blurr is a film that everyone should watch but not for the reasons many may initially think.

The film is a reminder of how far Bollywood has to go in terms of perfecting the physiological thriller genre.

And as for Taapsee Pannu as a producer, it will be interesting to see which cinematic projects she decides to back going forwards.

Interestingly, Blurr is the official Hindi remake of the 2010 Spanish film Julia’s Eyes.

Besides Taapsee, the film also has Gulshan Devaiah and Abhilash Thapliyal in crucial roles.

The psychological thriller is Taapsee Pannu’s first production under her banner, Outsiders Films.

Watch the Trailer for ‘Blurr’ 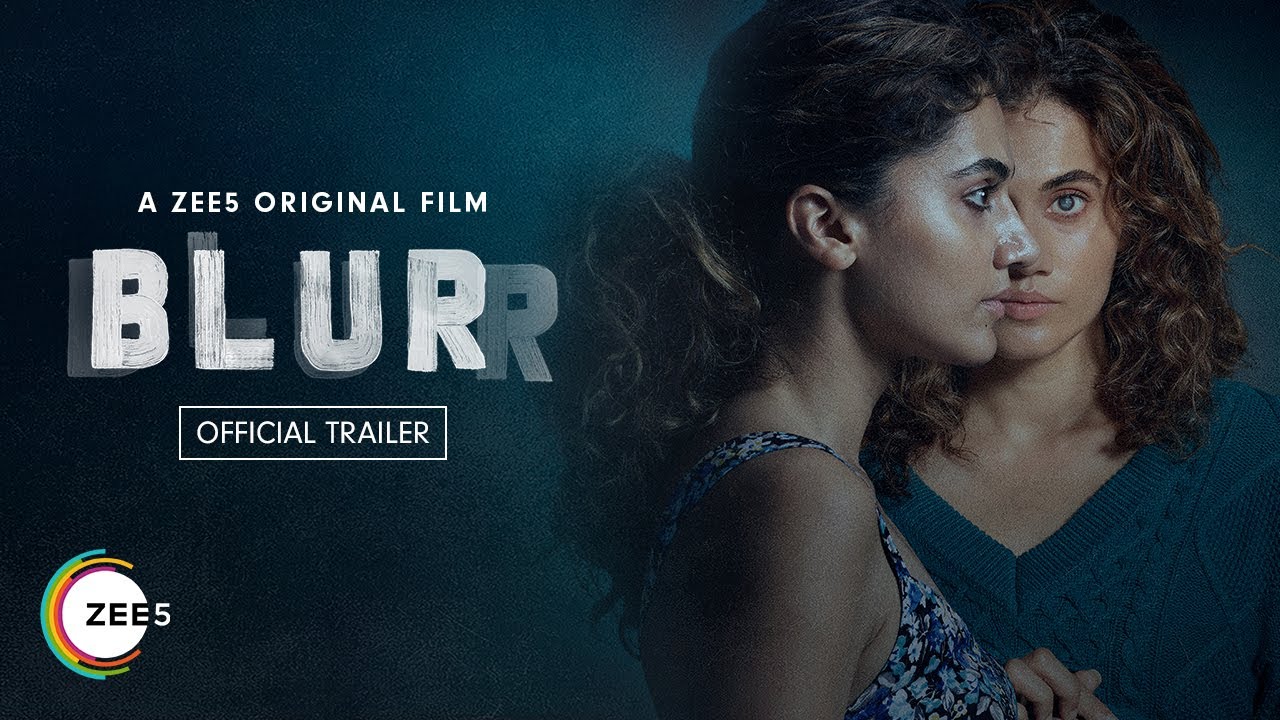 Ravinder is a Journalism BA graduate. She has a strong passion for all things fashion, beauty, and lifestyle. She also likes to watch films, read books and travel.
Katrina & Vicky can’t keep their Hands off each other at Awards Night
Besharam Rang Criticised for being ‘Tacky’ and ‘Pathetic’