Besharam Rang Criticised for being ‘Tacky’ and ‘Pathetic’

‘Besharam Rang’ is the first single from Shah Rukh Khan and Deepika Padukone’s new film, but has been blasted as “sheer garbage”.

Twitter users criticised Shah Rukh Khan and Deepika Padukone for their “tacky” and “pathetic” dancing in the music video for the song ‘Besharam Rang’.

The track is from the upcoming Bollywood film Pathaan.

While it attracted viewers for the “infectious” connection between the two stars, many fans were offended by the vulgarity and “subtle-porn” nature of the music video.

With the history and fame that Padukone and Khan have in Bollywood, a fan was shocked by the song, saying it’s “sheer garbage”, “tacky” and how “low Bollywood is sinking.”

“Deepika has done over 30 movies. SRK is the so-called superstar with a 3-decade-long career in Bollywood.

“If they still need to do this to sell their movie, it speaks a lot about the state of Bollywood and the sheer garbage they produce. Pathetic.”

Another supporter expressed their preference for Khan to work on “meaningful stories” as opposed to “selling a rip-off from Hollywood.”

“All I see is Deepika helping out her ageing friend sell a film that’s a ripoff from several Hollywood thrillers.

“It’s sad seeing SRK keep making repetitive garbage when he has the money and power to create more meaningful stories.”

Other viewers tweeted to comment that they believed the budget of the music video was wasteful:

“How much did they pay Deepika? A billion dollars for this clownery?

“The song, steps, expressions everything is so off.

“This doesn’t suit SRK. This isn’t the kind of stuff that gave him the name he’s got today.”

The consensus amongst fans who didn’t appreciate the new song release found the music video “uncomfortable” and “underwhelming.” 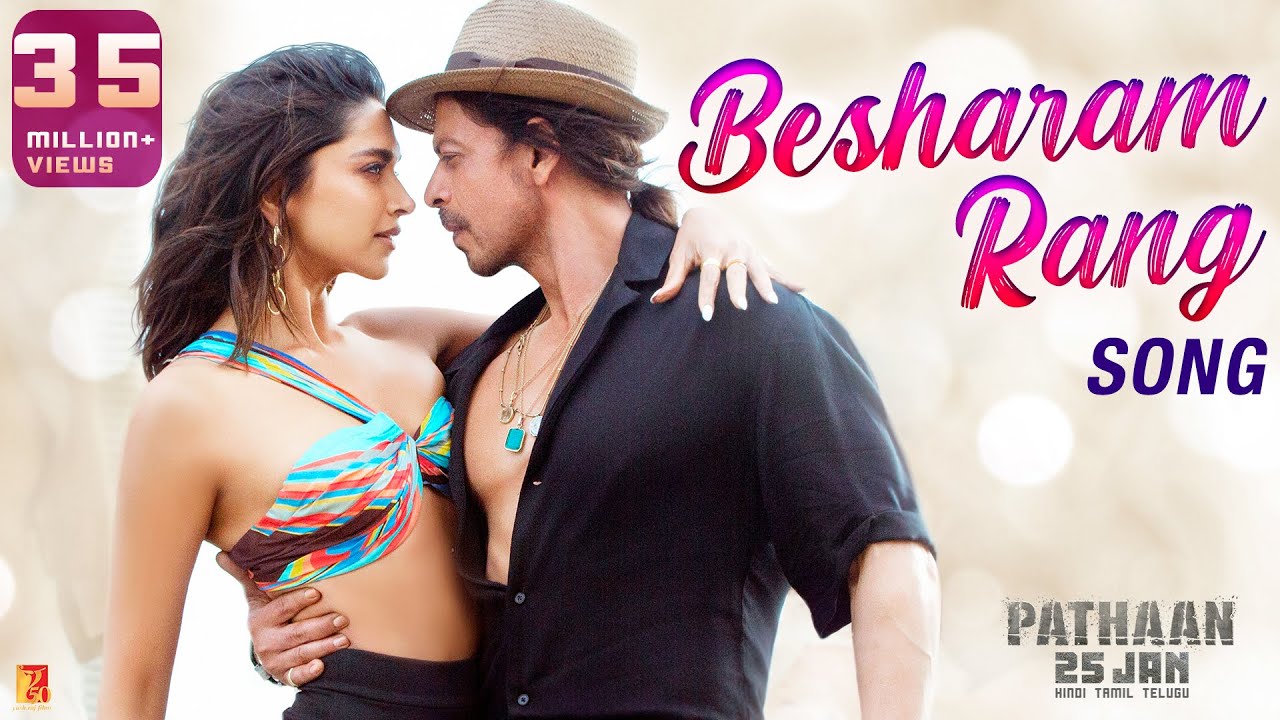 Given the graphics and execution, one fan even went as far as to label it an “ad shoot for a bikini company.”

One tweet referred to the pair as contributing to global warming:

“Both SRK and Deepika need to be immediately arrested for rising global temperatures and melting glaciers with their sexy avatars in #BesharamRang.”

Putting aside how Deepika and Shah Rukh dressed, a significant amount of comments were impressed with the song itself.

One tweet shared their positive reaction to the song:

“Ok we talked about Deepika and SRK but the song… they put crack on it cause it’s so good.

“The more you listen to it, the better it gets #BesharamRang.”

“People are going crazy over Deepika and SRK in Besharam Rang, and here I am swooning over @shilparao11’s serenading voice and Vishal-Shekhar’s foot-tapping music #Pathaan”

After their film project, Happy New Year in 2014, Shah Rukh Khan and Deepika Padukone’s reunion for Pathaan has thrilled fans.

As a result, when the film’s first song, ‘Besharam Rang’, dropped on December 12, 2022, it quickly became popular.

Siddharth Anand is the director of the movie Pathaan, which also stars John Abraham in a key role.

The action-thriller, which is supported by the famous Yash Raj Films, will debut in theatres on January 25, 2023.

Is Taapsee Pannu’s ‘Blurr’ worth the Hype?
Why did Shehnaaz Gill run away from Home?