Indian Wife beaten by In-Laws for Not doing ‘Wrong Things’

An Indian wife has been subjected to an ordeal of beatings and told to do ‘wrong things’ by her husband and in-laws from which she escaped.

“They wanted me to do ‘wrong things’ and I was not prepared to do them."

A tragic case in Punjab, India, of forced inappropriate behaviour due to dowry demands by in-laws led to an Indian wife escaping her in-laws with her young daughter.

The wife, named Rani Kaur, says that her in-laws were making her do ‘wrong things’ because her family did not meet the demands of an ongoing dowry and she was getting beaten on a regular basis.

Therefore, she plotted an escape with her little daughter and managed to leave the abusive marital home.

However, Rani was subsequently tracked by her husband and mother-in-law at her mother’s house and they abducted her young daughter.

Rani and her family gave immediate chase with exchanges of swearing, after which, they all ended up at the local police station.

Where, due to the accusations made by the mother-in-law and husband that the Rani had fled her marital home, the wife and even her mother were seized, taken into an office and beaten by police.

The atrocious incidents took place in Gidderbaha, a town in the district of Muktsar.

Rani, the wife, and her mother, Paramjit Kaur, have filed the case and paperwork against the husband, in-laws and the police officers who beat them.

Both Rani and her mother say that no one has taken any action against the in-laws or anyone and that they have still got her daughter. 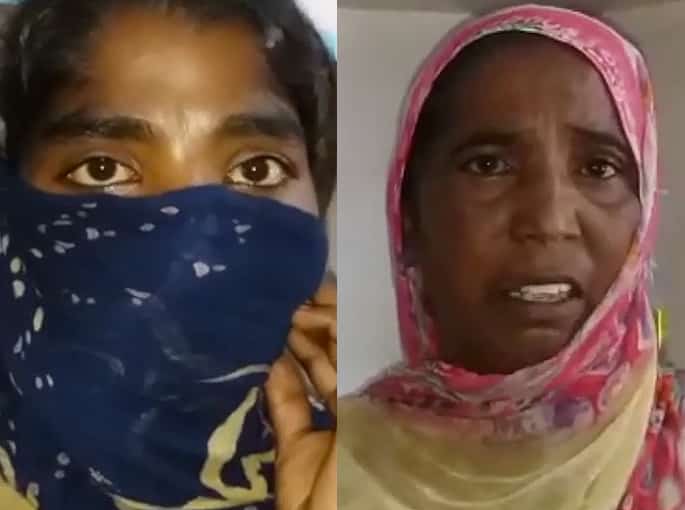 Therefore, they brought their case to the attention of the local media and Amreeta Kaur Warring, wife of politician Amrinder Singh Raja Warring.

“There was a feud with my in-laws.

“They came to get me and my daughter and I did not want to go with them.

“Because they attacked and physically beat me a lot.

“They wanted me to do ‘wrong things’ and I was not prepared to do them.

“My mother-in-law does the same kind of ‘wrong things’.

“They then kidnapped my daughter and took her from me.

“After which we gave pursuit. When I went to grab my daughter of them, they entered the police station.

“When we said give us our daughter back, police pushed me and my mother into an office and they physically beat us.

“Especially, me a lot and then my mother.

When asked what did the police actually do or say, Rani replied:

“They physically assaulted us a lot.

“They also said that the reason why I was not going with my in-laws was because I was being promiscuous elsewhere, with someone else.

“But now after this beating, she will be ‘dancing’ her way back with you.”

Rani, the wife, then said that they have filed a case with the DSP and court regarding their assault and situation on September 26, 2019.

“We were washing clothes when they took the little girl.

“When we got to the police station, they would not give the girl to my daughter and instead turned on us and got us beaten by the police.

“The police were not letting us go until a vegetable seller managed to convince police he knew us and thankfully got us released.

“They have been demanding things from my daughter a lot.

“No one is listening to our case.

“We just want the little girl back because there is no relationship left with them [in-laws] anymore.” 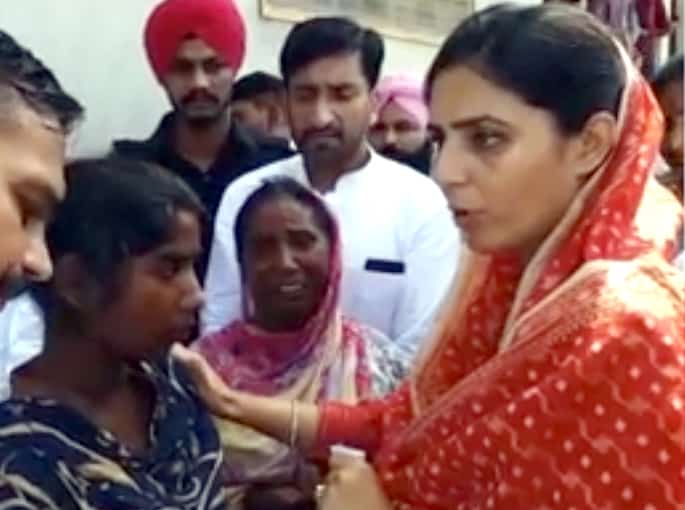 When the Deputy superintendent of police (DSP), Gurtej Singh Sandhu, of the police station was approached about the case, he said it was a minor manner that was being dealt with and refused to comment further.

However, Amreeta Kaur Warring paid attention to the pleas of the women and immediately instructed her aid, Krishan Kumar, to launch an inquiry into the matter of the wife and mother.

Now it remains to be seen what will be the outcome of the investigation and if the women will get the justice and support they want from the police administration.