An Indian wife has filed for divorce and a case of domestic violence against her IT professional husband who violently abused her for not making chapatis a specific size and not following tasks on an Excel spreadsheet.

"While preparing chapatis, I had to ensure that the diameter was exactly 20cm."

An Indian wife has endured horrid domestic violence and abuse from her husband where he required her to make chapatis an exact size and made her create an Excel spreadsheet of chores which she had to meticulously follow.

The woman has had enough and filed for divorce against the man as well as a case of domestic violence against him and her in-laws.

She presented her petition in front of the Judicial Magistrate First Class (JMFC) on grounds of cruelty and both physical and mental abuse since 2008 from her husband who is an IT professional.

The couple married in 2008 and woman claims that the violence started almost immediately after the marriage.

In her JMFC petition, she says her husband would nit-pick on petty issues and find an excuse to beat her and be violent towards her.

She says he allegedly once threw his dumbbells at the computer that she was using and that on the same night later he beat her so aggressively that she had lost her conscious state. Then, he dragged her under a tap and as soon as the water brought her round, he resumed the physical abuse on her.

She also claims he forced her to follow a breakfast schedule and even made her communicate only via email at specific times.

In 2010, things worsened for the Indian wife. She says that he came up with a new scheme to torment her.

In the petition, the woman states that she was told to create an Excel sheet of a list of a daily task list of chores and also to write them down in a notebook.

Each task on the spreadsheet had to have a status – pending, in-process and completed, and each status had to have a colour code.

A separate column had to describe the reason if a task was not completed on its deadline imposed by him.

Each day the wife had to review the details of the task list with her husband verbally and she had to show him the list each week.

The list had to be read out loud to him at a specific time by her. If she didn’t read it at that exact time, he would get abusive and violent towards her. 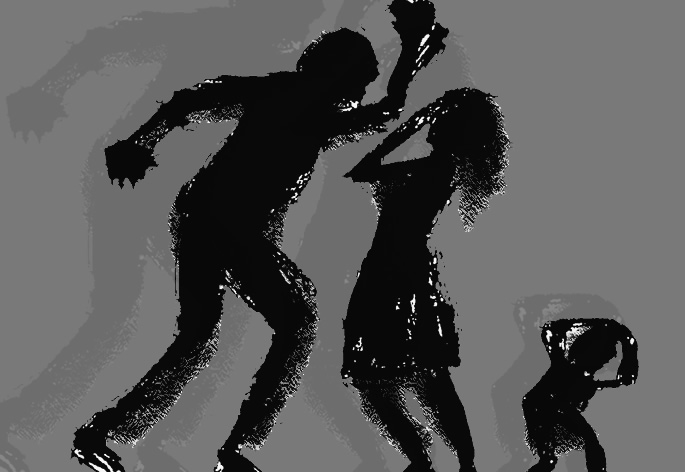 Speaking about her abusive experiences, especially when she made chapatis for him, the woman said:

“My life became a misery. Even for basic chores, I was forced to follow a protocol. While preparing chapatis, I had to ensure that the diameter was exactly 20cm — my husband would measure it every day.

“When it came to getting the wheat ground, every detail regarding the quantity of the grain, its rate, where it was purchased from and the last date of grinding had to be mentioned.

“He abused me in every way possible and forced me into unnatural sex against my will.”

The woman also experienced threats to her daughter at the hands of this man. She recalls:

“Once he got so angry that he got a knife from the kitchen and started chasing our daughter, threatening to kill her.”

“Another time, he poured water on me and made me sleep in an air-conditioned room while I was drenched. He even held our daughter over the balcony railings and threatened to throw her down.”

She states how her husband would also use emotional and blackmail tactics:

“He would often threaten to commit suicide if I did not do as he said.”

The husband was not available for any comment on the matter.

The case will now be handled by the JMFC who will evaluate the petition and findings in order to grant the woman a divorce and any action against her husband and her in-laws for domestic violence will be addressed accordingly.