The Indian government has banned condom adverts to be shown between 6am-10pm, in a move they believe will protect children. However, many question it.

The move also opens up the stigma surrounding sex and children learning of it.

In a controversial move, India has banned the airing of condom adverts during 6am to 10pm on television networks. The government claim this ban will protect children from advertisement they believe is “indecent”.

On 11th December 2017, all networks received an advisory letter from the Ministry of Information and Broadcasting. The note explained that, due to complaints, they would place a ban on these adverts.

The Ministry said: “Some channels carry advertisements of condoms repeatedly which are alleged to be indecent especially for children.”

The letter brought attention to Rule 7 of the Cable Television Network Rules (1994), which states:

“No advertisement which endangers the safety of children or creates in them any interest in unhealthy practices or shows them begging or in an undignified or indecent manner shall be carried in the cable service.”

With this ban, it has sparked a wide debate amongst Indians and whether they agree with it or not. The move also opens up the stigma surrounding sex and children learning of it.

An Introduction to Sex and Relationships

Being the land of the Kamasutra, some have argued that these adverts encourage healthy discussions of sex in India.

Many Indians will recall moments of awkwardness when they watch TV with their parents and a condom advert appears on the screen. While parents are more likely to turn the advert off, rather than be unfazed by it, it provides a chance for conversation.

It also promotes contraception and safe sex. Protecting themselves from STDs and HIV, as well as reducing the chance of unwanted pregnancies.

Condoms are important for those Indian men who use sex worker services in the red light districts of India. Contraception is a must for the safety of clients and workers.

No condom advertisements from 6 am to 10 pm: Smriti Irani's ministry says it is 'indecent for children'

Disagree. If @MIB_India want, they can regulate Ads, set guidelines. Why Ban? Why this Moral Policing?Our children deserve to know about Sex and use of Condoms,no?#CondomAds

But in many Indian households, the entire subject isn’t approached or discussed. Sex education is also not provided in schools. Meaning children are not provided with a clear understanding of sex, as well as consent, relationships and intimacy.

With little sex education about contraception or know-how, imagine then the many worries and nerves of a newly-wedded arranged marriage couple will have on their first night of sex.

Making this concept archaic and not progressive but many do favour it to protect Indian culture from Western values.

Great decision indeed of @smritiirani ji on #CondomAds between 6 AM to 10 PM. Showing vulgur ads under in the name of spreading awareness is destroying our growing youth.Check & balance is must. Can this kind of pictures should be allowed for raising awareness? Of course no? pic.twitter.com/MSOZ0sBxWW

The concern, however, is, with condom adverts facing a ban, how then do children learn about sexuality? The answer is simple – the internet. Child psychologist Achal Bhagat told the BBC:

“If the idea is that sex is indecent, then why only restrict condom ads when other types of sexual content are freely available?”

With a greater access to the digital world, Indian children will be more likely to discover sex through pornography. However, this offers skewed perceptions of intimacy and relationships, potentially creating problems later in life.

Banning #CondomAds between 6AM to 10PM won't help… Today's kids are super se bhi uper, they know technology and internet way better than us.

Perhaps then the focus should be on openly discussing safe sex, rather than banning adverts that promote this?

However, some would argue that businesses behind these adverts glamourise sex. Throughout the years, the focus on advertisement has changed in the industry. Prior the 1990s, they emphasised on the family planning aspect.

In recent decades, the mindset has changed. From creating flavoured condoms to featuring stars such as Sunny Leone in adverts, companies promote the pleasure of having safe sex. 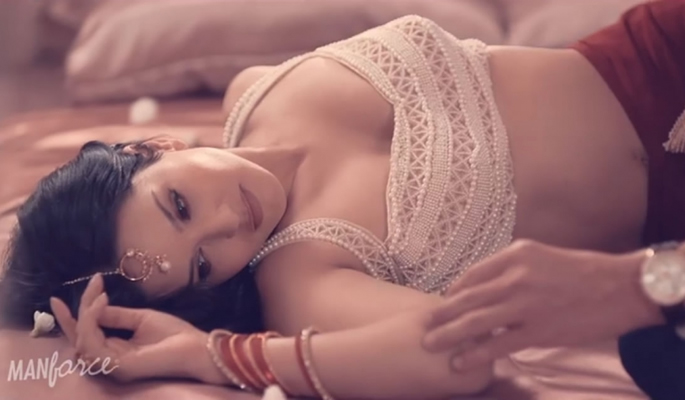 But some would argue this has developed to a point where they glamourise sex. Rather than informing viewers of practical benefits of condoms and showing ‘normal’ intimacy. This could even mean the adverts themselves are creating unrealistic expectations for children.

With this in mind, should these companies rethink on their advertising? Or are they reflecting how young Indians are embracing their sexuality?

Condom ads now must be made the way Royal Stag sells music and CDs on TV. It'll show a man wear some rubber gloves on his hands and the scene would cut to two sunflowers rollicking in the field (it would be a sunflower field just to be clear).#CondomAds #OurBelovedNation

As one can see, the issue of condom adverts carries many areas of discussion. While one can argue the companies themselves are to blame for the ban, others suggest the government should refocus its priorities.

Many would say India is in an age of sexual repression, with daily rapes and increasing number of abortions. Perhaps then, the government is creating more problems with this ban, rather than their intended goal.

Let’s turn the question to you. Do you think the government is right about banning condom adverts until 10pm? Have your say in our poll below: