Flavoured Condoms in India are More Popular than Others

Flavoured condoms are enjoying a massive popularity among Indians as they use them more than any other types, dominating the condom market.

"This is the third phase of evolution, where condom makers want to be seen as 'cool'."

Flavoured condoms have become a big hit in India, as they are more popular than other types of condoms.

Companies claim that flavoured condoms account for 50-70% of the market.

From chocolate to cherry to jasmine, they are creating intriguing flavours to capture their customers. This has even led to the unveiling of new, unusual flavours such as a spicy condom created by ManKind!

But how have flavoured condoms gained so much popularity by a country shrouded by sexual taboos? It seems the answer lies in how the industry markets their products.

In a survey conducted by National Family Health Survey, it found that between 2005-2015, the percentage of Indians using a condom had risen from 5.2% to 5.6%. Overall, it still shows a low proportion, meaning companies have looked in raising the figure.

Decades past have seen the industry go through several waves of advertisement. For example, the 1990s witnessed companies focus more on the pleasure of sex rather than family planning. They would use elements of Bollywood songs and actresses in adverts.

In recent times, it appears the industry has changed its mindset to focus on young, progressive Indians. Hari Desikan, from advertising agency Rediffusion YR, explains:

“This is the third phase of evolution, where condom makers want to be seen as ‘cool’, as opposed to the 60s and 90s when they were meant for awareness and pleasure [respectively].” 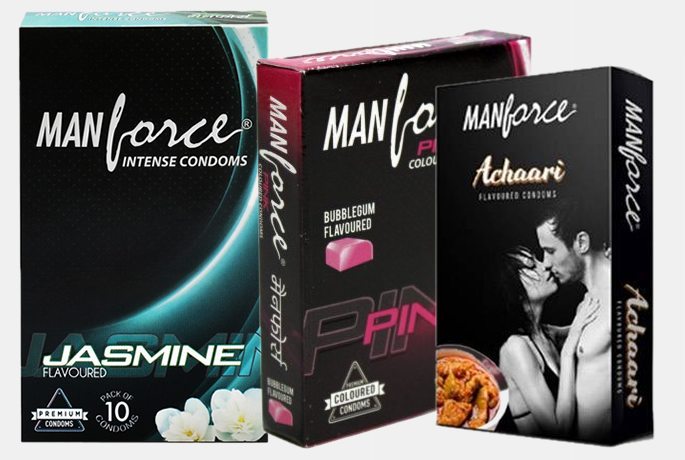 In addition, with more access to sexual content in Indians, it may have led to some adding more to their sex lives. Sex counsellor Rajan Bhonsle believes the popularity of flavoured condoms links in with the rise of oral sex. He said:

“Instances of oral sex are increasing, especially for those who shy away from intercourse.”

Mankind Pharma, the maker of Manforce condoms, became one of the first Indian companies to launch flavoured condoms, specifically chocolate.

First unveiled in 2007, its huge popularity meant Mankind Pharma continued a series of campaigns on their products, with Sunny Leone as their ambassador. 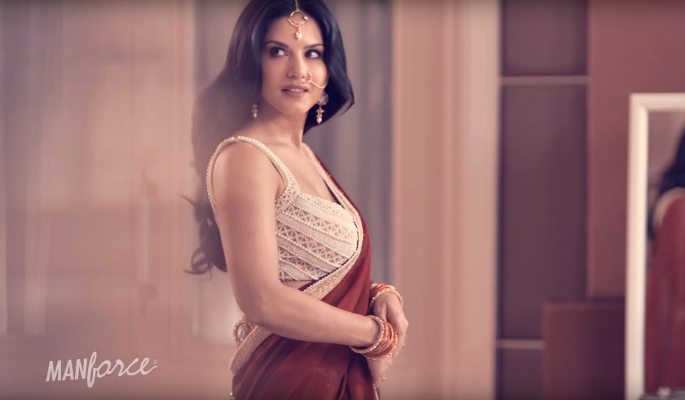 Tapping into a new product at the time made wonders for the company. Manforce now controls roughly 30% of the market and continues to expand their range of exciting products. Their latest, a spicy pickle flavoured condom became unveiled in August 2017.

Described as making your sex life “tangy and tantalizing”, this truly shows how flavoured condoms are dominating this market in India.

The industry has a long way to go to see a huge proportion of Indians using this contraception. But flavoured condoms have already witnessed big popularity. Perhaps they may become the key to Indians embracing condoms and their benefits.