Prostitution is a way of life in India’s red light districts. DESIblitz explores the Indian cities where red light areas and sex workers are in high demand.

There is an undeniable link between prostitution and poverty in India

Amidst the dim, congested alleyways of India, lies the eerily familiar presence of audacious men and women alike, seeking either a night of passion or profit.

Archaic attitudes to sex plague the minds of many across the nation. Despite this, over 3 million women in India form part of the controversial sex trade.

Dubbed the world’s oldest profession, it is hardly surprising that sex work has crept its way towards all parts of the globe, including the conservative confines of India.

Though prostitution is regulated; pimping, soliciting and operating a brothel in a public place is illegal in India.

Brief History of Prostitution in India 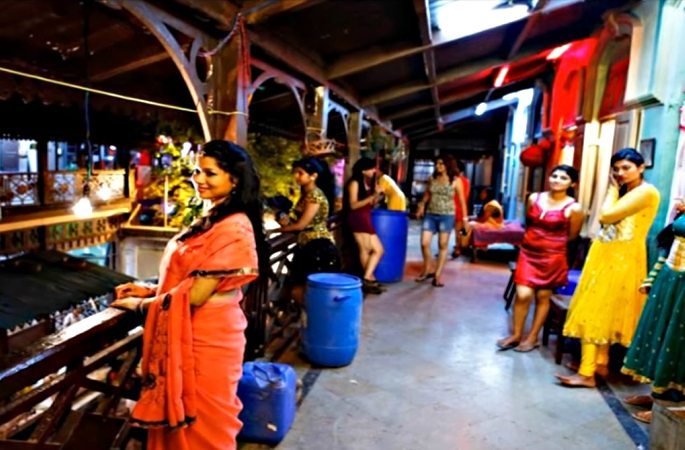 The Mughal Era is frequently cited in the discussion of early evidence of prostitution in India.

Yet the precarious trade can be traced back even before this; affluent members of society requesting women to sing and dance to compete for position of Nagarvadhu; a highly valued spot where the preferred woman would be granted the luxuries of royals, though her duties were limited to fulfilling sexual needs of lords, kings and princes.

Amrapali, a royal courtesan in 500 BC, is the most renowned Nagarvadhu of Ancient India. She resided in the prehistoric town of Vaishali (modern-day Northern Bihar) and is quite possibly the first recorded courtesan in Indian history.

Whilst India was under British rule, prostitution was justified in British India, as a “safeguard against homosexuality,” as worded by British colonialists. And for satisfying the desires of British soldiers residing in India whilst their wives anxiously anticipated their arrival in England.

Across the country, there are eight sites in particular which earn their status as red light areas:

The capital of West Bengal, the bustling metropolis of Kolkata is home to the largest red light district in India, and one of the biggest across the Asian continent.

About a kilometre away from the infamous 19th century built Marble Palace, an estimated 14,000 women earn their living through sex work.

Of course, an inevitable consequence of increased sex is the increased risk of disease. Approximately 5% of prostitutes in India are HIV positive, demanding a desperate call for change.

The Sonagachi Project, founded in 1992 by Public Health Scientist Smarajit Jana, (now predominantly run by prostitutes) empowers sex workers to insist on condom use and to speak up against abuse. 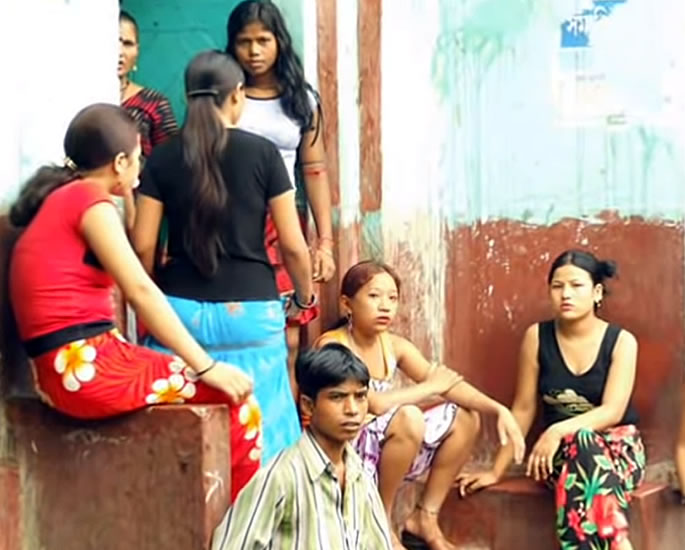 One of Pune’s most commercial zones, the area is also known for its lavish Ganesh temple, Dagadusheth Halwai Ganapati, for which it allures thousands of Hindu Pilgrims annually.

Ironically, not far from the holy site is the red light area of Budhwar Peth, which is said to be the third largest red light district in India, bearing over 5,000 sex workers. 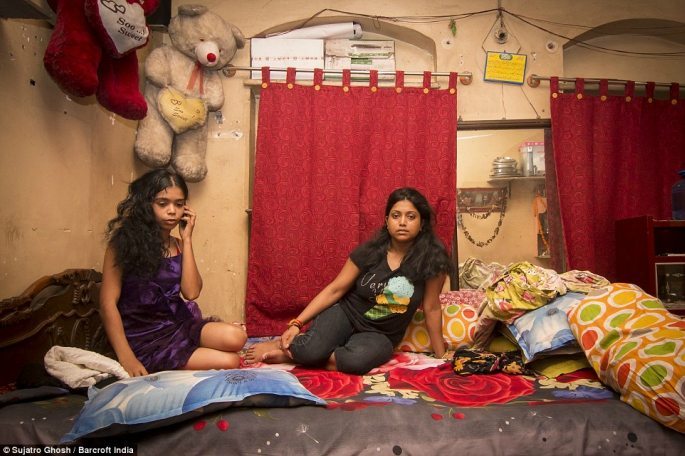 Dating back to British rule, Garstin Bastion Road inherits its name from a British Officer of East India Company. It garners its fame from its several hundred brothels, a hotspot for over 1,000 sex workers.

Amongst the most populous state of northern India, Uttar Pradesh, lies the animated town of Allahabad.

Noted for captivating visitors with its cultural, historical and religious tourism, the lively city of Meerganj has also drawn much attention for its frequent occurrence of illegal trafficking and forced prostitution. 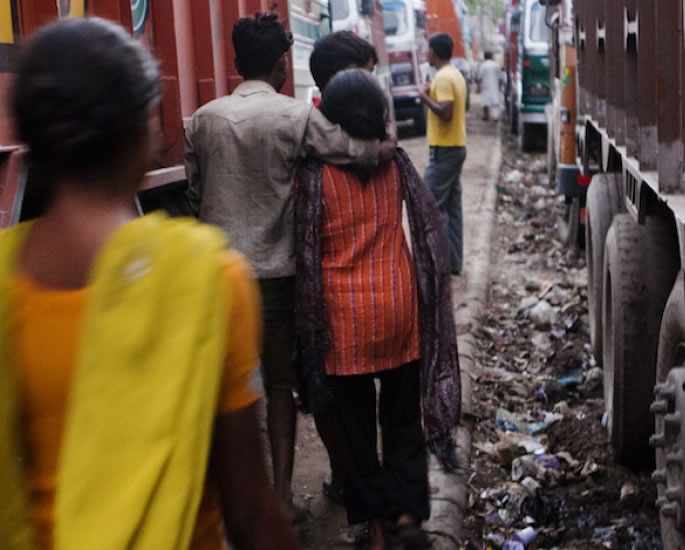 Also situated in Uttar Pradesh, the red light district of Shivdaspur lies on the edge of one of India’s holiest cities, Varanasi.

Home to approximately 2,000 sex workers, many of which are underage and forced into the trade. The craft of the sex business is not only immoral but often sustained by corrupt police authorities, who have contributed to the implementation of brothels.

In the Indian state of Maharashtra, Nagpur is the third largest city which is notorious not only for its red light area in Ganga Jamuna but also for its growth rate of criminal activity.

The biggest red light district in North Bihar, it was this region where Sarat Chandra Chattopadhyay met Saraswati and wrote his successful novel turned film, Devdas. 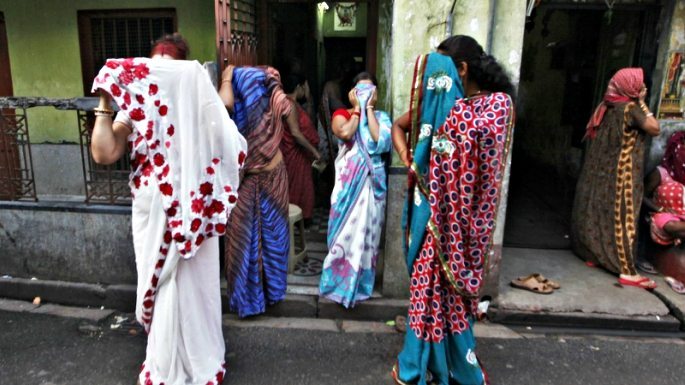 Prostitutes are portrayed as women of loose morals. Promiscuous. Shameless. Unchaste. Yet, not a single consideration is made to the perilous journey which lures them to their destination.

According to recent studies by a World Bank report, a staggering 30% of the population are living under $1.30 a day. That’s 224 million Indian citizens.

“India is by far the country with the largest number of people living under the international USD 1.90-a-day poverty line, more than 2.5 times as many as the 86 million in Nigeria, which has the second-largest population of the poor worldwide.” (World Bank Report). 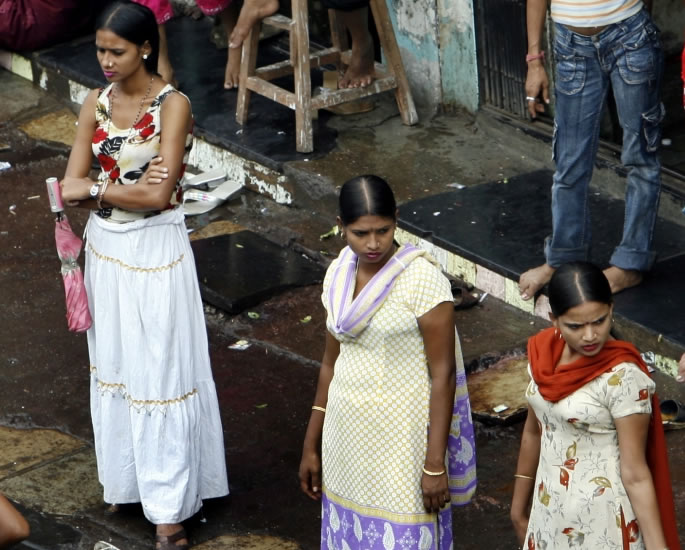 There is an undeniable link between prostitution and poverty in India. The illiterate, having only their bodies to offer, are often forced into the trade, being their only route to survival.

A majority of the sex workers are born into the profession, rejecting any opportunity for children to gain an education and live ordinary lives.

Instead, both girls and boys are likely to be exposed to sex work first hand.

The multi-award-winning documentary, Born Into Brothels, illustrates the challenges faced by children of sex workers in Sonagachi. The struggle in accepting their harrowing reality, whilst latching onto hope for a new beginning.

13 girls from Kamathipura are a prime example of this ray of hope. Kranti, a group of young women raised in Mumbai’s red light district, aims to inspire and empower trafficked girls, pushing them towards revolutionary change.

More recently, they have been battling the stigma surrounding sex workers through artistic means. Theatrical performance ‘Lal Batti Express’ depicts the routine hardships of children of sex workers and their uplifting approach to overcoming them.

Though this cannot resolve all the problems surrounding India’s sex industry, it most certainly is a promising start.

Kranti’s bravery and will to assert change is impacting lives of children worldwide, restoring their faith in humanity, and most importantly, themselves.

In a male-dominated environment, red light districts in India will still have their place but the problems associated with the attitudes towards sex workers and support for them will most likely be another chapter in India’s future sexual history.

Why is Mental Health still a Stigma for British Asians?
Snapchat Nudes and Where Do they Really Go?