The days of Indian VIP’s ruling the roads with a flashing red light are soon to be over. Narendra Modi has issued a ban on them saying all Indians are VIPs.

Only emergency services are allowed the red light.

The ‘red light’, which has appeared on many Indian VIP cars through the decades, will now face a total ban. No longer will they rule the road across the country.

It will go into effect starting from 1st May 2017. From that date, only emergency services are allowed the red light.

Indian Prime Minister Narendra Modi has issued the ban, claiming that all Indians are VIPs. It will even affect Modi himself, as well as the President and the Chief Justice of India.

Therefore, the government appeared keen to tackle the culture of favouritism red lights on cars have created.

In the past, this light, placed on top of a car, gave an Indian VIP the authority to force other drivers on the road to stop, so that they can continue their journey without delay.

It doesn’t matter if the VIP was a minister, judge or police officer. Once they had this red light on their vehicle, they arguably ruled the roads. 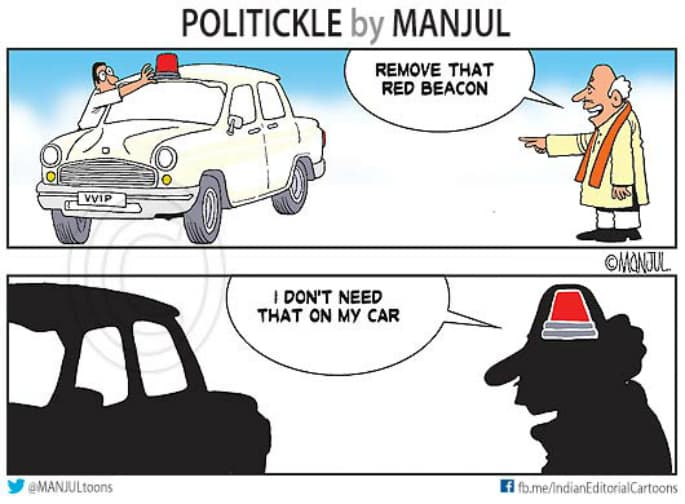 However, Narendra Modi has recognised how this culture affects everyday citizens. They risk missing appointments, arriving late to work and other troublesome hassles.

Therefore, he tweeted official news of the ban, saying:

Many have praised the Prime Minister for making a bold decision, which will undoubtedly affect many Indian VIPs.

But he makes a very good point banning the red light. In the UK, figures such as politicians do not have this similar treatment of a special light. If such a thing were introduced, a public outcry would arguably occur.

While emergency services do have special lights and sirens, there is a good reason why traffic needs to stop for them. These services need to save people.

And while some MP’s may need police escorts, they still do not dictate the rule of the road. They don’t have special lights on each individual car either. The public would mock such a sight.

With countless incidents of emergency services failing to save people due to this Indian VIP culture, they now have better odds.