Switching from Salwar Kameez to the Army boots and gear, meet Azi Ahmed, as she tells DESIblitz about her SAS training, cultural challenges, and book.

"It gave me a completely new outlook, I felt my body shape changing."

Defying gender stereotypes and crossing cultural barriers, Azi Ahmed, the British Pakistani woman who, amid traditions and confusion, took the snap challenge and applied to train for the Special Air Service (SAS) of the British Army. The training, which was eventually scrapped and labelled simply as an “experiment.”

Now, an entrepreneur and former Tory parliamentary candidate, Azi Ahmed is renowned in Britain for being “Worlds Apart: A Muslim Girl with the SAS,” the title of her book, released in 2015, about her experiences.

Speaking to DESIblitz about her incredible training, Azi recalls how it all started with a complete shock, which changed her mental state:

“Once I was given my army number it felt like I had been given a new identity,” she says.

Born into a devout South Asian family, she kept her training a secret. Demolishing the walls and crossing the boundaries that disconnect tradition from freedom, Azi was balancing between two contrasting worlds. As a female SAS trainee, and as the daughter her parents wanted.

But, above all, the mixed emotions made her feel proud, to be a part of the first time ever female recruit, with the most elite forces in the British Army. Strikingly, in a man’s world. 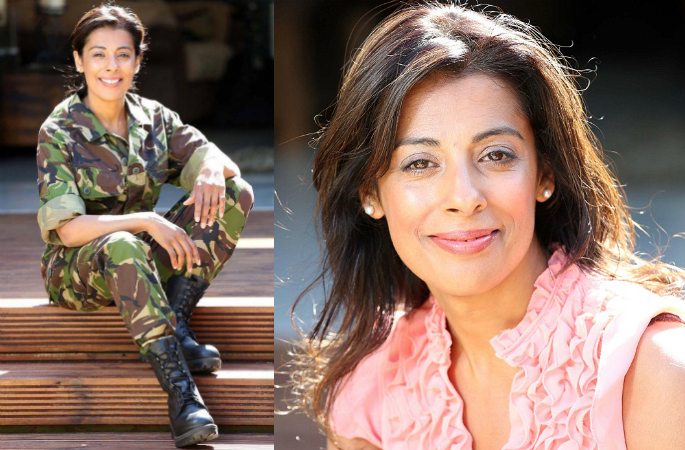 It all began with a friend’s suggestion to join the Territorial Army. Moving to London away from her family in Oldham gave Azi independence and new ambitions. But, also made her restless.

Little did she know of it being just a trial, Azi soon became part of an unfamiliar SAS experiment. The scheme, which was the brainchild of a colonel, gave women the chance to see what it takes to join the Special Air Service.

Azi Ahmed tells DESIblitz: “I knew nothing about the SAS but when I read the recruiting material I was intrigued because it was described as the elite unit.

“Throughout my life, I had always tried to be the best I could be and set my sights high. I had no idea just how tough the training would be, but once I started I was determined to get through it.” 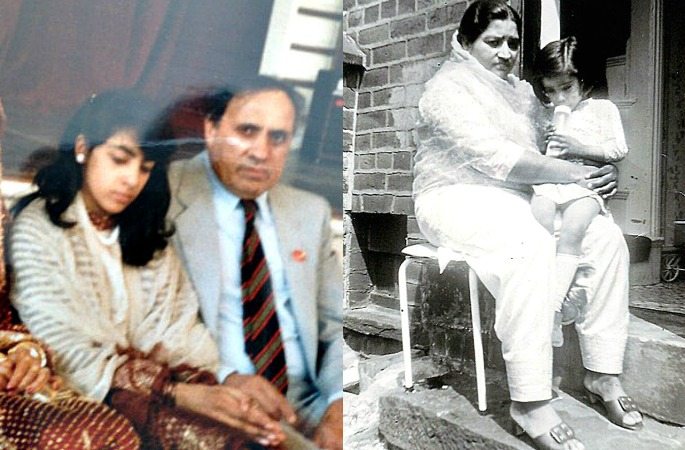 Being part of the extraordinary, breaking traditions and living a double life, Azi is an example for those who struggle to deal with an identity crisis, and wrestle constantly with the question, ‘Who am I?’

Although the balance of career and home life seemed under control for Azi, they truly were worlds apart. Her transition from Salwar Kameez to the Army clothing gave her a split personality. Between the clothing of two worlds: “I never felt really connected in either world,” she says.

However, Azi adds: “Once I got into the training and started taking it seriously I really identified with the army.

“It gave me a completely new outlook, I felt my body shape changing and began leaving work early because I couldn’t wait to train.”

Her parents, unaware of their daughter’s Army aspirations, expected her to find the right husband, marry, and have children. Had she announced to her parents about joining the Military:

“They would have been horrified. I could not possibly have told them I had secretly joined the Territorial Army and I led a double life, never revealing what I was doing,” she asserts.

Ironically, Azi’s father had served in the British Indian Army: “So would, at least, have understood what I was going through if I’d ever been able to talk to him about it,” she says.

Balancing between her faith, South Asian family life, and her armed forces life, is perfectly illustrated at one point during the training:

“I was given pork rations for breakfast, though obviously couldn’t eat them. I sneaked a cheese and onion sandwich into my Bergen [rucksack] but didn’t want to admit it because it would make me stand out,” states Azi.

She had never been a Girl Guide, never slept outside as a kid, and so everything about the Army world was alien to her. From knitting and sewing to running and climbing, Azi Ahmed managed to set scales between two completely different lifestyles and values:

“I used to take the train from London to Manchester and change my clothes, but I also changed my personality – as soon as I got off the train I could feel myself becoming more subservient.”

But, What Happened at the Last Minute?

The brainchild of a colonel, who had put his career on the line, to give women the chance to train for the SAS, had left, and the scheme came to an end.

“I was summoned into an office. An officer, whom I didn’t know and hadn’t met before, talked to me for around ten minutes, but it was such a blur of confusing military jargon I didn’t really understand what he was saying.

“I just remember being told I wasn’t being allowed to finish the training course and to hand in my kit. I was so shocked I didn’t ask any questions. It was only when I got outside that I started to feel angry. I asked myself what all the sacrifices had been for and whether it had all been worthwhile.”

She wasn’t told officially that the training was only an experiment. Rather, she was informed by a friend from the female selection that the course had ended:

“She told me they had never intended for us to pass the course – it was just an experiment. I never understood the politics behind it,” she expresses.

Worlds Apart: A Muslim Girl with the SAS by Azi Ahmed 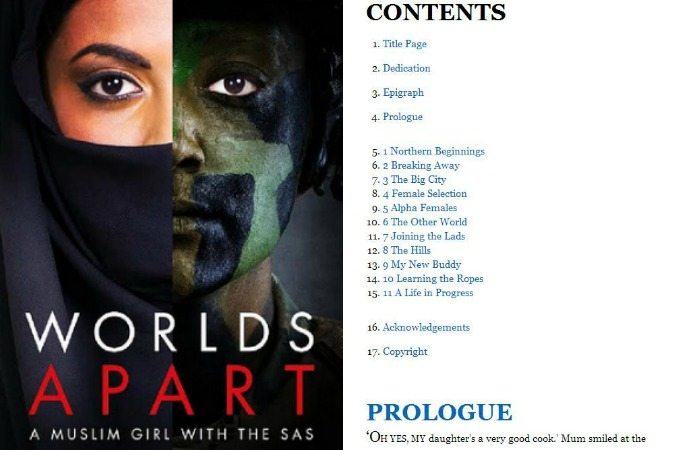 Through her book, as titled above, Azi Ahmed wants to encourage more women to join the Army:

“I want to empower people and make them realise that, no matter what their background, they can find a role in the armed forces.

“I also want to encourage Muslims to be proud of their British identity and challenge the perception that non- Muslims have of the Muslim community.

“That perception has got very boxed in and if the book helps changes the way people think then I’m delighted by that.” 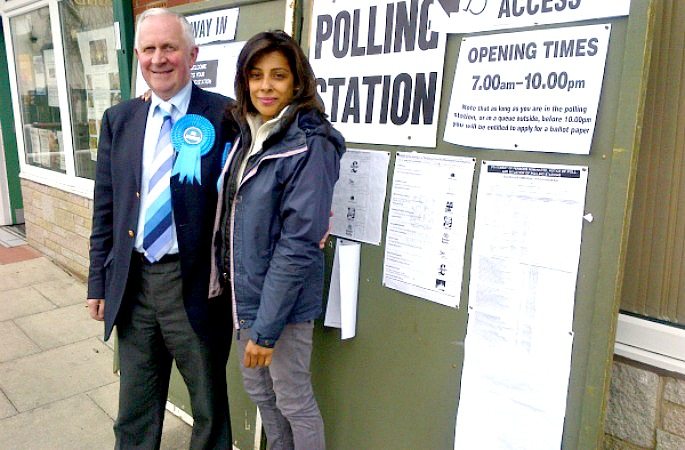 The SAS training, as well as writing on her experiences, has changed her for the better she says:

“I have learnt so much from the experience and become a lot stronger. I came across a tapestry of people I would never have met in my normal office life and that has changed my perspective and opened up new opportunities.

“I grew up in poverty and that meant I used to think only about my material status and making money, I didn’t really think about contributing to society. The army made me think differently and question my role in society.”

“That took me into politics and standing for the Conservatives in Rochdale at the 2015 election. I would like the chance to stand again because I think my background and perspective make me different from most conventional politicians.”

“Go for it. You’ll learn so much about yourself. You’ll realise anything is possible – the sky really is the limit.”

From a salwar kameez to the British Army, Azi’s journey is no doubt an interesting one. However, since the book’s release, many have questioned the integrity of her story, accusing her of lying about her SAS training. But the former Tory parliamentary candidate is adamant that what her book reveals is a complete truth.

By standing up to her third party critics, Azi hopes to inspire other women to consider a career in the military. And by doing so, encourage British Asian women, in particular, to hold their own in a male-dominated society.

Azi Ahmed is the author of Worlds Apart: a Muslim Girl with the SAS (The Robson Press £17.99).

Images courtesy of: Azi Ahmed & Worlds Apart: A Muslim Girl with the SAS.