How Feasible is Veganism for South Asians?

Veganism has started to become a lifestyle change for many people, but it has pros and cons. We explore how feasible it is for South Asians.

many people may turn to veganism for a healthier lifestyle

Veganism is a lifestyle. An existence which demands more discipline than a majority of chosen dietary regimes.

Essentially, no animals can be harmed in their lifestyle. Veganism is more than no meat. It also embraces no fur, no animal testing in products used in makeup or cosmetics.

The core belief is no animals deserve to be harmed for human consumption.

During the last few years of the 2010s, interest in veganism has skyrocketed, with more people opting for this lifestyle.

There are a number enticing motivations to dabble in veganism, with ethical and environmental reasons taking centre stage.

People often opt for a gradual fade and become vegetarians before delving into the world of veganism.

The question remains, is it feasible?

In America, there is a high relapse rate for veganism, reaching 84% of people consuming meat one year after becoming vegetarian or vegan.

But even those who ‘relapsed’ from their diet maintained a reduced consumption of meat.

It is important to note, for people interested in becoming vegan, it does not have an absolutist diet, where if you eat dairy once you can no longer be vegan.

The idea is to adhere to the lifestyle as best as you can.

Even though there is an increase in food products orientated towards veganism, such as vegan cheese (sheese), and vegan ice-cream, the issue remains of price and availability.

Veganism may have monumental changes for an individual’s budget and lifestyle. These factors are vital to consider when questioning just how feasible veganism is for South Asians. 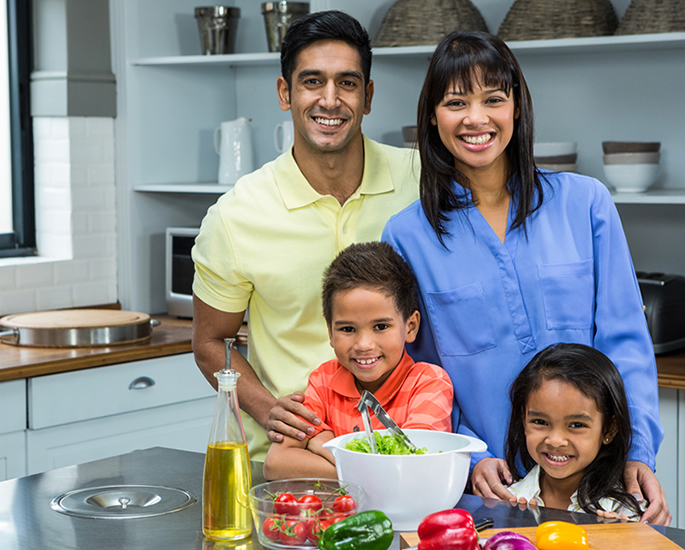 In a shocking turn of events, a study found more vegetarians are becoming obese in India. Compared to people who do eat meat in India.

Exploring deeper into the study, there is one distinct difference. More vegetarians are dining out and eating food high in cholesterol and fat.

Rendering the point, just because it is vegetarian does not mean it is automatically healthy for you.

There was a higher number of cases for women, and it was noted by the author of the study, this is different in the ‘western’ world.

In places like the UK and USA, a vegan diet helps reduce the chances of heart disease and risk of cancer. This could be down to a difference in the way a vegetarian diet is greeted in separate countries.

Lifestyle is integral in determining health, and whilst many people may turn to veganism for a healthier lifestyle, it is up to the individual to maintain what they are eating is good for their body.

Further research has shown British Asians are 50% more likely to die from a heart-related illness. Although not completely known why, a contributing factor may be due to the excess levels of meat consumed, relative to fruit and vegetables.

The website highlighted above shows alternative ingredients widely used in popular South Asian dishes, and what could be negotiated out to mimic an authentic taste and create a healthier lifestyle.

Veganism is influencing our consumer habits more than we realise. Reducing meat in our diets is recommended, and is now a more available option in the western world, with supermarkets providing abundant alternatives.

This would make veganism a sustainable and feasible lifestyle amongst South Asians as it is becoming widely accessible.

Without the need to find new recipes, ingredients can be swapped easily to uphold a vegan diet. The only thing now required for an individual would be ample motivation.

Motivation may come in many forms. With an increased interest in the environment, many people are becoming more vigilant of the climate damages contributed by having a meat-based diet.

With vegetarianism on the rise, people are keener to take that extra step and plunge into the world of veganism.

There is a generational gap. The younger generation (millennials and Gen Z) are showing greater interest in switching to a plant-based diet, with simple changes like reducing meat from their meals three times a week.

There is still a split amongst South Asians. The swap to veganism may be more feasible for those who were raised as vegetarians. 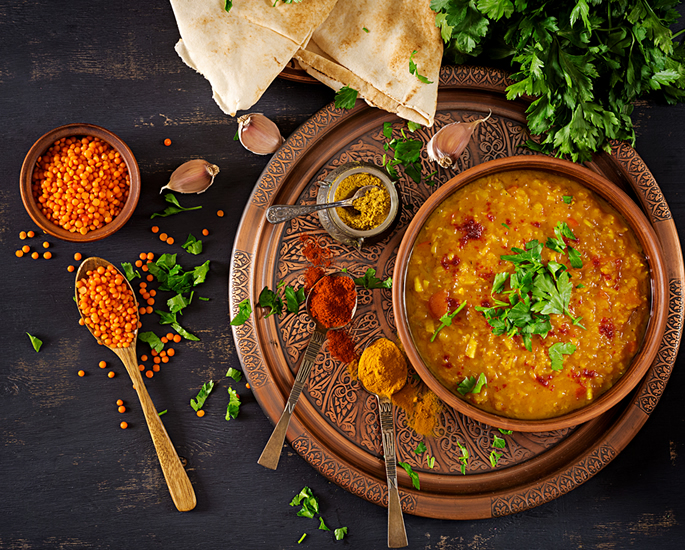 In India, 40% of the population are vegetarian. This lifestyle is often passed through generations, largely due to cultural and religious reasons.

The followers of Jainism, practice lacto-vegetarianism. Jains oppose to consuming animal products such as meat, fish or honey, based on the belief of nonviolence.

Any act which injures an animal, whether intentional or not, creates harmful karma. Their diet ingrains lacto-vegetarianism into its core, with many scholars supporting veganism.

Having a vegetarian diet deep-rooted into your life may make any transition to veganism easier.

The decision to delve into veganism will be hard. What is suggested is small bouts of dedication and gradual phases.

Pakistan has reported an increase of vegetarianism. This made news because Pakistanis are notorious meat-eaters. However, this report does illustrate the ease of gradual diet changes, and how veganism is very much feasible for South Asians.

As the world is developing, veganism is proving to be more feasible for any ethnicity, especially more so for South Asians. 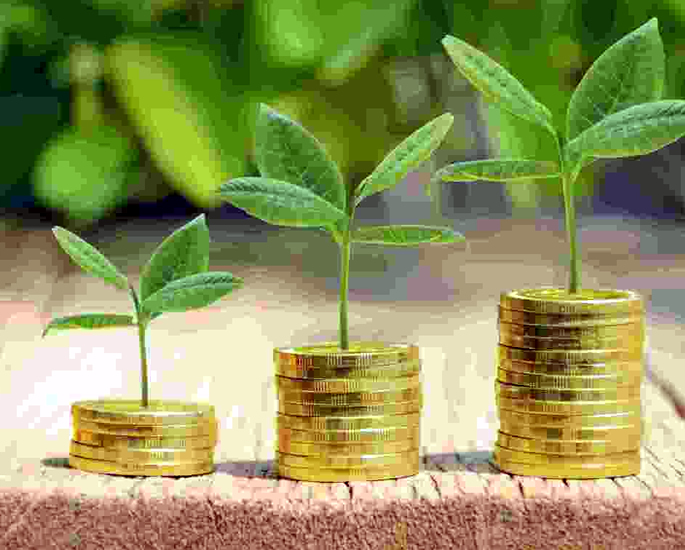 Although it may be realistic in terms of lifestyle, how feasible is veganism in terms of finances?

66% of British South Asians are in employment. 6% are not while 28% is miscellaneous. Now, the question of finances arise.

42% of Indian households have an average weekly income of over £1000. Pakistanis with a weekly household average of £1000 is 20%, the same being for Bangladeshis.

The yearly average cost for veganism is £2000 more than a ‘regular’ diet.

However, this report has noted any restricted diet, such as vegetarianism, or eating halal meat costs an excess average of £162 each month.

31.4% of people surveyed also thought plant-based products are too expensive against the volume of food received.

The cost of veganism is something many people may not be able to afford. With income reducing, there may be an issue finding high amounts of nutrition, for less.

Meat is popular due to its low cost. However, there are ethical issues such as the moral treatment of the animals as well as implications such as hormone injections.

Yet, meat provides high protein at a relatively low cost. Protein being a staple in our diets is something our bodies need to grow and develop.

To match that in plant-based terms, would require a far more amount of finances and understanding of nutrients.

Making a complete swap would require more time to prepare and a deep understanding of the basis of daily nutrients.

Finances may be a problem. Families on low income would be rightly wary of delving into a diet with more restriction and less cheap availability than someone who has the finances to support any dietary changes.

Unfortunately, this also extends to clothes.

Veganism condemns any animal products in their lifestyle, meaning items such as leather or wool for clothing are banned.

Sustainable and eco-friendly items are generally more expensive. Demanding a larger budget for daily products. This creates an issue for people who cannot cope with new demands but wants to partake in veganism. 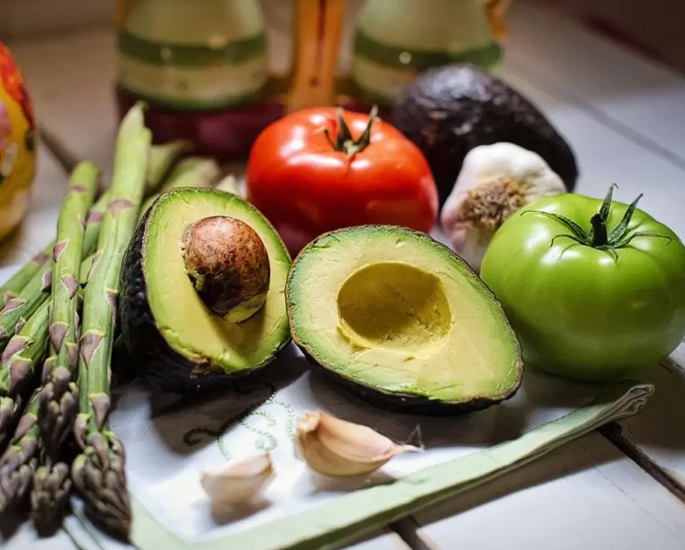 The financial cost of veganism is high. For health and motivation reasons it is advisable to gradually phase in elements of veganism sustainable to an individual’s life.

For some families, this eventual change would hurt their quality of life. Complete transformation into veganism seems damaging.

Leaving them with the option of making changes where they can, if this is a lifestyle they wish to pursue.

Therefore, depending on the individual, veganism may not be feasible for all South Asians.

Veganism may be achievable for some South Asians. Yet, it has to be an individual choice. Factors largely depend on family lifestyle and household income.

However, it is a lifestyle possibly accomplished through dedication and motivation. The fundamental trick is to find foods which are right for your body.

Understanding the lifestyle and what sacrifices are being made is vital for this dramatic change.

But ultimately, veganism can be feasible for South Asians.

Hiyah is a film addict who writes in between the breaks. She sees the world through paper planes and got her motto through a friend. It’s “What's meant for you, won’t pass you.”
10 Delicious Vegan Paratha Recipes
20 Best Restaurants in Pakistan worth visiting